Why my pregnancy is transforming my body image for the better

At 11 weeks pregnant, I have little to show for in terms of a bump. But I’m beginning to walk with a newfound purpose. Already, I feel different in so many ways knowing that there’s another being growing inside me.

Oddly enough, while focus has been on my future baby, my pregnancy is allowing me to see myself in a new light, even in its early days. My body is becoming fuller, my clothes are already becoming tighter, but I hardly hate what I see in the mirror. By embracing this fullness, I feel powerful. Before, I might have felt less than because of the extra weight.

I identify as a feminist-in-progress, but loving myself for all that I am has never been easy. I am 4’11 and have weighed 108 lbs. for most of my life, but I’ve always been curvy. I’ve never been tall and slender, never long-legged like the models that bombard me through advertisements, Instagram feeds, and celebrity news banners. I’m small. I’ve gone unnoticed at hostess stands. I’ve had to speak up to make my existence known.

I was in college when I became acutely aware of the body comparison epidemic that plagued me any time I went on social media. As a psychology major and member of a clinical psych research lab, I decided to create my own experiment, a study that was later published in the International Journal of Eating Disorders. It was one of the first studies to find a significant relationship between Facebook use and anxiety, as well as a preoccupation with weight and shape in college women who used the site. When the findings revealed themselves through statistical analysis, I was like: Yeah, of course. I live this. 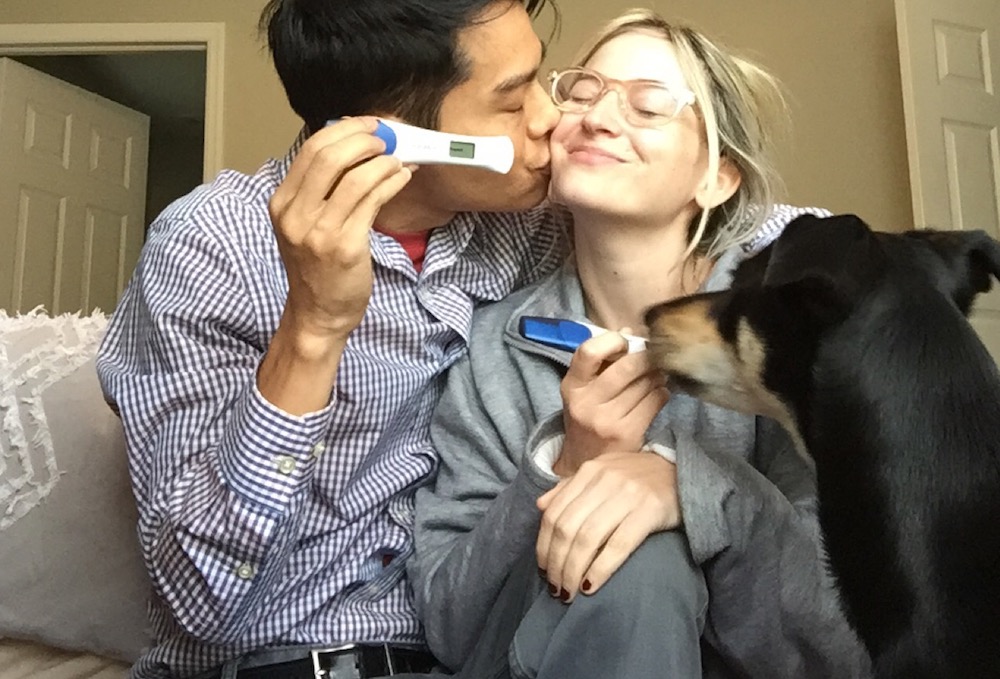 Even with this knowledge, it’s hard out here. It’s hard seeing meticulously curated images of thin women in your own circles looking effortlessly model-esque, all while knowing that you’ll never be quite as long or thin or effortless. But even in the early weeks of pregnancy, I’m allowing myself to step on the other side of the hard-drawn line of body acceptance. I know now that my body is changing, and that’s okay. I’m basically living in aviator-type jumpsuits because that’s what is comfortable, and I’m kind of loving it.

For the first time, I can leave the house without caring about the flatness of my stomach or the possible flabbiness of an arm.

Leading up to my wedding (which was only a few months ago), I was obsessed with what I ate. I would go to the gym and excessively stair-master even though it was boring as hell. Sometimes I weighed myself three times in a day. I was restricting my calories and being critical of my body, and for what? Because on one day everyone’s eyes would be on me? Was that worth it? Hardly.

I’ve never been diagnosed with an eating disorder, but I would say that many women—including myself—fall somewhere on the spectrum of disordered eating. I think more people experience body dysphoria these days partially because we are constantly bombarded with so many images of the thin ideal—literally photoshopped images that we can’t possibly, healthily compete with.

But being pregnant is changing some of this for me. And I didn’t quite see that coming. 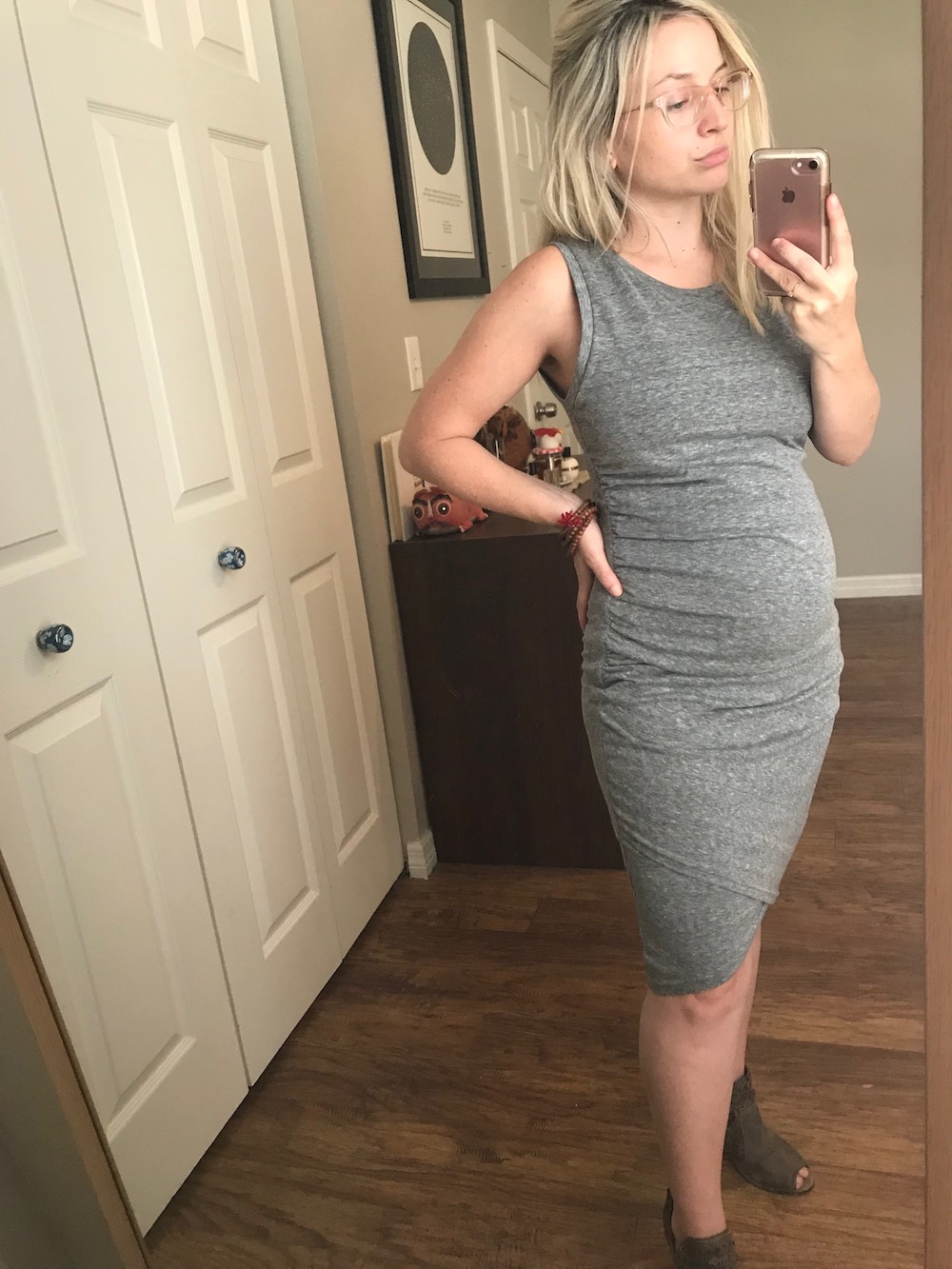 I’m gaining a few pounds, not losing them, and I feel a newfound power and comfort in my body when I walk down the sidewalk in one of my jumpsuits. I’m becoming unconcerned with my reflection in the coffee shop window, and more concerned with how I’ll shape the world for the person soon coming into our lives. When it comes to social media’s impact on my sense of self, Instagram suddenly feels so small and meaningless (because it is). I wonder why this feeling was so hard for me to find all along. Why did it take becoming pregnant to start loving myself fully as I am? It makes me sort of sad, but I’m grateful for the beginning of this transformation nonetheless.

At 11 weeks, other people may not know I’m pregnant yet, but I feel free to indulge in whatever my body is asking for regardless of what others think. I know that the calories will help my baby grow to be healthy and strong, and that the calories are helping me, too. I already feel less scrutinized and more comfortable and confident in my own skin.

And this, I’m starting to think, is what they mean by “the glow.”

It’s not a physical glow per se, but it also sort of is. It’s coming from the inside and shines outwardly.

Like a sigh of relief, this transition period is releasing self-imposed pressure to fit into the societal mold for women. It’s given me permission to live more freely, and not only for the new life I’m growing, but for the person I’m letting myself become.