By Rosemary donahue
Each product we feature has been independently selected and reviewed by our editorial team. If you make a purchase using the links included, we may earn commission.

Jamie Oliveira’s photobook (more than) dust is not something that should have to exist — but it does, and it exists unapologetically. The book features portraits of cisgender women, trans women, and nonbinary people, accompanied by photos of toxic things that have been said to them — the hurtful quotes written down and recreated for all to see. The vibrant photos evoke vulnerability, anger, strength, the possibility for healing, and much, much more. 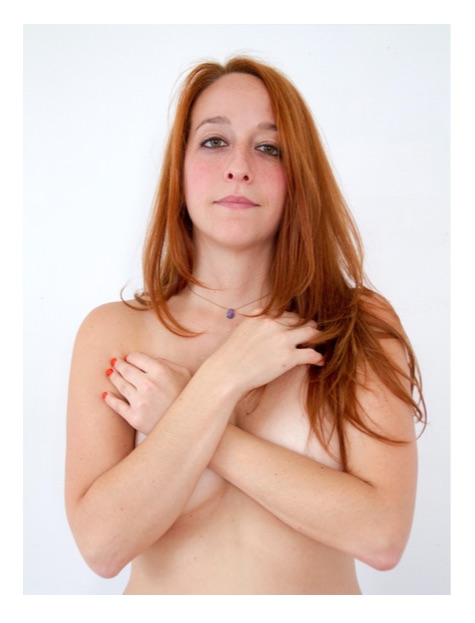 While (more than) dust was a huge undertaking, it began with one self-portrait. In 2013, Jamie was reflecting on how she’d internalized toxic messages from previous relationship dynamics, when (in an effort to heal) she decided to post a self portrait on her blog with a list of hurtful things that had been said to her by her ex-partner and her family. The response was overwhelming. She then decided to put a call to action on Facebook, as well as posters around the Bay Area, asking other people to share their stories with her — just to see what might happen. 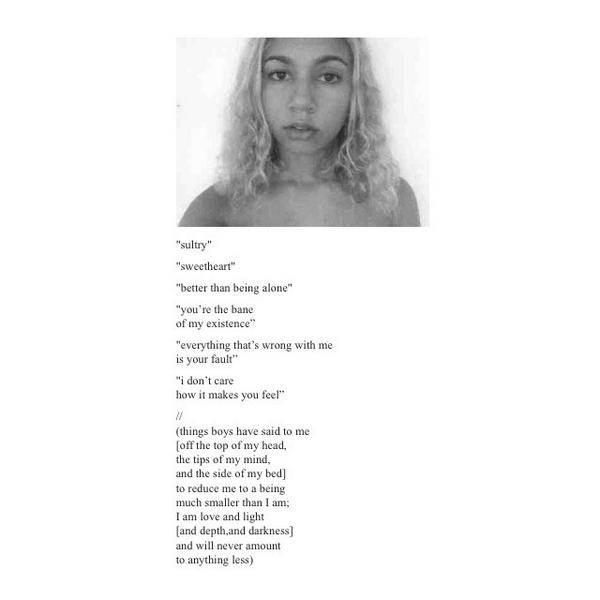 Share, people did. With the outpouring of responses Jamie received, she decided to create a photobook documenting the stories of those who reached out to her as survivors of emotional abuse. She sought funding via a Kickstarter campaign and received backing from 141 people. Just last week, two years after the ball started rolling, she sent out her first run of the completed books. 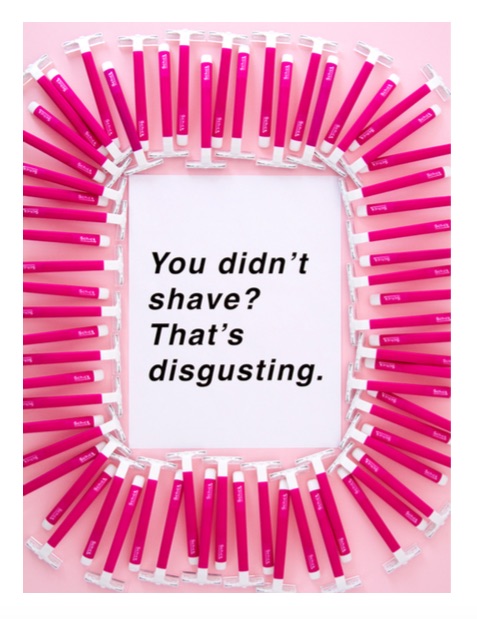 The portraits themselves are beautiful and strong; these people are clear survivors, and proof that strength can co-exist with vulnerability. Oliveira purposefully juxtaposed the portraits with the stark imagery of the harsh text. This juxtaposition shocks readers into reality — the reality that abuse is not always physical or obvious, it can be as quiet as a whisper, and it can happen to anyone. We interviewed Jamie about taking on such a huge and emotional project, what the response has been to her work, and how she’s taken care of herself during the process.

HelloGiggles (HG): Can you tell us a little bit about your initial self portrait, and how this project originated?

Jamie Oliveira (JO): In 2013, I had recently come out of a really toxic relationship. One day, after returning from a family trip to Japan, I was thinking about how I had internalized some of that treatment — not only from my ex-partner, but also how some toxic dynamics were at play in my family, and I got into a really reflective mode.

Part of healing, for me, is sharing these various experiences, and trying to see how I can expel them, so I posted a self portrait on my blog with a list of hurtful things that had been said to me to try to pull them out of myself. I received a ton of support, and one of the women who is actually featured in (more than) dust commented and suggested that I should turn it into a platform for other people to share. It just happened organically, and I put out a call to action asking for other people to tell their stories.

HG: Was that initial post cathartic for you, or did you feel overwhelmed because of the huge response?

JO: It really did feel cathartic. I was carrying a lot of things with me, and I didn’t know where it was safe to talk about those things. For some reason, it felt safest to open up publicly, because my words and images could reach other people online. Using the Internet to talk about these sorts of issues has always been a great way to navigate interpersonal spaces, for me. 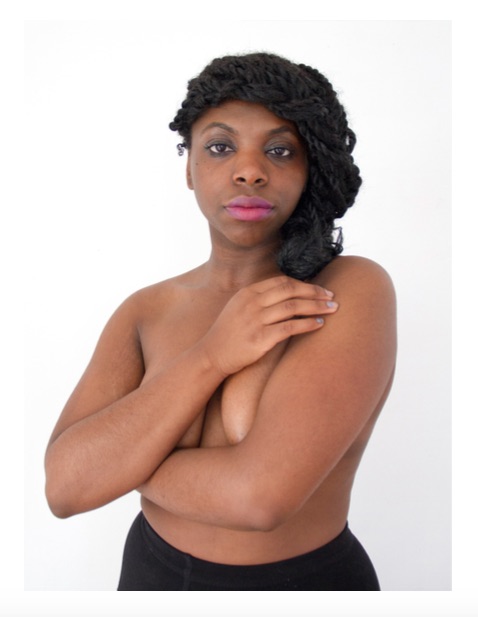 HG: Because this process began out of posting your own self portrait, you’re obviously very emotionally involved. How have you engaged in self care during this process?

JO: A lot of making this book just had to do with making space for a range of emotions, whether anger, sadness, pain, or healing, and letting myself hold space for those emotions. I feel like I have a direct channel to my own emotions now. While making (more than) dust, I felt angry a lot of the time, because these stories people have relayed to me are hurtful, but I learned to channel that into the art of making the images. It was really healing to feel like there was a channel to put my emotions in, while at the same time really learning to experience them.

At the same time, it was pretty emotionally draining, as much as it was healing. When I felt like I didn’t want to work on it, I simply wouldn’t. The book was funded on Kickstarter, so there was a deadline of sorts, but I actually didn’t have it done by then because there were times I really needed to focus on myself. I really needed to put my needs first, and that was okay.

HG: Absolutely, that’s an important part of healing. What has been the reaction to the project?

JO: I’ve received a pretty extreme reaction on both ends of the spectrum. There are people who have been really excited that it’s happening and think the work has a great potential for healing, and then there are people who have really negative things to say. With any kind of artistic or political act of resistance, there is going to be an equal resistance, so I was expecting some of that, but I didn’t anticipate the lengths people would be willing to go to to shame this work, even before I was finished. I honestly just didn’t realize the idea could evoke so much hate — a hate video was made, just because I was making the book. The person hadn’t even seen the work itself. It’s shocking, but it just gives me a stronger conviction about the need for work like this. 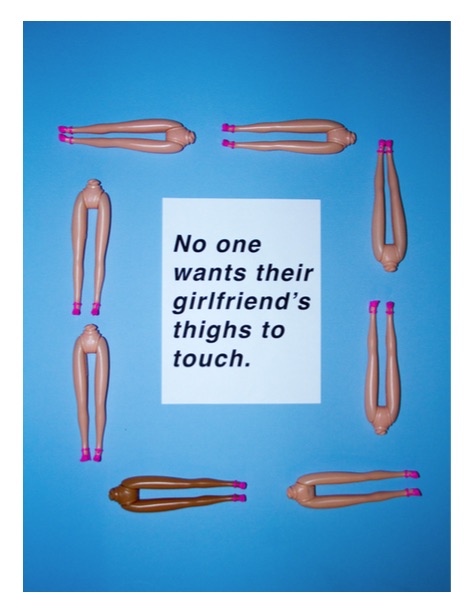 HG: Wow, that is shocking, but it proves that it’s even more necessary we talk about these things. What was it like photographing people who had, on some level, shared similar experiences? Was the feeling one of overwhelming vulnerability, or power, or both?

JO: I think it’s definitely a mixture. I try to hold space for each person when photographing them. When I shoot portraits, I always try to create a safe, meditative space for each person — while we photographed, we didn’t talk about the negative experiences, we just talked about the power of taking back the narrative. It was calming, and safe, and only about our interaction in the present. For me, it always felt personal and healing.

HG: What do you want readers to take away from your work?

JO: I want readers to reflect on the ways that we are all both receivers and perpetrators of communication patterns, and to be a witness to experiences that we haven’t had. I want us all to be aware that we do not all share the same experiences, but that does not make the experiences of others less valid. These experiences occur at intersections of gender, sexual, and racial identities, and just being able to reflect on that will create a safer environment for all of us in our relationships.

You can buy (more than) dust here and find more of Jamie’s work here.