Over the last six seasons, Once Upon A Time has found time to cram in a whole bunch of Disney characters. Some of them stick around for a while (hello, Snow White and Hook) while others just hang out for an episode or two (Rapunzel) and some disappear for long periods of time, and pop up when they’re needed (paging Cinderella).

OUAT is by no means done with their roster of beloved Disney characters, and they might have just revealed the next one joining the show: Pocahontas.

In case you haven’t noticed, OUAT loves to drop little hints as to what characters are coming next (are they doing this on purpose or accidentally, IDK!!). Before everyone headed off to Oz, there were jokes about the Wicked Witch of the West; Peter Pan was mentioned a few times before Neverland; and the Underworld was teased waaaaay before we ever met Hercules.

During the Season 5 finale, Rumple even SAID to Belle-in-a-box "I'm going to show you the world" — makes no mention if it's going to be shining, shimmering, and/or splendid — and look, now we've got Aladdin and Jasmine! 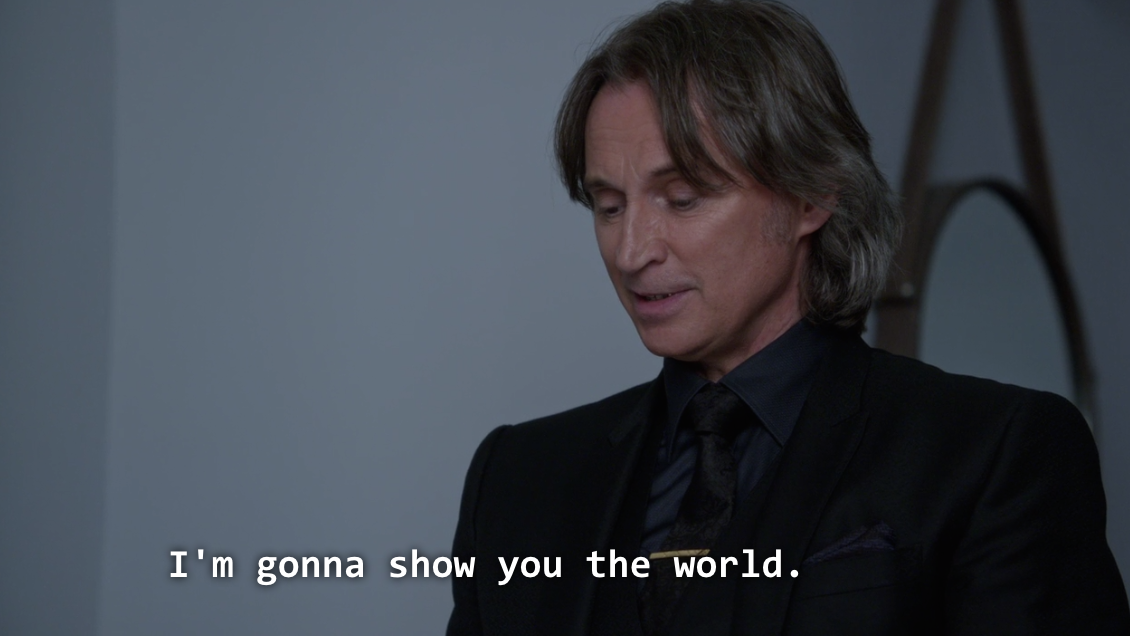 Knowing this, we should be on the lookout for Disney clues as to who’s coming next, and OUAT might have just revealed her. In some brand new images for the upcoming fourth episode, “Strange Case,” Mary Margaret/Snow White heads back to school to teach (for the first time in like…three seasons) and we can’t help but notice what’s on her chalkboard.

It's a picture of a person in a canoe. Random, right? Or maybe not so random, because it just might be a hint that Pocahontas is just around the river bend.

The lesson on the board is about Newton's Third Law, which is the one about equal and opposite reactions, so a canoe is an odd choice for this. Unless Mary Margaret just really wanted to draw a canoe on the board, because she's thinking about her good friend Pocahontas, and this is a huge hint. 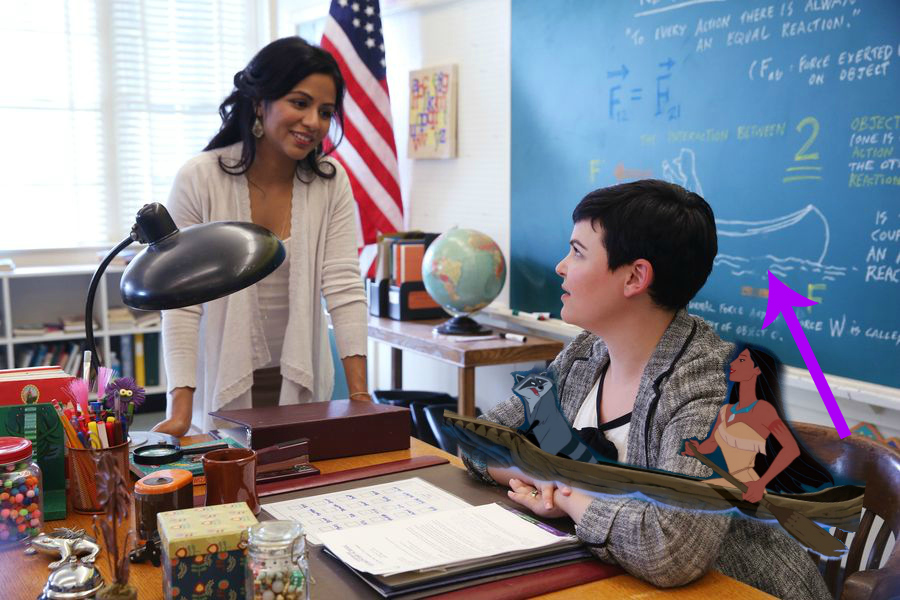 Honestly, it’s about TIME Pocahontas showed up. She could easily find her way into any one of the storylines on the show, whether present day or flashbacks. Right now OUAT is very focused on the Land of Untold Stories, so more than likely, if she were to show up, it wouldn’t be until the second half of Season 6.

Keep an eye out for anyone painting with all the colors of the wind.