Last night, Pretty Little Liars hit the reset button on Rosewood. Now five years in the future, the Liars are all at different points in their life — Spencer works in politics in DC, Hanna’s a jetsetting fashionista, Aria’s got big book plans, and Emily’s, well, selling drinks — but everything seems VAGUELY FAMILIAR. It’s not because they’ve all been brought back to where the drama first went down, but because the Season 6B premiere, “Of Late I Think of Rosewood” borrows from the OG PLL pilot a lot.

While the A shenanigans are over, there’s a new mystery in town – and a new dead body! And, spoiler, it’s CeCe Drake herself, because I guess there’s always going to be a coffin reserved for a DiLaurentis. But that’s not the only apparent similarity.

There’s a group of girls who receive a ~mysterious~ text

But it’s not our Liars. It’s a new generation of young girls hanging out at a cupcake shop (we’ve gotta check that out next time we’re in Rosewood), but it’s a text fake-out. They all get a text at the same time, and laugh. But it’s enough to freak Spencer out a little bit. These girls are also mirror images of our Liars, with Hanna, Spencer, Aria, and Emily 2.0.

The Liars get drunk the night before something BIG happens

Chilling at the newly remodeled (and Mrs. Marin owned) Radley Hotel, the Liars get tipsy at the bar, and then head back to Hanna’s room for the rest of the night. The next morning, they all begin to wake up, hazy from the night before.

Emily’s got some pills 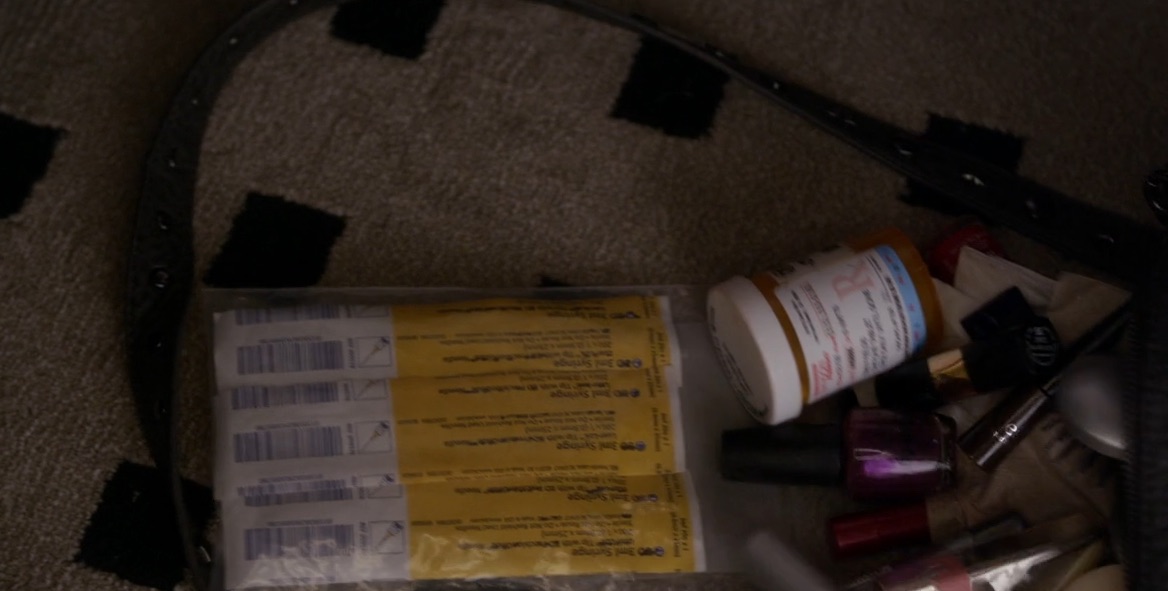 After like, three seasons, Emily remembers that she was actually drugged the night Ali disappeared. While it doesn’t appear as if she was drugged this time around, she certainly has drugs. They tumble out of her bag, and she quickly hides them from the others. PS, what are these pills?? What is Emily doing with those needles?

Sara Harvey rolls in the same way Jenna rolled in 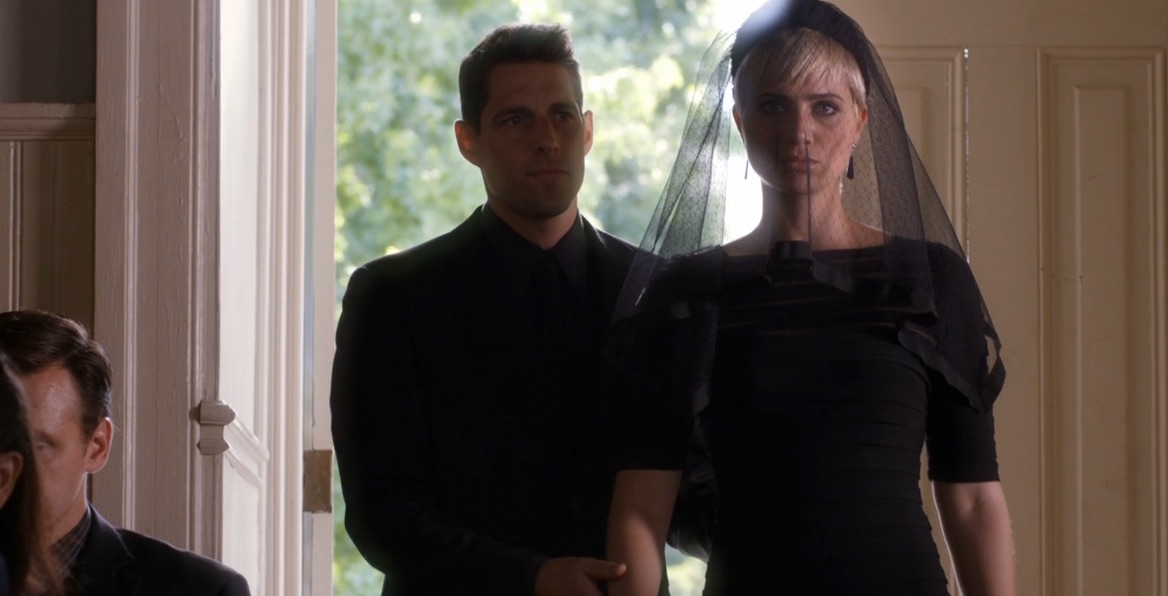 Remember during the pilot how Jenna breezes into the church, and it’s like “omg, she’s blind.” That same thing happens with Sara Harvey. She’s being led by the arm by an unnamed man (it was supposed to be Toby in the pilot, but played by a different actor). This man is leading Sara in, and it appears as if she’s blind, but that might not be the case. She looks right at the Liars, and it’s chilling.

CeCe’s memorial photo is an exact replica of Ali’s 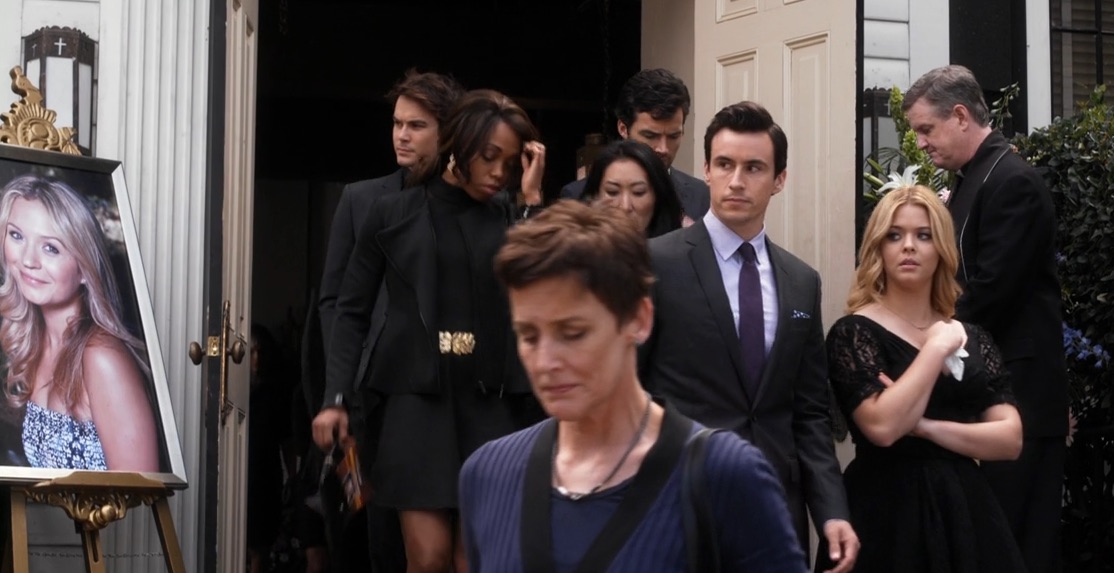 Did all the DiLaurentis girls have glamour shots done or something?

Lorenzo is the new Wilden 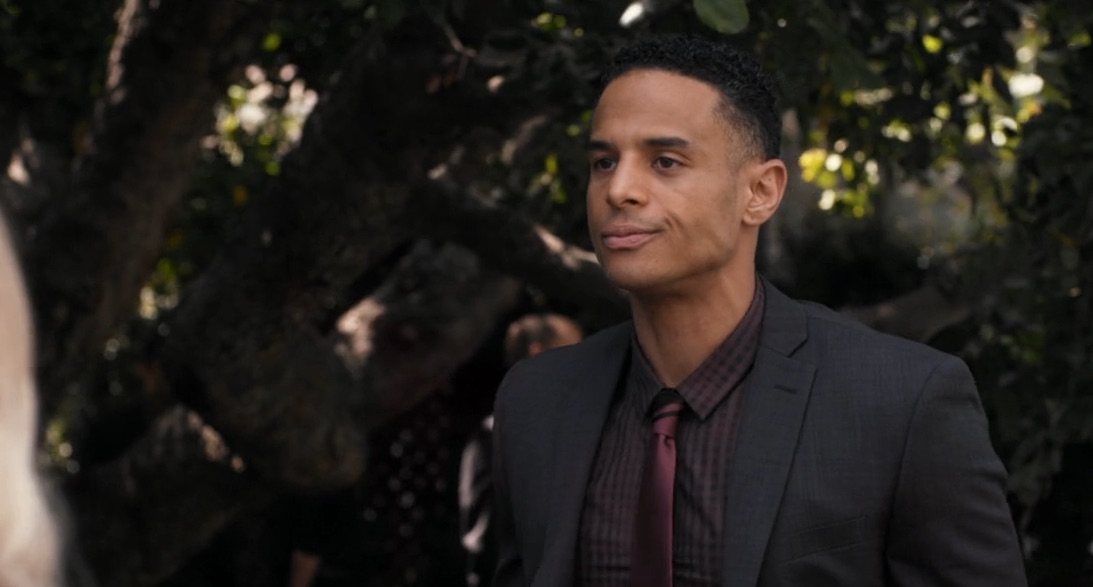 As the Liars are leaving the service, they’re stopped by newly-promoted Detective Lorenzo. He tells them not to go far, just like how once upon a time, Wilden told them to not to leave town. 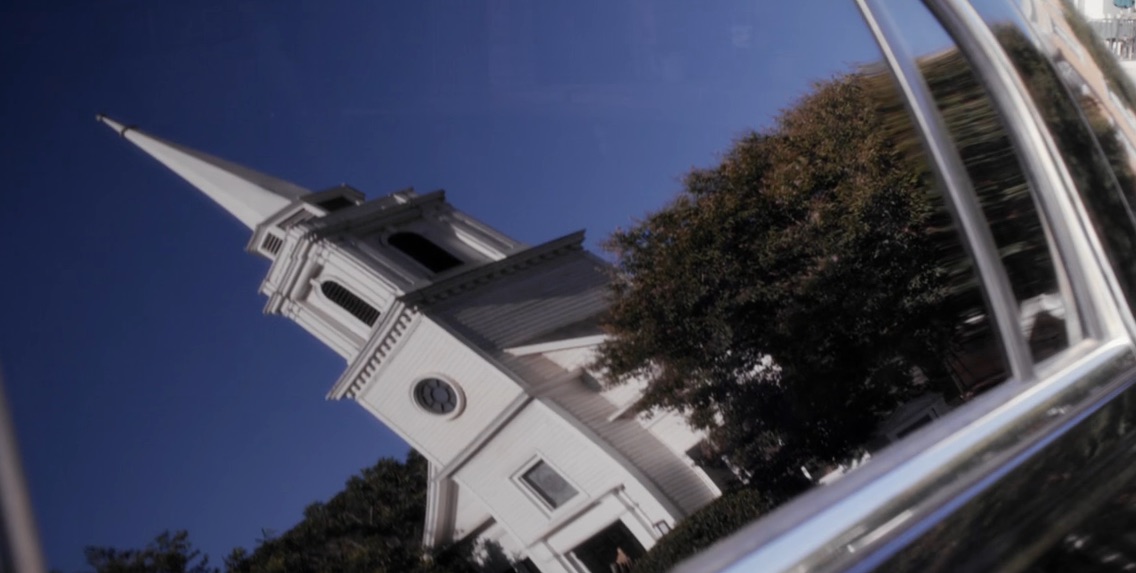 Could this be Uber A (cough*Wren*cough)? There’s someone sitting outside the funeral, watching the Liars from the behind a tinted window. Ugh, better start watching your back, girls. Again. 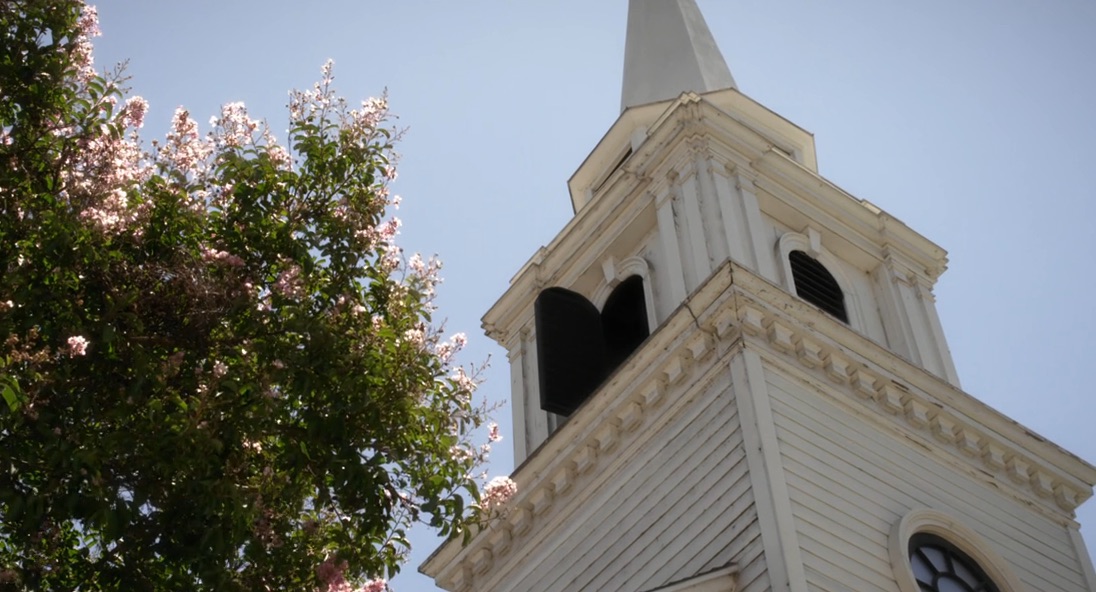 So. Much. Has. Happened. Here. Stepping away from the pilot, this is where Ian died (“died”) and also, remember that time Pastor Ted was raising money to repair the steeple? I do.