At a recent panel discussion in New York City, actor Tracee Ellis Ross said that “pain is not a stopping point,” basically blowing everyone’s mind in attendance at the talk for Motrin’s new campaign, #womeninprogress. Ross added that she feels like too many people, especially women, feel pain is “something you should run from and I really believe the pain is a part of your journey and often the moment in your journey when you dig deep.”

The audience, exclusively made up of women, leaned in to learn more. It is hard for us, especially as women ,to connect the idea that pain can actually be a good thing and sometimes *just* the thing we need to propel us forward in life. Pain is uncomfortable, it’s scary, it’s generally just not a good feeling. But if you strip away those initial thoughts, pain is just a kernel of something so much bigger. Given the current climate of our world, we need to start examining pain on a much deeper level than “it hurts,” whether it’s heartache, mourning a family member, losing a job, or just generally crashing and burning (as we all do sometimes), we can ask ourselves some important questions to push us through us. Like, why does it hurt? What can we do to stop the hurt? And most importantly, how can we learn from the hurt? 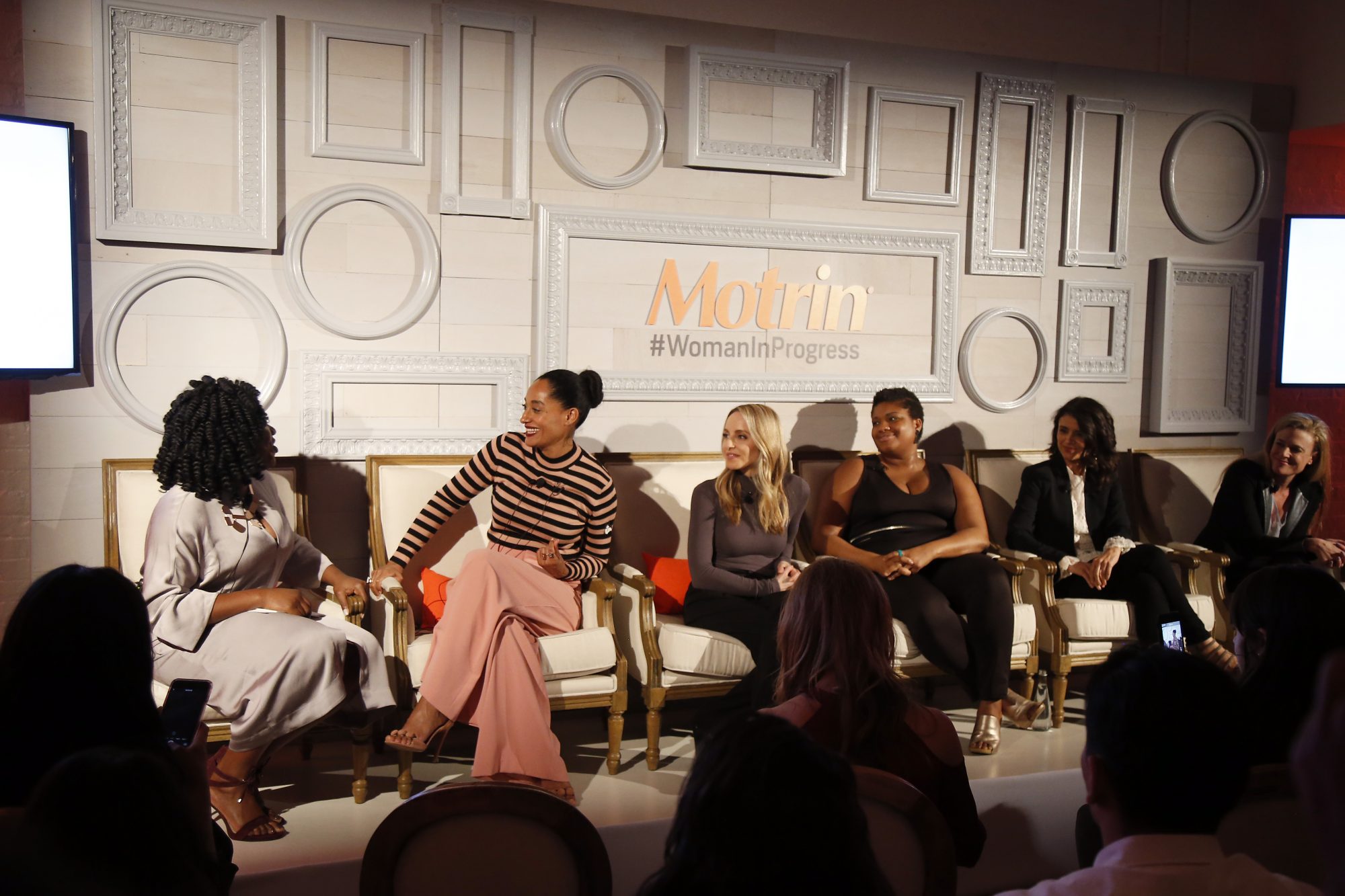 In the months since the election, women have used their pain of an uncertain future to push themselves forward and carve out a definite foothold in the quickly changing political landscape. Without the pain of the election results, women would have never come together for the Women’s March, and that was a much needed way for women to process their pain as individuals and as a group to be able to show themselves and the world that they are in no means backing down from the difficult issues in their lives. Ross, who attended the march in D.C. noted that the march was a way to openly process the pain.

But a march like that is more group healing, so how do you process the pain on a more personal level? Especially when you start feeling the walls cave in around you and there isn’t a sea of women in pussy hats with great signs to make you smile and remember it’s all going to be OK? The easiest way, according to Ross and the panel, is to break it into small pieces. What can you do on a day-to-day basis? Learning a new skill, making phone calls, and writing letters are strong examples. Motivational speaker and self-help guru Gabrielle Bernstein said:

I think our painful moments in life offer us great opportunities for information and personal growth. We took the pain of Hillary Clinton losing the election and turned it into a movement. It forced many of us to have really uncomfortable conversations about things like privilege and the importance of intersectionality, because it was easy to point fingers at those who we didn't understand rather than look inside ourselves to figure out how we as individuals contributed to the divide. It is not a lesson that will be learned instantly, and many people still refuse to understand the message, but there is still so much to learn that would have never come to the surface if the wounds weren't opened.

She added, speaking to how pain can be useful, “It is in these moments where our minds are most open to what’s out there and if we choose to look at them as learning experiences rather than shutting down, we could give ourselves the tools to help move not only ourselves to the next level, but begin to uplift our world into being the change we want to see. We’re going to be hurt, plenty more times, but hurt is just the stepping stone to a greater moment.”

Ross gave a perfect example of learning from failure:

Think about a baby learning how to walk: When they fall, you don’t go, ‘Oh, you should give up! Did you bump your head? Well, that’s it! No walking for you—that’s a clear message right there.’ No! You encourage that baby. As we get older, we have further to fall. So there’s so much more invested in it. The investment is what makes it the most scary. What if it all blows up in my face? What if I misstep and set myself back? You get back up and learn from your misstep. Never fail to see the teaching moment in every mistake.

“Pain is a gift in a lot of ways. If you allow yourself to be open to it, it can teach you so many things.” said Jessamyn Stanley, yoga teacher and body positive advocate on the panel.

Ross and her panel companions were right on.  It is a great big world out there. Yes, the world is scary and yes the road will always have bumps in it, but if we have learned nothing else in the last few months it’s that you can’t let the bumps stop you from trying. You must always continue to persevere. If you’re afraid of the glass ceiling breaking on you, wear a helmet. Life is too beautiful to be scared, and it’s important to remember that when everything feels like it’s too much to bear.