With death comes so many absolutes. A last conversation, a last gift, a last embrace—all memories we cling to in our time of loss. Any moments that we have immortalized through photographs become especially invaluable.

I realized this after my dad died. While putting together pictures for his memorial, I tried to create a vivid reflection of his life. It was more challenging than I thought it would be and came with its fair share of heartbreak. How could I sum up 55 years with a handful of photos? The weight of this realization wasn’t lost on me. It was only compounded by the pictures (or lack thereof) I had to work with.

Yes, I had plenty of pictures of my dad and kids showing countless irreplaceable memories of them together. There were tons of recent shots of him with my mom, smiling and still in love after 35 years together. I even found a few pictures of my dad from the ’70s and ’80s.

Yet, even with all these documented moments, there were large periods of my dad’s life that were missing. The days between my childhood and wedding day were essentially nowhere to be found. Photos of the early years of my parents’ marriage were gone. I struggled to find images of them before they became grandparents. I started wondering if these pictures even existed. 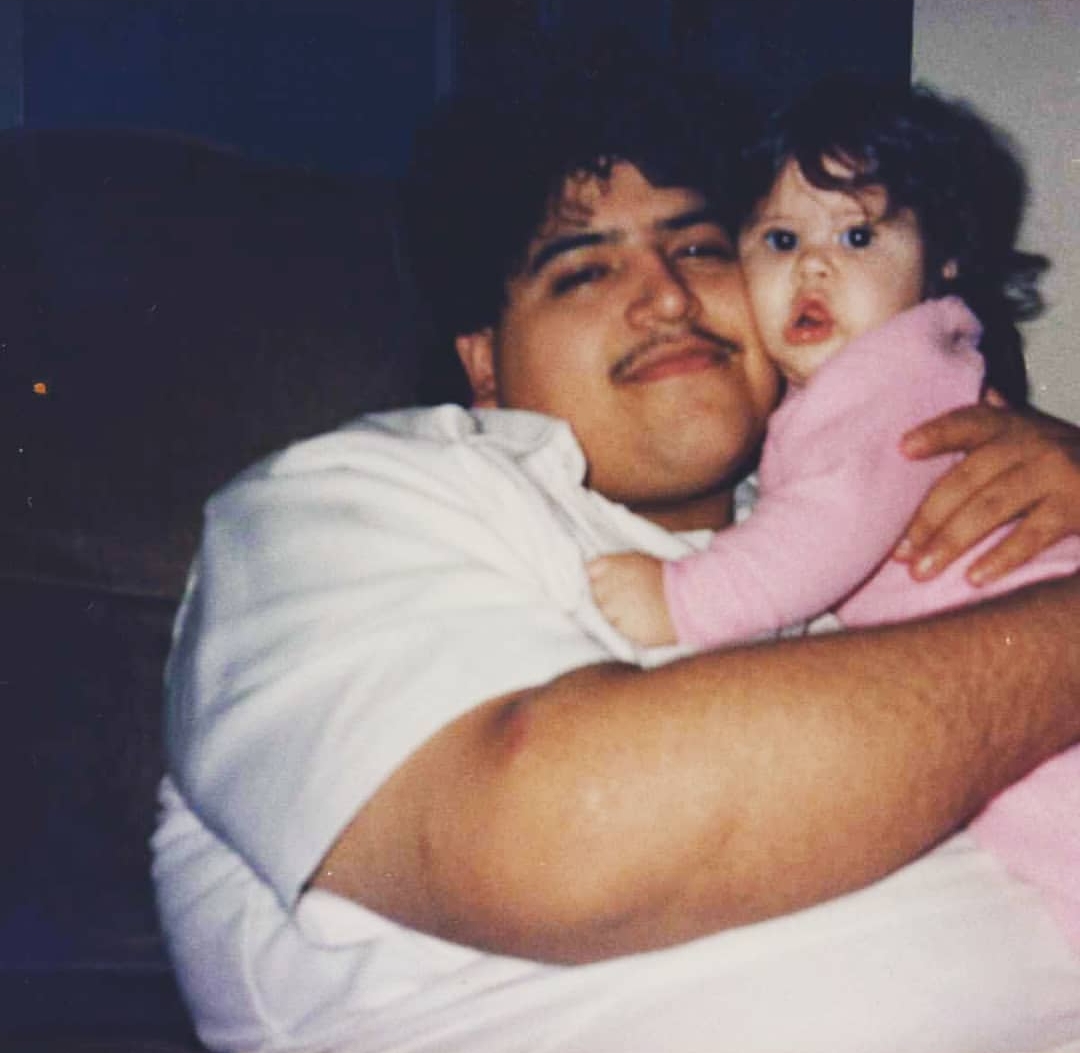 My dad never liked having his picture taken. Growing up, I remember him dodging the camera whenever it came out. My mom would get exasperated trying to snap a picture of my dad with his guard down. I’m sure he never realized how much regret his dislike for the camera would later bring into my life.

Soon, I was devastated: I realized that I had no recent pictures of us together.

The most current photo of us was taken days before my dad passed. Gaunt and weak, he sits between me and my husband—forever immortalized in a picture where he doesn’t look at all like himself. Too intimate to share, that’s the last picture I will ever have with my dad. 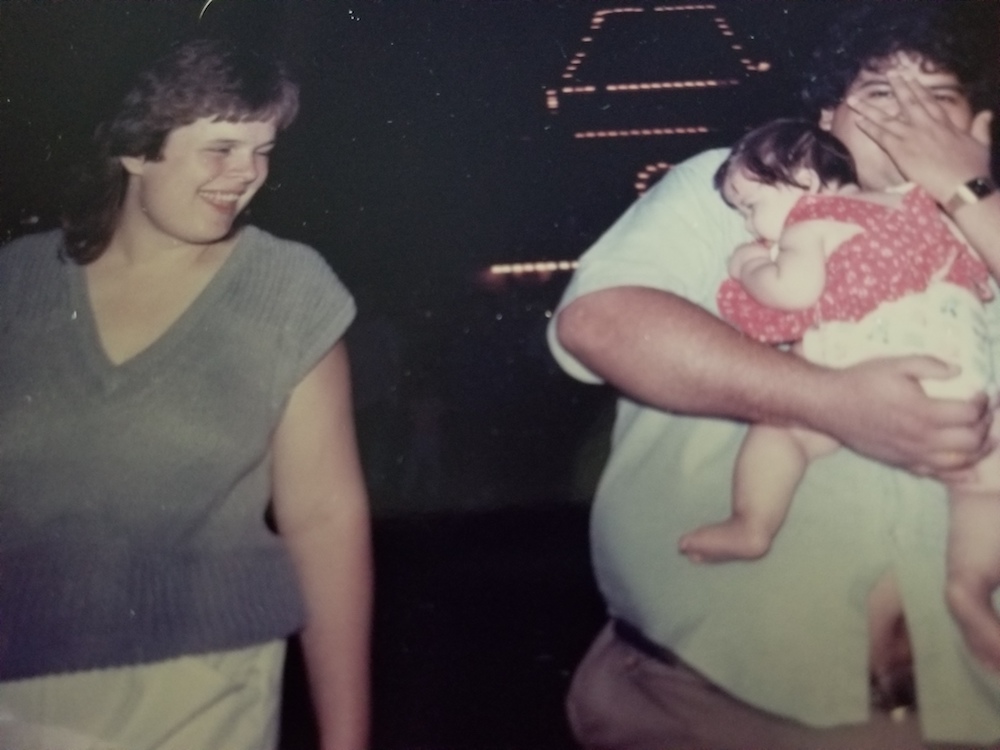 After my frenzied discovery of the photos I didn’t have, I looked for pictures of my mom.

Once again, I found a few pictures from my baby days, a couple family portraits, and an abundance of shots with her grandkids. But unlike my dad, my mom had no problem being photographed—so why were there so many lost pieces of her life too?

Admittedly, we had some hardships when I was a kid. It stands to reason that some moments were inevitably missed in the chaos of our lives. Some pictures probably got lost during childhood moves; some probably remained undeveloped on old rolls of film. Wherever they ended up, it was apparent from the remains that chunks of our lives were missing.

I didn’t have to look through pictures of myself to already know that many important moments would be MIA. There are no cute pregnant belly pictures from any of my pregnancies. The early days of my relationship with my husband are lost, except in our memories. My presence is even missing from many of the pictures that do exist from that time. There are clear chronicles of my kids since their births, but I’m often nowhere to be found in them. My Instagram account is littered with birthdays, Christmases, and the everyday life of my family. But if not for the occasional selfie, there would be no proof that I was actually here for any of it.

Why have I allowed this to happen? Though I may feel like I’ve failed sometimes, this isn’t an unusual problem. Actually, for many moms, it’s a common practice to take photos but not be in them. 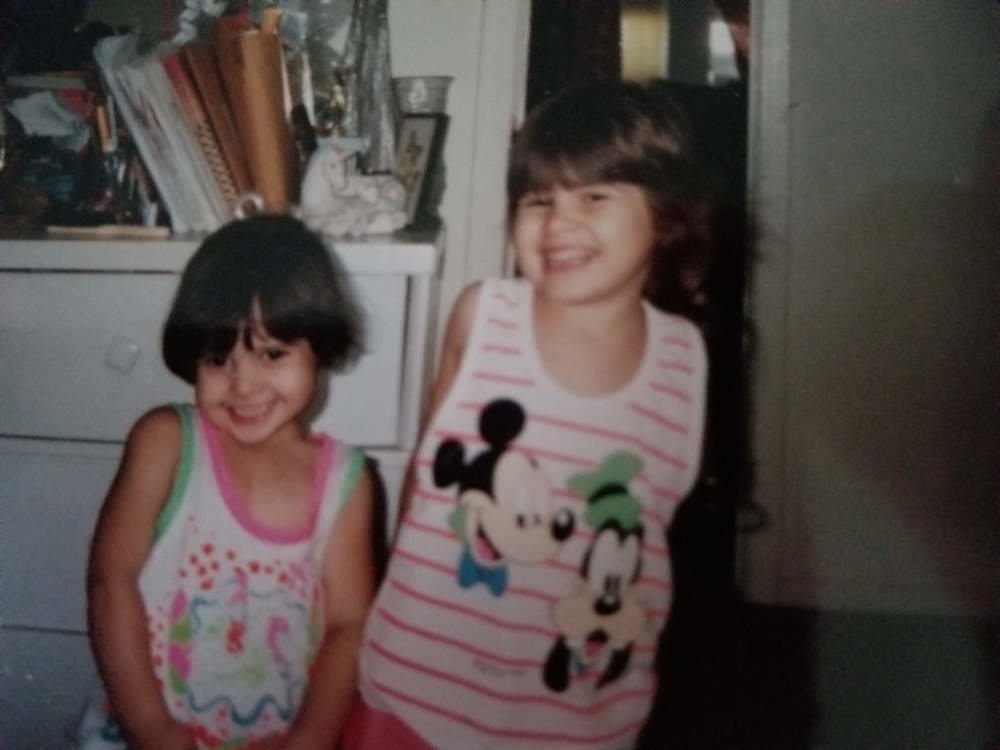 Natasha Sharma, a Toronto parenting and relationship expert, shared in HuffPost that many of the mothers in her client base exhibit self-esteem issues regarding their appearance. She suggested that social media’s emphasis on beauty especially creates self-doubt in our minds. While filters and editing tools can be used to make us feel more photogenic, sometimes the anxiety of taking a bad picture is just too much and it’s easier to just avoid being in front of the camera.

Another reason potentially lies in the disproportionate division of emotional labor within many heterosexual relationships. Editor and therapist Christine Hutchison often works with couples who have a vast difference in their understanding of why documentation is important. In an article for HuffPost, she wrote, “It seems like women, on average, have a Ph.D. in emotional labor and men are trying to pass third grade.” And the tendency of  mothers to play camerawoman is another extension of that emotional labor. Living in the moment is important, but capturing memories for the future serves a vital purpose.

We mothers anticipate the importance of these immortalized moments when we document them for others. We make it our priority to capture pieces of our loved ones yet we fail to prioritize pieces of ourselves. 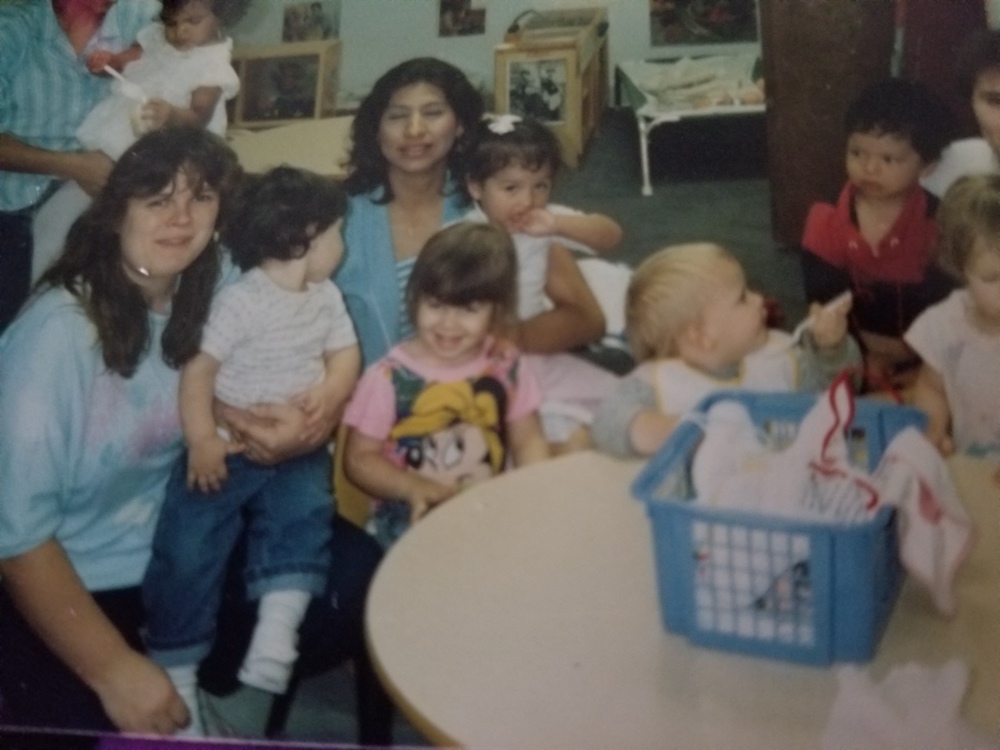 In the moment, this might not seem like such a big deal. After all, we can always capture memories later—when life is less busy, messy, or overwhelming. Except that we can only say, “Next time” for so long. We aren’t guaranteed a next time, no matter what our intentions may be. This truth should be obvious to us, but it took experiencing my own shortage of “next times” to really understand it.

I won’t get these lost moments back. They’re gone. The regret I feel is as constant as the grief that accompanies death. It’s a feeling I never want my own kids to feel. In a strange way, this painful lesson will hopefully spare my kids the same remorse in the future.

One day, I’ll be gone, too, and my kids will go through computer files and old photo albums to search for pictures of my life. In those pictures, they’ll see me without any makeup on. They’ll find the photos from my bad mental health days and images  where the house is a wreck around me. And they’ll even find a few of me living my best life. Hopefully that’s how they will always remember me. Either way, I promise they’ll have lots of memories to choose from.