Periods suck for a lot of reasons, but one of the worst things is dealing with uncomfortable pads and tampons, and ruining your favorite pair of underwear, of course. None of it is particularly fun, and it’s 10 times worse when you’re younger and aren’t used to the whole period thing every month. Everyone who’s ever menstruated knows this, which is why period underwear brand THINX is trying to make menstruation a little easier for teen girls.

The company is launching a line of period underwear called THINX (BTWN) designed specifically for younger people between the ages of 9 and 16, and we can definitely see how using absorbent undies—rather than a pad or tampon—can make the transition into puberty a little bit easier.

The line launches September 6th, and not only will the undies be available online, but the THINX (BTWN) website will also offer resources to parents who are helping their daughters get used to the idea of menstruating. 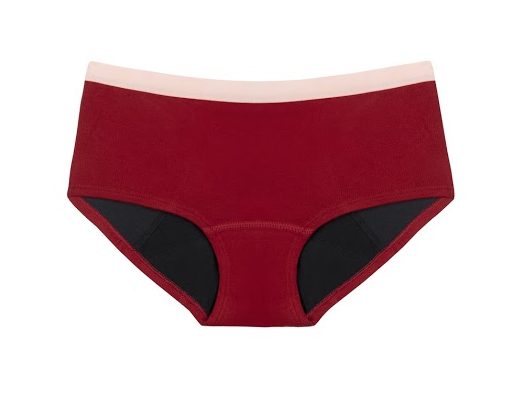 “First periods can be a scary and challenging time for both the parents and children,” Maria Molland, the CEO of THINX, said in a release. “Our customers have repeatedly requested a product designed for young people with periods, and we listened. With the launch of THINX (BTWN), parents have the opportunity to help ease their pre-teen or teen into their first period by providing an easy-to-use and environmentally-friendly solution to what can be an anxiety-ridden time.”

One of the biggest reasons that period underwear can be so helpful for younger kids is that when your period first starts showing up, it’s really hard to predict. It can take years for it to regulate—and for many people, that never actually happens—so it would make life a lot easier if teens could just wear their period underwear and still be comfy. Does anyone else have flashbacks to tying their jacket around their waist in middle school because your period showed up when you least expected it? If period underwear can help anyone else avoid that traumatizing experience, it’s worth it. 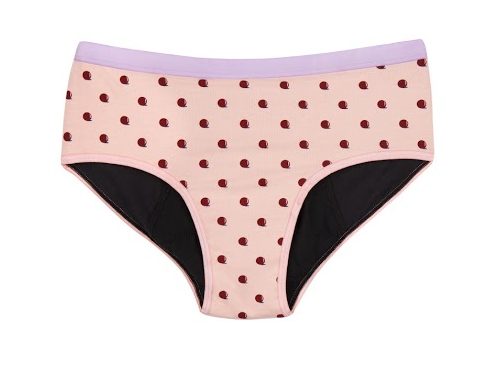 The new (BTWN) line will come in three styles, Shorty, Brief, and Bikini, each of which will have an animal mascot—a horse, a sloth, and a cat, respectively—as well as three different, aptly named colors, Beet Juice, Let’s Polka!, and Tidal Wave.

One pair retails for $23, or you can buy a three-pack for $59. Not an awful price for avoiding serious discomfort and embarrassment. If only we had something like this when we were younger. Is it okay if we’re a little jealous?