Lies we believed about our periods when we were kids 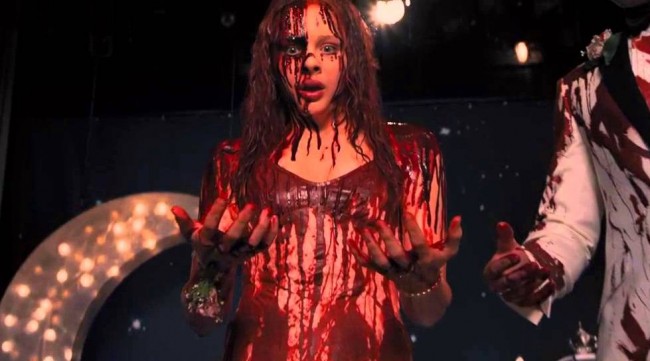 Before sex ed, most kids are forced to make some assumptions about what their bodies are going through in puberty — and periods, in particular, get the brunt of the playground rumor mill. Menstruation can be scary and weird if you don’t know what to expect, and as a result, we ended up believing some pretty ridiculous and hilarious things about it when we were younger. To help clear the air, here are some of the biggest myths we believed about our periods when we were growing up, and the truth behind all the lies.

The urethra and the vagina are the same thing

Reality: Female anatomy is complex and incredible. Since it’s tough to see what’s actually going on down there, it can kind of just feel like everything’s coming out of the same place. Of course, that’s not the case — something I learned when I overheard a camp buddy tell a first-time tampon user to “put it in the second hole from the back.” (For those who don’t know, there are three holes down there.)

It’s going to be bright red like normal blood

Reality: When you’re first told that you’re going to be bleeding between your legs once a month, you imagine it’s going to look fresh and bright and scarlet, like a gaping wound in an action movie. In reality, it’s usually chunky and 50 shades of reddish-brown.

Only blood comes out

Reality: The first time I got my period, I thought I’d shit my pants. Logically, I knew this probably wasn’t true: It certainly didn’t feel like I’d shit my pants. But all the same, it didn’t look anything like I thought a period was supposed to look. When you menstruate, your body is shedding its uterine lining, and blood isn’t the only thing it’s pushing out. As comedian Cameron Esposito so eloquently put it, “My body is smashing my body out of my body, using my body.”

You can’t have sex on your period

Reality: All that blood means no one will want to touch you, right? Definitely not. Some people still choose not to, but it’s totally safe to have sex on your period. Just put down a towel to protect your sheets.

Once you start, you menstruate for the rest of your life

Reality: As far as I was concerned as a kid, menstruation was a club that, once entered, you could never leave. Menopause was so out of my frame of reference that it hadn’t ever occurred to me there might be a way out.

You only bleed when you pee

Reality: Most people have a traumatic childhood memory of catching a glimpse of the toilet bowl after someone on their period has used it. After a failed or forgotten flush, it isn’t a pretty sight. But in reality, menstruation definitely isn’t limited to bathroom breaks. (If only!) Personally, I think it’s further proof that anyone with a uterus is magic: We can do everything men can do while bleeding.

Reality: There is nothing fun about cramps, and I’ve spent multiple periods frozen in a fetal position on the couch while Netflix plays softly in the background. But experiencing these kinds of life-halting pains on a regular basis is not normal — and something you should definitely talk with your doctor about.

You can’t get pregnant on your period

Reality: While it’s not as likely you’ll get pregnant during your period compared to when you’re ovulating, that doesn’t mean it’s impossible. If you decide to have (hetero) sex on your period, make sure to use protection to help prevent any unwanted pregnancies.

All pads/tampons are the same

Reality: Walking down a feminine hygiene aisle for the first time can be daunting — and you might just want to grab the first thing you see and get the hell out of there. However, tampons and pads come in many shapes and sizes. No one knows exactly how many milligrams they’re pushing out a month, but you probably have a pretty good idea of how heavy your flow is. Choose accordingly.

PMS is something to be ashamed of

Reality: We’ve all heard someone accuse a woman of being on her period because she’s acting “crazy” and “irrational.” It’s a sexist and ridiculous accusation to make, but PMS is totally natural, and anyone who shames you for it is probably not a very nice person to begin with.

Reality: While not everyone gets their period like clockwork down to the minute, getting it shouldn’t be a total surprise every time. If you’re getting your period far too frequently or not often enough, make sure to talk to your doctor about what could possibly be causing the irregularity.

You can only use tampons if you’ve had sex

Reality: Contrary to the popular schoolyard myth, you don’t “lose” your virginity if you’ve used a tampon; and tampons aren’t just for people who are sexually active. Let’s be clear: Virginity is a social construct that implies women become less valuable after having sex. It’s total nonsense. You should have sex whenever you feel ready — and if you never feel ready, that’s totally okay, too. Use whatever sanitary products work best for you, and don’t worry about what other people think.

Hilarious tweets that perfectly describe getting your period