Thinx just made a “period sex blanket,” in case you don’t feel like throwing a towel on the bed

Thinx, the company behind the revolutionary absorbent menstrual underwear, has just released a new product: The Period Blanket. The item is billed as a “sex blanket for people with periods,” and was created in the hopes that people who refrain from period sex because they don’t want to ruin their bedsheets will start doing it more.

The Thinx period sex blanket uses the same absorbent tech featured in the company’s underwear, though Siobhan Lonergan, Chief Business Officer of Thinx, clarified to ApartmentTherapy.com that the satin upside is just for decoration and only the dark underside “is designed to be functional.” Meaning, you have to use it correctly, or otherwise it’s just another blanket. ApartmentTherapy.com also explained that you have to wash the blanket between uses and that it must be rinsed, machine-washed, and line-dried.

"This is more than a blanket," CEO Maria Molland Selby said in a press release. "This is another opportunity to bust through yet another period taboo and to open a much-needed dialogue about period sex and sex generally."

The philosophy behind the blanket is a valiant one. If your partner thinks period sex is “gross” or that doing it on a towel is “not sexy,” then here, peep this sexy, sleek, and comfy blanket that not only feels good but won’t show stains. It basically eliminates the two major “issues” with period sex. So if you’re still not having period sex with this blanket, then welps, you and your partner should probably do some soul searching (or not, you literally don’t have to have any kind of sex if you don’t want to). 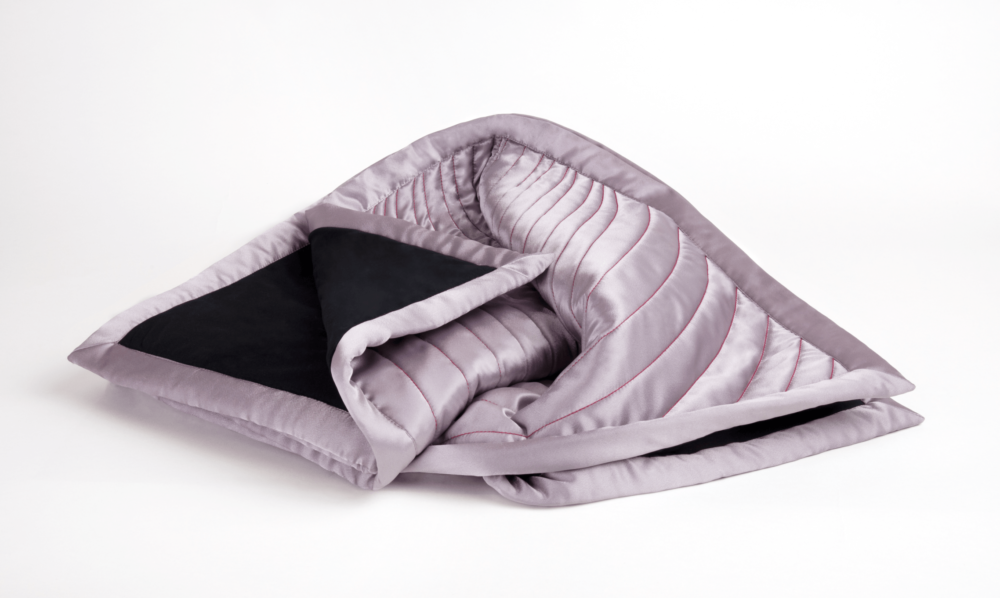 Some people on Twitter don’t get how a fancy blanket will make period sex more palatable and object to the $369 price tag. However, we’d like to point out that the Thinx period sex blanket is made in the U.S., thus the high price.

"We’re not advocating that [the blanket] is one-size-fits-all, Lonergan said during a launch event for the product in New York. “But we want to make sure that if you’re into [period sex], we’re going to help you start that conversation.

If you find period sex so objectionable that you need a quilted comforter to distract from the fact that you’re menstruating, then we guess this is the item for you. For the rest of us, the old red sheet and towel combination will do just fine.