People are so ready for this nightmare election to be over

Amidst an election cycle that has seemingly left America more divided than ever, we’ve finally found something that most of us can agree on. Regardless of who they’re voting for, people are ready for this nightmare election to be over. According to a poll conducted by the Huffington Post and YouGov, 81 percent of Americans say they’re more than ready for this election cycle to conclude.

The same poll found that three quarters of respondents in both parties are ready for the election cycle to be over, while just 12 percent are reportedly "enjoying watching things play out."

However, just because we’re sick of hearing about the election doesn’t mean we’re not gravely concerned about who will be elected on November 8th. 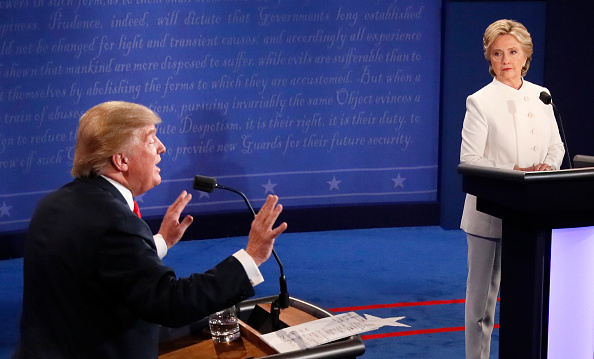 Seventy-eight percent of those polled believe that America could be in major trouble depending on who wins. A mere 8% think we'll be just fine either way.

Unsurprisingly, the election has been stressful for Americans. Over two thirds of respondents said it was “somewhat stressful” and 34% reported feeling “very stressed.” Democrats and Republicans have experienced nearly identical levels of stress, but there’s a significant gender gap.

Forty-one percent of women, compared to 26% of men, fell into the group of people who are "very stressed" about the election. Furthermore, 16% of men reported enjoying the election, while just 9% of women feel the same way.

Given the fact that women’s issues have taken front and center in recent weeks, it’s no surprise that very few women find this election cycle entertaining or enjoyable. In fact, psychologists have provided advice to help people with election-related stress — something that’s virtually unheard of. Then again, there is absolutely nothing normal about this election cycle.

Hang in there, everyone — just two more weeks.