These people picked their own celebrity twins, and the resemblances are quite interesting

Not everyone has a famous doppelgänger, but these people who named their celebrity lookalikes at least *think* they do. Glamour asked 70 people ages 5 through 75 to tell us which Hollywood star could be considered as their twinsie, and the resemblances are quite interesting.

Since science says you probably have a doppelgänger, so it’s not totally unfathomable to run across a lot of non-famous people who just so happen to look like a superstar. Think about it: Shay Mitchell randomly bumped into her twin at Coachella, so we’re guessing there’s a good chance that some of these people have some rather familiar faces.

For starters, the kids aged 5-11 didn’t really think they looked like a celebrity, except for the little girl who said she looks exactly like Maddie Ziegler when she wears a dress they both own.

But then, the responses started to get very interesting and rather accurate.

For instance, this 12-year-old’s friends say she looks like Nina Dobrev, which we can totally see. 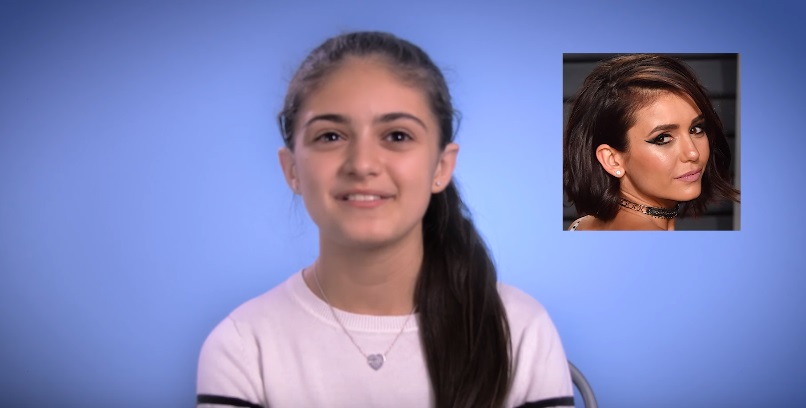 Then there’s this guy who believes he resembles Adrien Brody, and we have to agree that they could at least be long-lost cousins.

This lady says she gets a LOT of celebrity lookalike suggestions including Katy Perry and Jennifer Aniston, but are we the only ones who think the Chloë Sevigny resemblance is spot on?

Um…These are basically the same people.

Anyone remember Elvin from The Cosby Show? Well this is him today. HA! JK but the resemblance is uncanny.

So, obviously there are ton of celebrity twins running around out there. Some of the comparisons were a bit off, but we think a few of these people could make a career out of being a celebrity body double.