For 2018, the annual Met Gala’s theme was “Heavenly Bodies: Fashion and the Catholic Imagination.” Held on May 7th, the event explored how the Catholic Church has influenced high fashion. Celebrities delivered opulent looks, wearing vestments on their clothes and gold crowns (featuring tiny baby Jesus) on their heads. It was as if the medieval art wing of the Met came to life and sashayed down a red carpet.

But there were criticisms. A number of online commenters accused the attendees of appropriating Catholicism. “My religion is not your f*cking #MetGala dress,” wrote one person on Twitter. “Everyone gets so worked up about cultural appropriation, except when it includes whites,” wrote another. Author Charlie Syke asked, “Could somebody explain the rules about ‘cultural appropriation’ and when we are supposed to be outraged again.”

The question seemed to be: Why are people outraged over 18-year-old Keziah Daum wearing a qipao to prom (a significant dress in Chinese culture) but not Rihanna wearing a mitre (a bishop’s headdress) to the Met Gala?

The short version: Because you cannot appropriate white culture.

The long version: Because you cannot appropriate white culture. Because of colonialism. Because of power.

Cultural appropriation is when a dominant culture takes elements of a minority culture after having systematically disenfranchised those same people throughout history. It is the same cultural forces that will allow an American president to deport Latinx people and call them murderers and rapists while selling “taco bowls” at his restaurant. false

Perhaps it’s more appropriate to compare a mitre to a Native American headdress. The mitre still occupies a position of authority on the world stage and represents the largest religion in the world. The originators of the Native American headdress were nearly exterminated (by the same cultural forces that gave the mitre its authority). Their headdress is now relegated to reservations, mostly seen in historical photographs and bad Coachella selfies. There are no houses of marble and gold honoring the spiritual practices of Native Americans. (After all, tens of thousands of Native American children were forced to attend boarding schools where the maxim was “Kill the Indian in him, and save the man.”)

For those who truly want to understand what makes cultural appropriation so insidious, how you can identify it, and whether you’re participating in it, you have to first acknowledge colonialism. You have to recognize that, aside from five nations, every single country in the world has been colonized by a European power. Western culture has been, and continues to be, a dominant influence worldwide (the last European colonies didn’t achieve independence until 1974). When colonizers enter a foreign country, they usually force their culture and language on the indigenous people. Ever wonder why there are so many Catholics of color? They didn’t always convert by choice.

The byproducts of that colonization were not romantic and innocuous, like the introduction of baguettes and coffee. They were the romanization of the Vietnamese language, the forced conversions to Catholicism, the stripping of civil rights from the Vietnamese population. Da Lat, the city where I was born, is home to a small replica of the Eiffel Tower — a reminder of that part of our history.

With colonization comes assimilation and the eventual dissolution of the indigenous culture. For people like my family, conforming to the dominant culture isn’t appropriation — it’s assimilation. For many people of color throughout American history, or who lived under colonial rule worldwide, conforming to the dominant culture was a survival mechanism.

Because if we don’t assimilate, then you have people like President Trump’s chief of staff, John Kelly, erroneously claiming that we don’t “integrate well, that we don’t belong here. 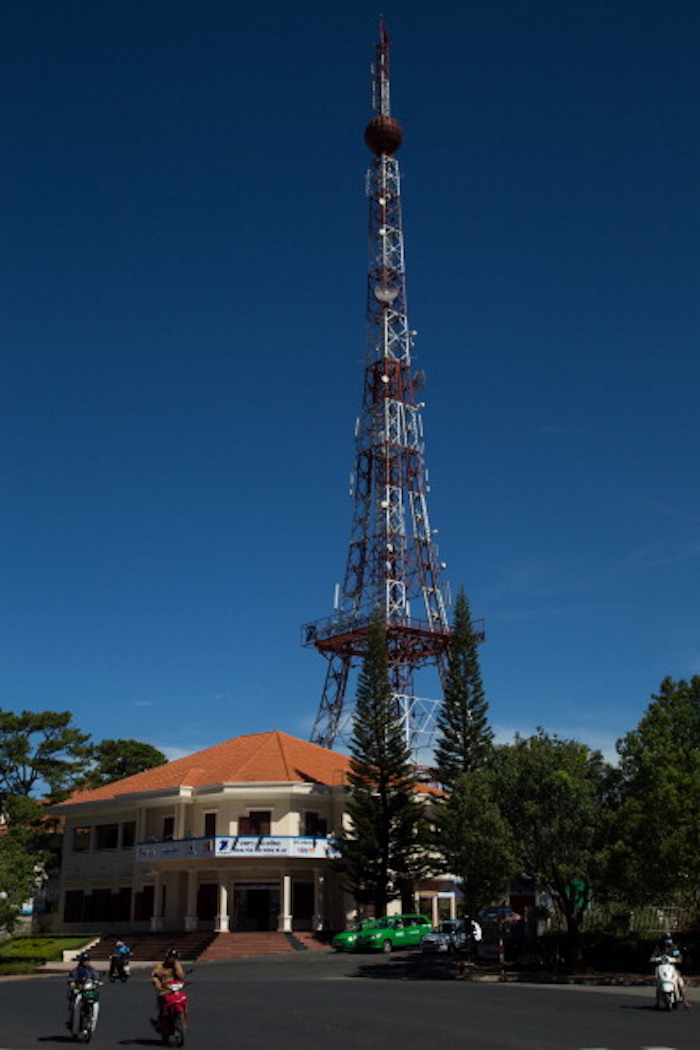 Many Asian Americans of my generation lived a double life.

In wider society, we spoke English and ate hamburgers. But at home, we spoke our parents’ language and ate the things that our white friends called “stinky” and “weird.” Growing up, one of my best friends was Christian; when we were 10 years old, she gave me a Bible for my birthday. I was raised Buddhist.

I once asked my Dad if he was disappointed that I didn’t speak Vietnamese very well. He replied, “I wanted you to speak fluent English. I wasn’t worried about the Vietnamese.” For him, the way that his children could be successful was to speak English without an accent. For many people of color living in America, the food and clothing of our culture are all we have left after assimilation has done its work. We cannot speak our ancestors’ language. We are too “American” for the countries our families came from. So we protect those remnants of our culture — our food, our clothing — with a ferocity.

Many writers have said that “every culture appropriates.” No, every culture forces its inhabitants to assimilate. You cannot force your culture and religion on a people, and then be angry when they put their own spin on it. The fusion of the dominant and minority cultures — the banh mi, the General Tso’s chicken — is a way for the minority culture to keep itself alive.

That’s not to say that we all need to silo ourselves from each other, or that cultural fusion shouldn’t exist. But these cultures are complex, and to reduce these conversations to nothing more than a “cultural exchange” is an act of simplification and stereotyping. We don’t want to repeat the wrongs of the past, so we need to treat these objects (a qipao, a Native American headdress) with the respect and care they deserve, and ensure the survival of the people who created them.