People are losing their minds over this secret beauty ingredient

Recently, an enterprising, rose water toner-loving Reddit user discovered a particularly ~unique~ secret beauty ingredient in a product found at Whole Foods, and now the internet is losing its mind. The health food industry makes a lot of claims about products and ingredients, some that have proven themselves true time and again (hi, coconut oil and your magical, wondrous powers) while others continue to face scrutiny — so it’s pretty awesome people have found another natural product that seems to be effective.

The product in question is a simple rose water toner — essentially, water + rose oil + glycerin — but the ingredient that’s raising eyebrows is “vor-mag water,” defined by the company that makes the product, Heritage, as “water that has been vortexed and magnetized to raise the energy to a higher vibration that we believe to be more beneficial.” What is “vortexting” exactly? Unclear, but consumers seem to be really loving the outcome.

Heritage, the company behind the coveted rose water toner, has been manufacturing its products — using formulas created by Edgar Cayce, the “world’s most-documented psychic” and the “father of holistic medicine,” according to the company — for the past 41 years.

While Heritage is known for its quality products, people are still weary of “vortexing.” On Reddit, the mystery of the ingredient wasn’t lost on users who had jokes for days about the great and powerful “vor-mag” water.

"Vormag sounds like a horrific elder god that the villagers have to make a sacrifice to once a year to keep it from destroying their peaceful glen," wrote user theplasticfantasy.

PennyLane93 said that vor-mag “sounds like a dragon from Skyrim’s name,” and katubug pointed out that “Jormag” is “actually the elder ice dragon in Guild Wars 2.” (The more you know!) 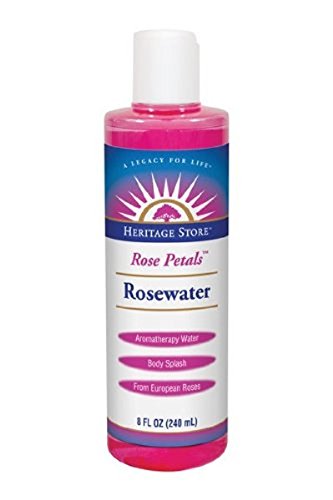 Despite all this, we have to admit that we’ve used this particular rosewater toner and it did exceptional things for one of our editors who has perpetually dry skin.

So, basically, the moral of the story is: Shop critically, but do what you gotta do to get that baby-soft feeling! (And if you’re uber-curious about Hertiage’s toner, you can get a pack of three bottles on Amazon for $21.15.)