Paris Jackson showed up to the 2017 MTV Video Music Awards in a completely sheer gown, but it was what she wore underneath that we’re obsessed with. The star sported a Christian Dior bra and underwear on the red carpet beneath her super-sheer gown, which added a casual twist to her otherwise glamorous look.

She’s become our favorite young star to watch on any awards show red carpet, and with good reason: Paris is a budding style icon in the making, and we look forward to seeing her unique style in action.

Paris rocked a sheer embroidered dress that showcased her matchy-matchy Dior bra and underwear, and the result was elegant and casual. 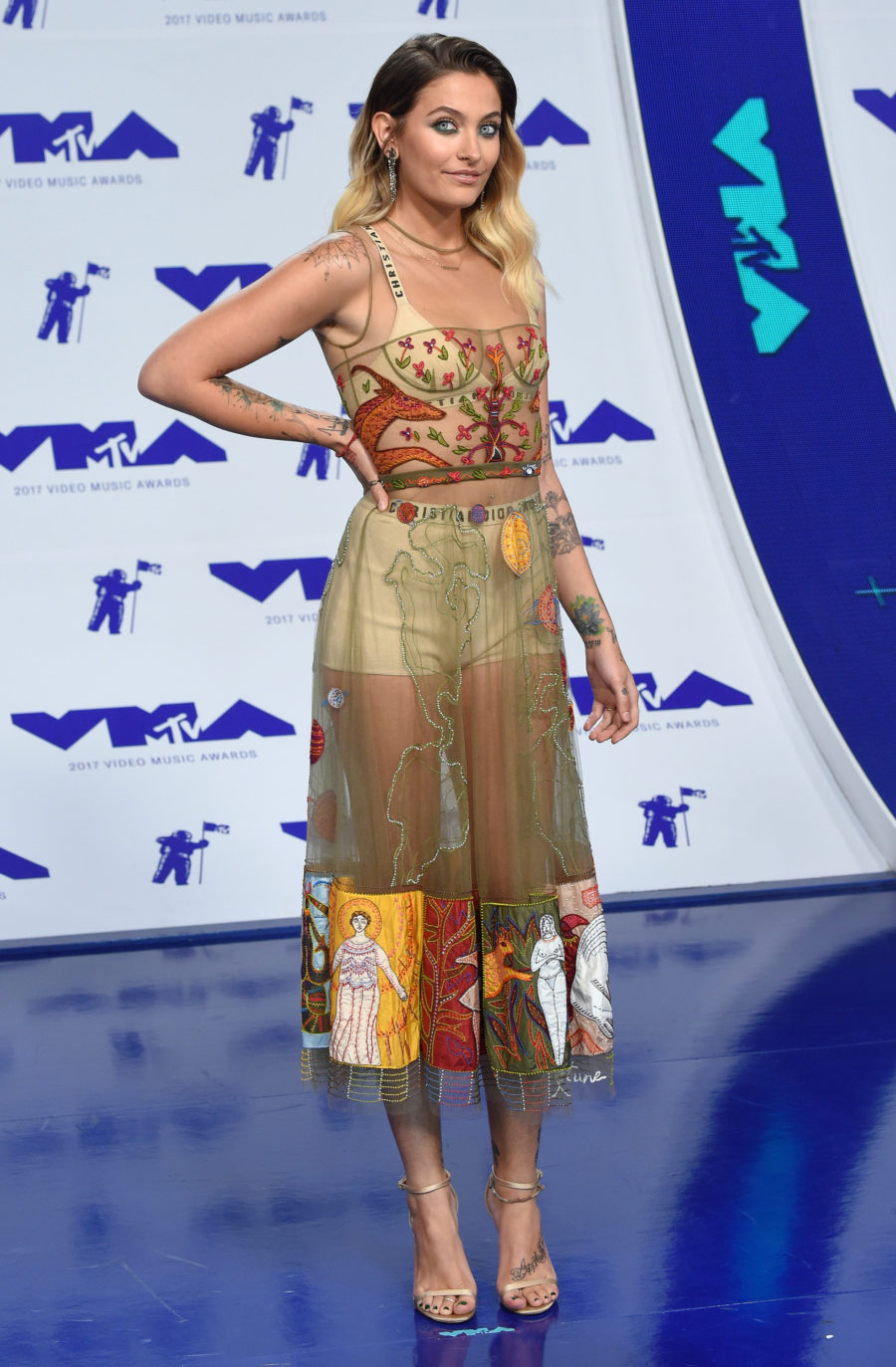 The top part of Paris’ gown was stunning, with intricate embroidered details featuring a world map across her legs, as well as floral imagery, animals, and other earthy designs.

Beneath, she donned a coordinating nude bra and boy short set with bands that said “Christian Dior,” giving the whole look a total ’90s vibe.

She let her dress steal the spotlight, keeping her accessories simple, with dangly earrings and one plated necklace. 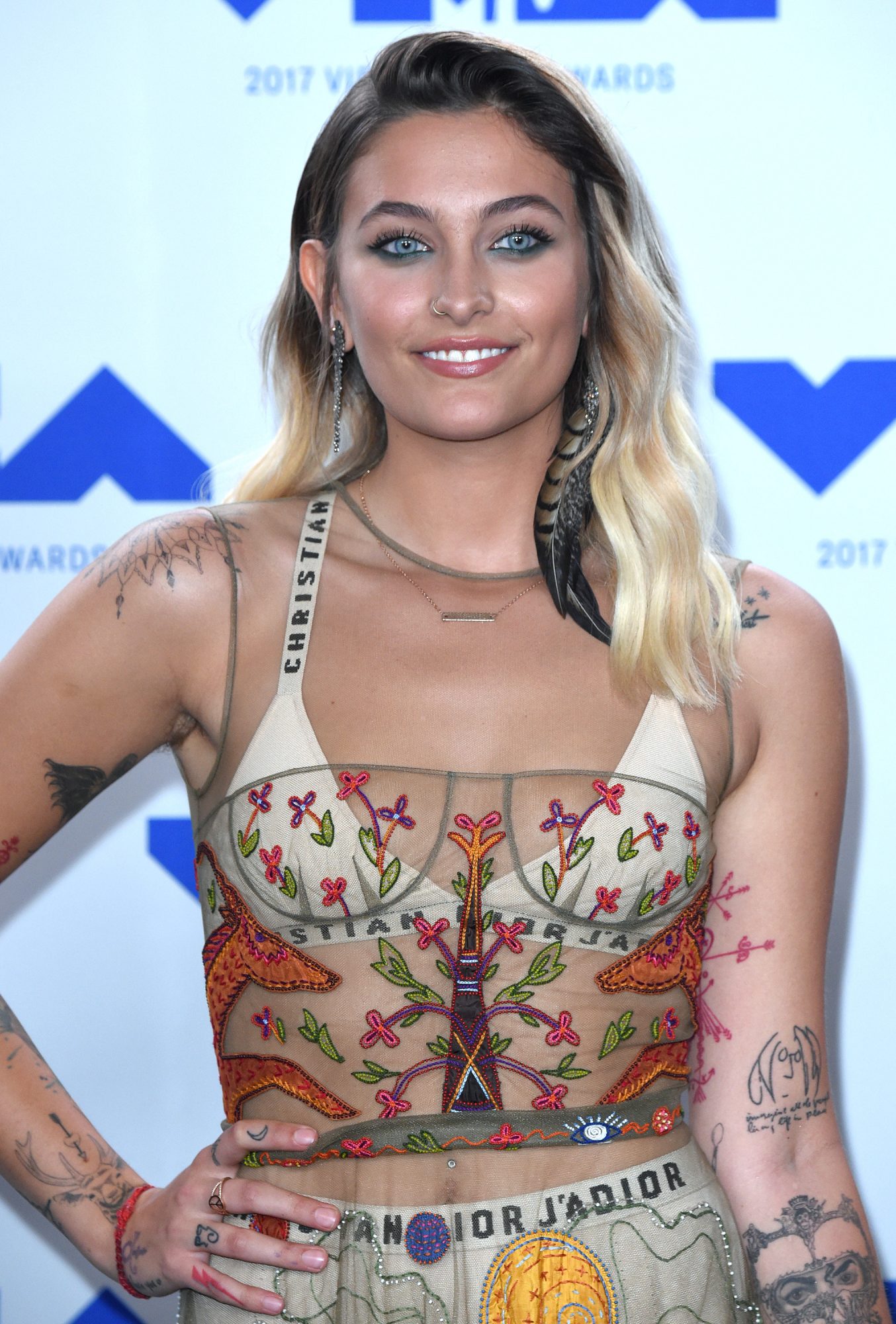 Hair and makeup-wise, Jackson wore her blonde tresses in the chicest soft waves, and rocked a reverse smoky eye, letting her blue eyes pop with a swipe of hunter green eyeliner beneath her bottom lashes.

Paris added a stunning strappy gold sandal to finish the look, which she later ditched in favor of bare feet, proving that haute couture doesn’t have to mean uncomfortable.

This elegant and ethereal look was the perfect vibe for a fun awards show like the VMAs, and yes, Paris totally nailed it.