Recently, multiple stories in which mothers were shamed for their parenting styles went viral — whether it was for packing chocolate cake in their children’s lunches or for talking on their cell phones. Here, one of our contributors shares her own experiences with mommy-shaming.

Moving across the country is hard. Doing it alone with a two-year-old and no money is beyond difficult, but we managed. My instinct was to join a parenting support group and meet other struggling mothers as I settled into my new home. The day I landed in my new city, I had to put in three hours of meetings, rent a car, and find a place to stay. I landed a micro-apartment near a nice college campus.

Once we were settled, I put my son in daycare and went jogging on the campus, where I found a flyer on a kiosk for a parent support group.

There was an image of multicultural women and their little ones — so I assumed the group who made the flyer would look the same way.

That was my first mistake. 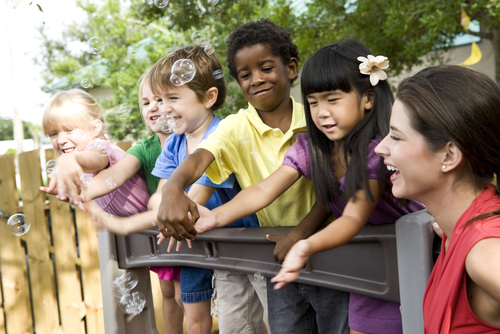 My first day in the parent support group should have been my last, but I am an optimistic person. The room was bright and open. A colorful alphabet carpet was occupied by happy children. Near the story corner, there was a poster that had “hello” written in various languages. Before I could introduce myself, my son took off to join the other children. He was two at the time, and there was nothing terrible about it. My precocious child was determined to be friends with everyone.

I wish my first encounter was as welcoming.

One of the women (let’s call her Megan) approached me with a tight lipped smile.

“Yes. We just moved here.” I smiled and held out my hand to shake hers.

“We hug around here!” She grabbed me before I could refuse. Usually I am terrible at masking my discomfort, but on that day, I deserved an Oscar. After an embrace that seemed to last minutes, she introduced me to Carol. Carol gave me one of those “we know each other” smiles and I panicked, thinking she went to college with me or something. It was worse than that.

“Yes, we sort of met in the parking lot with her babysitter!”

Now I was really confused. My babysitter? What was she talking about? This time, my face matched what I was thinking. They chuckled, then Carol let me in on the joke.

“You know, your phone.

Before we walked in, my son and I sat on a bench outside the center. He was taking pictures on my phone, and I was typing on my tablet. I barely looked up when a woman walked by, saying something about him being really great at using technology for such a little boy. The embarrassment was overwhelming.

Their continued criticism of women who were “too lazy” or “too selfish” to get off their phones was rapid fire after that. Neither Megan nor Carol seemed aware of how condescending they were.

While my son played, I sat in the middle of mothers sharing their general disgust with “most parents.” I was the poster child for “most parents”: My son watched TV, we only spoke one language, and we ate fast food. By the time the children were getting their sweaters, I was doubting everything about my ability to care for my kid. They also humble bragged about their husbands and how much better their kids would turn out since they stayed at home. It was a pretty rough 45 minutes.

Out of politeness, (or maybe guilt), I signed up for their parent support email list. Despite my experience, my son had a lot of fun so I went back. Like the week before, the group was still all-white, save my son and me. Megan and Carol were laughing in one corner, so I went to the other. I introduced myself to Diane, who was a divorced mother of two, engaged to some big shot.

She launched into describing why I should take my “baby daddy” to court for child support, and advised me that I would have to split the money with any of his other “baby mamas.”

In the least threatening voice I could muster, I declined her offer and motioned for my son to come over. We left without saying goodbye. 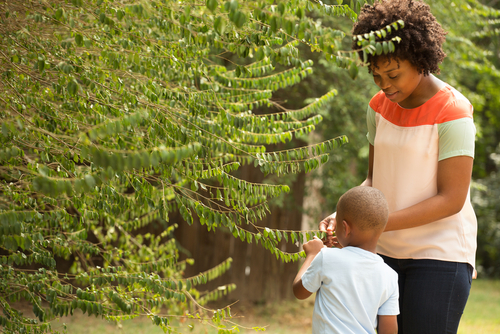 Since then, I have joined other parent support groups that are actually supportive. I won’t forget that experience, though. It is always perplexing to find mothers who seek to judge and isolate other mothers. We all make mistakes, and each parent has their own style.

The lack of compassion among mothers is devastating.

The one thing the experience helped me remember is that I have options when it comes to who I spend time with. The whole reason we have parent support groups is to stand strong together. A lot of people can’t help but judge the way we raise our children, but just know that I love you and I understand that you’re doing your best with what you have.

Having a child is exhausting, and I think you’re doing a wonderful job!