Paranoia is a mental illness symptom that needs your attention

May is Mental Health Awareness Month.

I struggled with my mental health long before I ever acknowledged it. Eventually, I could no longer hide my anxiety and I had to finally address the problem. I realized that my feelings of sadness and desperation weren’t normal. A mentally healthy person doesn’t wistfully consider suicide. Someone with sound mental health isn’t overwhelmed by the smallest task.

The despair that took over my life wasn’t meant to be there. I was relieved to better understand my mental state through regular therapy sessions, and my counselor put a name to what I was going through.

While talking to my therapist, I shared the dread I felt about the unknown. If I missed work for any reason, I was certain that my employees and bosses were thinking the worst of me. If I picked up on a weird vibe from a friend, I was sure they secretly hated me. I feared answering emails or returning phone calls, but I was also convinced that if I didn’t, I would be the target of animosity. To me, every situation was the worst case scenario. Every impression I made was the wrong one.

It had never occurred to me that this paranoia was anything less than normal. I figured I was just a worrier. I had always been a worrier, after all — I just took it to extremes from time to time. When I was especially doubtful of reality, my husband would affectionately call me Paranoid Parrot.

My paranoia was more or less a joke to the people who knew me best. false

Embarrassed by my behavior, I told myself that I was just being silly and over dramatic.

However, my paranoia was a very serious symptom of a much larger problem.

Paranoia occurs when there is a breakdown of your body’s mental and emotional functions. Depression, anxiety, and stress can all make a person more susceptible to these intense feelings of mistrust and conspiracy. Sometimes people who suffer from paranoia even exhibit delusions, see things that aren’t there, and hear voices.

While paranoia is mostly associated with schizophrenia, there are many underlying conditions that can also cause it. If the paranoia doesn’t include delusions but instead fixates on hypervigilance, extreme distrust, and obsession over ulterior motives — as mine did — it’s classified as a paranoid delusion disorder. 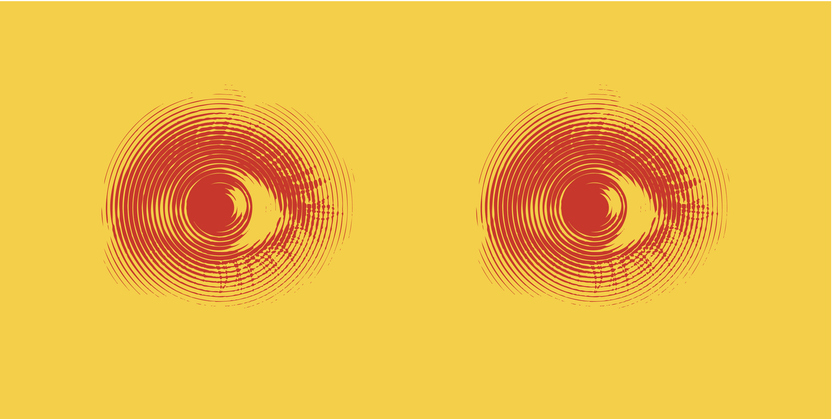 The imagined fears faced by someone with paranoia are terrifying on their own — but what might be even scarier is just how little researchers know about the condition.

In fact, paranoia has only been researched for the last 20 years. Worldwide statistics on paranoia aren’t nearly as thorough as they should be, either. The best estimate states that 18-20% of people around the world suffer from paranoid thoughts, and that 3-5% of the population has some form of severe paranoia. If someone’s family member has schizophrenia, that person is also more likely to suffer from paranoid delusion disorder; there is a genetic link between the two mental illnesses.

With such little research and so many questions, grappling with my paranoia seemed impossible.

I felt especially powerless since there is no quick treatment for delusional disorders and paranoia. A regimen of medication and cognitive therapy is the only solution science has to offer. And, unfortunately, that treatment is slow and sometimes inconsistent. Still, I also felt some form of relief. I was comforted knowing that my intrusive thoughts had a name; they were not something I’d be forced to live with forever. I’d managed my anxiety and depression — I could get through this mental health hurdle, too.

I continued my therapy and immersed myself in suspenseful TV shows and movies. I read mystery novels and true crime thrillers. I turned my penchant for suspicion to fictional worlds so that my own life would be free from conspiracy.

More than anything else, my ability to laugh off my worst doubts was helpful for my recovery. Reading Mindy Kaling’s Is Everyone Hanging Out Without Me? (And Other Concerns) provided a hilarious look at the same worries I agonized over to a different extreme. Mindy got me. And if she could find the humor in her own situation, couldn’t I find it, too?

Did these books and TV shows cure my paranoia? Did the combo of medication and therapy wipe my mental slate clean? Of course not. But now, whenever those doubts and conspiracies creep into my brain, I can recognize them for what they are — and what they aren’t.

I’m never going to be completely free of my mental illnesses, but I’ve found a way to survive them.