Too many of us have stories of doctors not believing our pain, years spent being misdiagnosed, and struggles in accessing the care we need (from exorbitant costs to previous intimidating appointments). Often, health care obstacles are directly tied to medicine’s gender bias, as well as stigmas relating to our race, ethnicity, sexuality, non-binary gender identity, age, and income. In our series Pain Today, we are highlighting these stories through personal and reported essays, hoping to empower each other to advocate for our health in a way that much of the medical community does not.

My experience with anxiety took the form of sleepless nights and waves of dread. Initially, I believed that I was only having stress symptoms, and then the anxiety got so much worse. My days were consumed with worry, and I knew I wasn’t okay. I sought out the assistance of a doctor, but the diagnosis (insomnia) and the treatment (breathing exercises) were not what I had envisioned.

I’m sure my experience with a mental health condition is nothing out of the ordinary; 40 million American adults have anxiety, but only 36.9 percent of those with the condition receive treatment. Though I did seek help, I was disappointed in the answers I received. Only after multiple visits—including one to another doctor—did I feel that my concerns were finally heard.

According to Dr. Vint Blackburn, assistant professor of psychiatry, UPMC, receiving the correct diagnosis requires open communication between doctor and patient. In my case, my anxiety wasn’t receiving the seriousness it warranted, but that’s not always the situation for every person. “[Many] primary care physicians have gotten pretty sensitive to at least trying to listen to patients who say, ‘I think I’m depressed’ or ‘I think I’m anxious,’” he said. “The problem is, we often encounter people not wanting to admit they’re struggling or resisting treatment.” He attributes this to a continued stigma that surrounds admitting you have a mental health condition.

I can admit that in the initial phases of my anxiety, I too tried to deny that it was anything serious. Eventually, once I saw how much my symptoms affected my life, I accepted that I needed help, and started seeking treatment. Even though I didn’t fully understood what anxiety was, I listened to my body.

When the initial treatment prescribed by my doctor didn’t work, I spoke up.

I sought the opinion of another doctor, and I discussed potential ways to treat the anxiety, deciding on a treatment plan that I found effective. 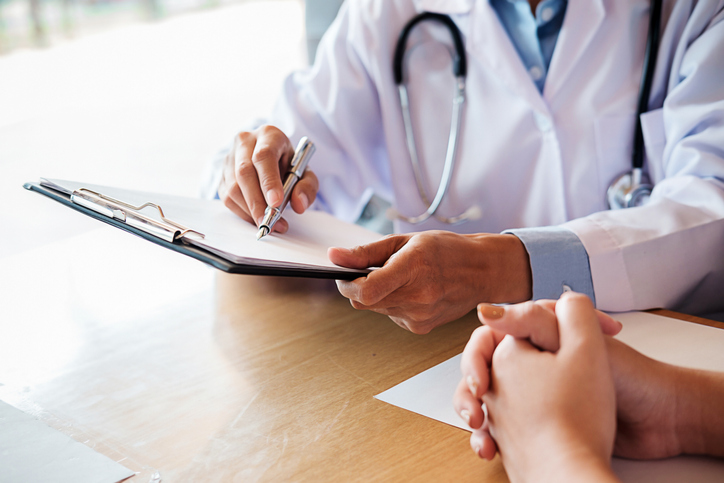 With mental health treatment, it may take a period of adjustment before you begin to feel better, especially when it comes to medication, Dr. Blackburn said. It’s never too late to seek out treatment or to schedule an appointment with your doctor, but he said that “like any illness, sooner is better than later.” Once you do begin treatment, it can take four to six weeks before you see any significant change.

For me, once I started medication, I started to feel a gradual lessening of my symptoms. It didn’t happen overnight, which is something Dr. Blackburn reminds his patients. “People want to feel something right away…but the improvement is long term,” he said. “People have to be patient. Recovery of any illness is not linear, it doesn’t continually go up and improve; there’s going to be setbacks.” For me, setbacks came in the form of anxiety attacks.

But when that happened, I was sure to be open with my doctor about the seriousness of my symptoms. I was prepared with questions and concerns, and I put my health first, ensuring that I received the medication I needed.

It was certainly not easy to speak up and admit that my health had worsened, but by doing so, I was able to actually receive help.

Ultimately, like any other illness, anxiety will present itself in different ways in different people. Not all symptoms will be the same, nor will all forms of treatment prescribed by a doctor. The most important thing you can do is tell your doctor exactly how you’re feeling, and if you’re not feeling better or you want to try something else, don’t be afraid to share that with your healthcare provider—or to look for a new doctor who will believe you. No matter what course of action you follow, Dr. Blackburn said it’s important to celebrate the fact that you sought help. “One of the things I tell people is that we are not in charge of our brains, our brains are in charge of us,” he said. “The brain is an organ, and when it gets wonky we can’t make it function by pure will alone. We see mental illness as a medical illness, and sometimes you need help to correct that.”