Want to own a home? Here’s what you need to make based on where you live.

Tired of paying rent and curious how much your annual salary has to be to afford to just buy a house instead? Well, according to new stats from HSH.com, you may not have to shell out rent any longer—depending on where you live. Yep, it may be more economical to buy a house. NBD, right? I know, I know, that seems so… adult. But if you did want to buy a house, how much very adult money would you really need to make? Well, it depends on where you live. 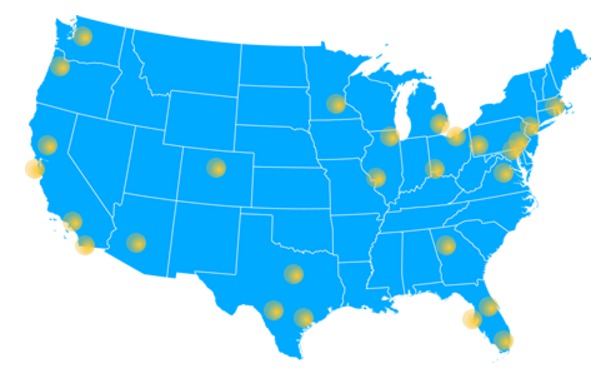 How did HSH.com figure this out? They used the average jumbo mortgage rate and took into account the entire cost—the principal, interest, insurance payments, and taxes on a median-priced home from the National Association of Realtors.

They also found that mortgage rates were lower in every city below during the fourth quarter. Plus, quarterly home prices got lower in every metro area but five—however, prices went up in every area but three year-over-year. 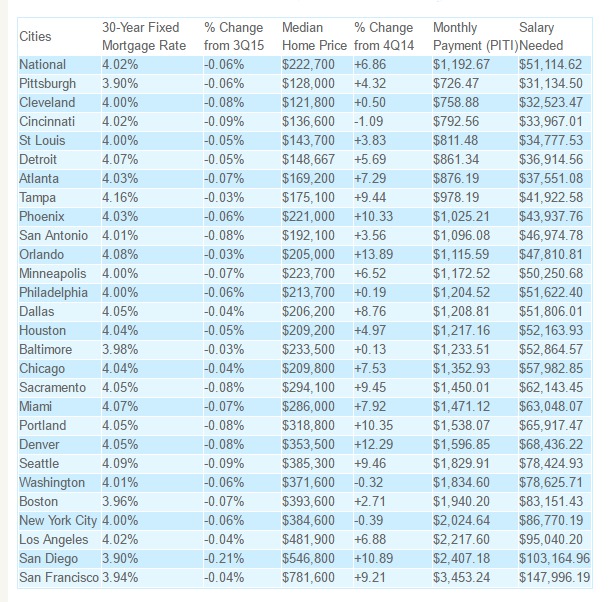 HSH.com also discovered that home prices and lower mortgage rates were more affordable in all but two of the above cities. That’s the great news. But the bad? The National Association of Realtors can’t promise the same for 2016—more demand will equal higher prices. “Without a significant ramp-up in new home construction and more homeowners listing their homes for sale, buyers are likely to see little relief in the form of slowing price growth in the months ahead,” said Lawrence Yun, NAR chief economist.

So, all in all, keep saving for that down payment because, just like the economy, prices of homes and mortgage rates can continue to fluctuate. You can check out more of HSH’s findings per city here.