How I overcame the stigma attached to antidepressants

The first week of October is Mental Illness Awareness Week.

Winter in Northern California involves rain, lots of it. But last year, the rain never seemed to stop. From December to March, it rained and rained and then rained some more. I found myself not wanting to get out of bed — it just seemed easier to stay under the covers. I cried nearly every day, to the point that days when I didn’t tear up were a rarity. At one point, I couldn’t even muster up the strength to respond to text messages from close friends, or even from my parents.

This was out of the norm for me.

There was this darkness that seemed to follow me. It felt like nothing would ever be right. I thought about the constant rain — maybe that’s what was bumming me out? Maybe I was feeling overwhelmed by the post-2016 election world in general. I made an effort to eat better, unplug from social media, hang out with friends, and stay active. But no matter how much I tried to change my routine, I couldn’t shake the feeling.

I was talking to my therapist during our regular appointment, and shared my frustration over this looming feeling of unhappiness. I had no reason to feel this way, so why did I?

Then, she spoke four words that would change my life: “I think you’re depressed.” 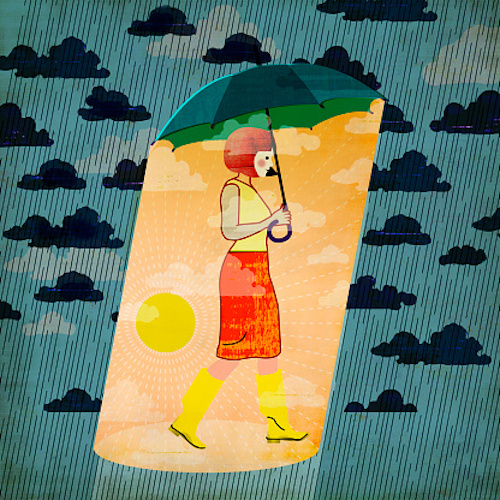 I was relieved by her concise explanation, but confused as to what it meant. For my whole life, I’d been told that I was “just sensitive,” that I felt things more than other people. Clinical depression was totally off my radar. I knew I had anxiety, but I thought that was my one and only mental health issue — one I’ve personally been able to manage with various means other than medication.

My therapist told me that I’d likely been depressed since my mom passed away twenty years ago. I’d been getting by alright dealing with this low-grade depression, but moving to a new city, starting a new job, and entering a new chapter in my life triggered depression-induced anxiety.

My self-preservation routine was helpful,  but it wasn’t enough. It was time to explore the antidepressant route.

I was referred to a psychiatrist who could help me find the right medication and solution for me.

My little sister was the first person I texted about my newfound depression. I felt safe opening up to her; I knew she would understand and be a voice of reason and support. I didn’t tell any other family or friends, since I figured that talk of depression could prompt mixed reactions I didn’t need to hear. To me, anxiety seemed to be a more accepted mental health issue, even amongst coworkers and acquaintances.

There was a certain stigma associated with depression, one I felt would cause alarm bells and assumptions to go off in other people’s minds.

Days later, I was back at my family’s home for a long weekend — a trip I’d planned as a short getaway to spend time with them. I had also unintentionally scheduled a meeting with a psychiatrist for this particular weekend (not the vibe I’d planned for the trip, but life happens). As I waited for the day of my appointment, I was relieved to know there was a diagnosis for my experience. Still, though, I was nervous about broaching the subject with my friends and family.

Would they get it? I didn’t want them to act differently around me.

Sometimes, it’s easy to forget that so many people have actually experienced the things that make us feel completely alone.

I spent part of the weekend talking through my depression with friends and family. By the end of each conversation, I felt so much more understood and supported. Some had been down the medication path themselves, while others wondered what depression really looked like. Some of those conversations were definitely frustrating, but I realized that many people simply don’t know what depression is.

“Feeling depressed” is a phrase that people use so casually when they might not actually be experiencing a full-on depression. There were even moments when I felt guilty that I couldn’t pinpoint the cause of my depression. How could I justify my mental health struggles?

But working through depression and choosing to turn to medication isn’t about justifying anything — it’s about taking care of your own mental health and putting yourself first. 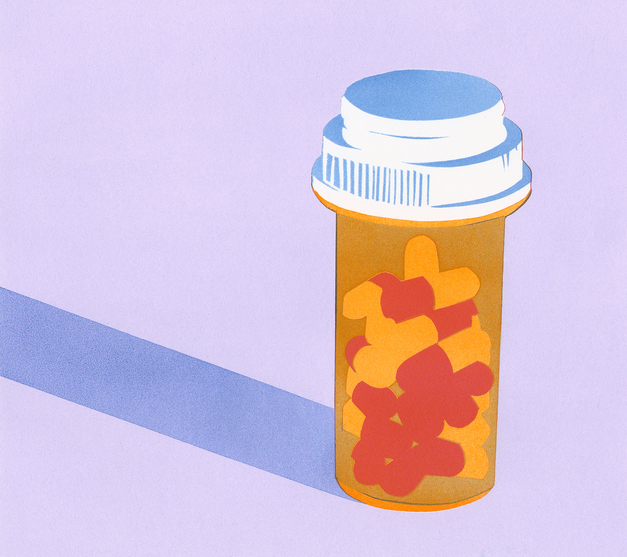 When I finally met with the psychiatrist, I didn’t know what to expect. I wasn’t sure if it would be similar to my experiences in therapy — would I be sitting on a couch, crying? — or if it would be something else entirely. My hour-long sit-down with the psychiatrist was eye-opening and helpful. After answering questions about what I’d been feeling both mentally and physically, he helped me understand how depression works on a biological level.

"If you have a broken arm, you don’t say,  'I am my broken arm,' he explained. “The same goes for depression. Depression is a state you’re in, not who you are.

For the first time, I was able to see my depression as something that was medical, something separate from myself.

He suggested that I go on a low dosage of Lexipro, a common antidepressant known as a selective serotonin reuptake inhibitor (SSRI). I was tasked with taking it at the same time every day, and logging what I felt mentally and physically in a journal.

I learned that finding the right medication is a process, as there is no single medication that works for everyone.

Sometimes it’s necessary to increase your dosage; sometimes it’s worth changing medications. But it takes a few weeks for the SSRI to fully work in one’s system.

When I left my appointment, I cried tears of joy and relief — but also of fear for the unknown. The support of my family and friends was so key throughout it all. I first found myself referring to my depression as anxiety, a diagnosis I was more comfortable with. But a few weeks later, I could finally be up front with the fact that I had depression.

I was not defined by my depression any longer. Taking control of the situation wasn’t easy, but seven months later,  I feel like a weight has been lifted.

No one should fear seeking help or using antidepressants because of the stigma so often attached to medicating oneself. Doing things the “natural” way doesn’t always mean abandoning medication options entirely. I had to face that fact that SSRIs exist because they work; they help people. Taking an SSRI doesn’t mean that each day is perfect for me, but my days are certainly easier than they were before.

I can now recognize depression as a state that I’m in, versus the person that I am. It no longer defines me, and it shouldn’t define anyone.