Opinion: Meghan Markle, call in sick when Trump shows up

In late June, Robert Wood Johnson, the U.S. ambassador to Great Britain, confirmed that Queen Elizabeth II would be meeting President Trump when he visits the United Kingdom in early July. That means other members of the royal family will then be obligated to meet him as well, and in my head, I can already see how it will go. And I feel so sorry for Meghan Markle.

Ivanka Trump will probably be attached at Meghan’s hip the entire time, hawking her various products while duly pretending to care about the rights of women and children — despite never bothering to speak up on either of their behalves when called to. Ivanka’s brothers, Donald Jr. and Eric, will be there, too. As will her husband, Jared Kushner. (But not Tiffany Trump; she is never invited to anything, bless her heart.) Melania Trump will certainly be on the premises to join her husband, who will eventually hover over to the Duchess of Sussex to be racist, repugnant, and ignorant. One might guess he’ll blather to Meghan Markle about the monarchy’s luck — they don’t have to be subjected to “witch hunts.”

I’m guessing that, the entire time, Meghan Markle will be yearning for a muzzle in order to avoid saying how she truly feels about Sweet Potato Saddam and his adult spawn.

After all, this is the same person who — before she became a member of the royal family — described Trump as “divisive” and “misogynistic” during a May 2016 appearance on the former Comedy Central series, The Nightly Show with Larry Wilmore. Then an actress on Suits, which filmed in Toronto, she joked about remaining in Canada.

Markle managed to find another escape plan, but now she is set to be in Trump’s presence quite soon. Of Trump’s U.K. visit and meeting with Queen Elizabeth, Johnson said, “Yes, yes, I mean he has to see the head of state…Putting his foot on British soil, it’s job one, it’s very important, very symbolic. Meeting Her Majesty is the most important thing, because she’s the head of state, and from then on, it’ll be what the president wants to do.”

While Markle was known for her activism before her passport-of-choice changed, she now has to remain “impartial.”

As in, she cannot cuss him out on behalf of women, people who aren’t white, and those who don’t hate Muslims, LGBTQ people, and immigrants.

In the same week that Trump’s visit was confirmed, Markle’s father Thomas (who seems to never known when to stop talking) claimed to Good Morning Britain that Prince Harry had told him to “give Donald Trump a chance.”

“I sort of disagreed with that,” he said. “That was his politics, I have my politics.”

Usually, I would tell a person to dump a Trump-apologist immediately, but in this case, I would encourage my favorite Duchess to tell her Duke that there is no chance to give that cantaloupe-colored bag of bigotry. Then I would advise her to remind Harry that one of his uncles was a wee bit too chummy with terrible human beings and he needn’t repeat that mistake. (Yes, I love The Crown, too, y’all.) 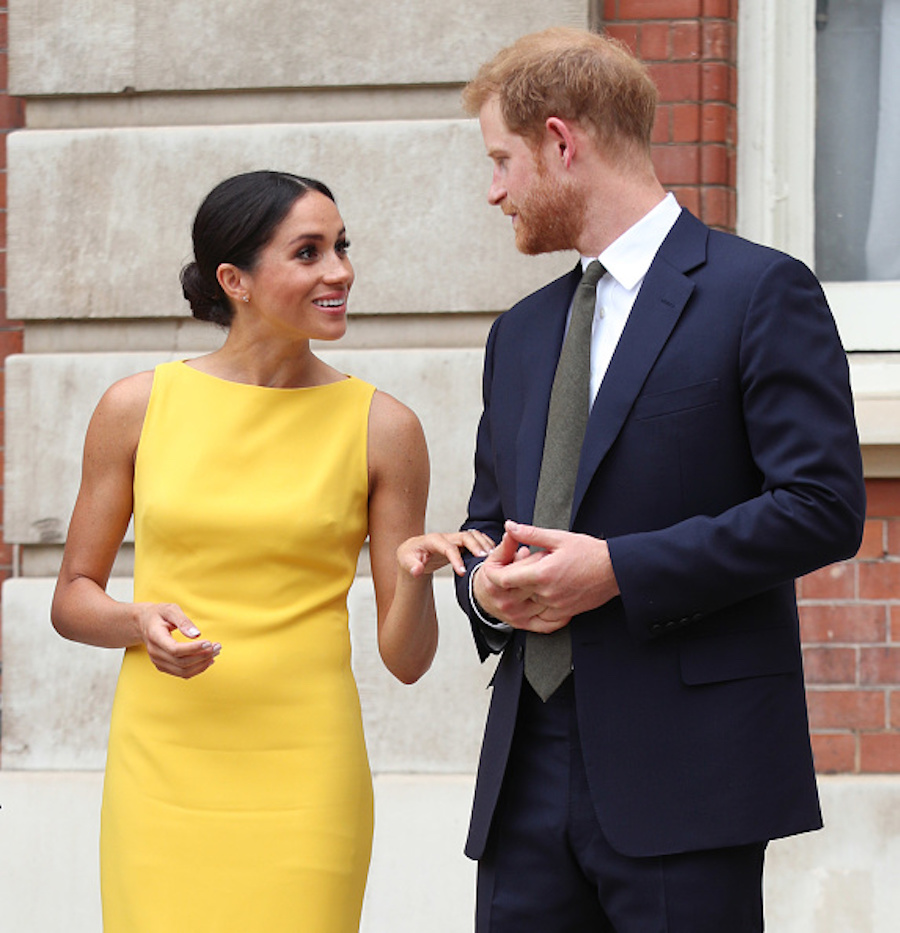 As for Meghan, girl, fake sick. Seriously, I don’t care what it takes, but figure a way out.

Meghan Markle is a woman of principle, and unlike her fancy new kinfolk, we know about her political ideology. Therefore, she shouldn’t have to be subjected to pleasantries with that man — I will not stand for it. Like, absolutely not. Granted, I have absolutely no say on the matter, but seriously, scam your way of out this, Duchess of Sussex.

Tell the Queen you will make it up to her during a visit with the next aspiring authoritarian who uses tape to secure a tie. Meghan is living the new American Dream: not having to be bothered by Donald Trump. I don’t want that ruined for her.

Call me, Meghan, if you need more tips. But for the love of Beyoncé, get out of having to hobnob with Bankruptcy Batista.