John Mulaney and Nick Kroll had to jump through *so* many hoops to get their understudies for “Oh, Hello” approved

If you attended any one of the 138 performances in “now classic” Broadway show Oh, Hello, you probably saw something surprising in the Playbill. While Nick Kroll and John Mulaney created, wrote, and starred as Gil Faizon and George St. Geegland in the show, they also decided to have understudies — and not just *any* old understudies either.

Serving as backup George and Gil, were none other than acclaimed actors and Mad Men stars Jon Hamm and John Slattery. While the actors never *actually* made an appearance in the show in character — Slattery was starring on another Broadway show, The Front Page at the time — the were an official part of the cast, with real headshots and bios to prove it. 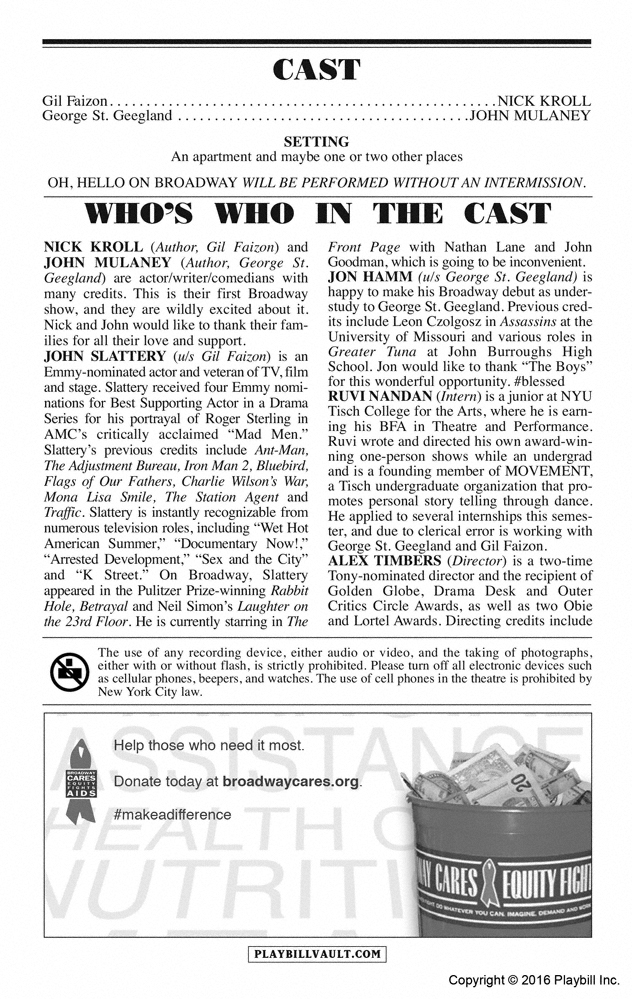 While Hamm and Slattery’s roles as understudies for Oh, Hello made for a hilarious running joke, it turns out Mulaney and Kroll had to jump through some serious hoops to get the joke off the ground. Speaking with reporters about their Oh, Hello Netflix special, the duo revealed that they had to go to Playbill and the Actors’ Equity Association (the theater labor union) to ensure that they weren’t going to create a legal and financial mess…because you can’t just say someone’s you’re understudy.

"It's crazy because we had John Slattery [and Jon Hamm]. We had to get a special dispensation from Playbill," Kroll said. "And Equity [knew] they will never actually perform as our understudies." "And they know they can never perform and no one will hold them accountable," Mulaney added. 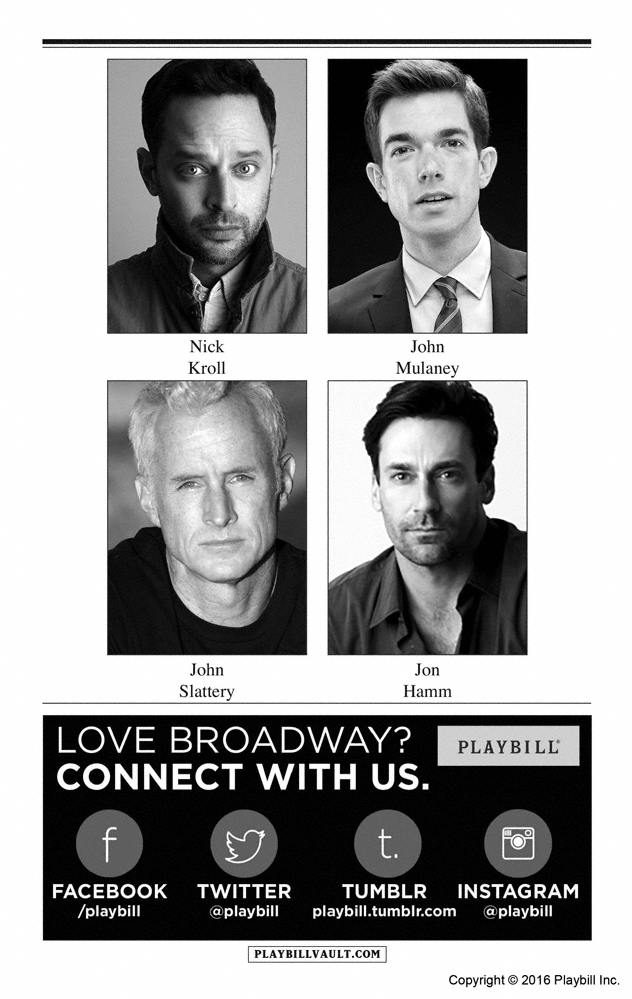 The two noted that since Slattery was starring in another show on Broadway, it would have made his understudy duties very difficult. However, Mulaney and Kroll felt as though they had the right understudies chosen and would have even turned the show over to Slattery and Hamm if the had been interested. Mulaney said, “If we were to ever give it over to anyone, we’d give it to them, but it was like they showed no interest.”