17 things that happen when you’re obsessed with bread

“If there’s anything that would be the solution to world peace it would be bagels.”

1. If you’re left alone with bread it’s gone in about five seconds.

2. You have mixed emotions about your relationship with bread.

3. Your family knows exactly which type of bread is your favorite, and they make sure to send it to you if you’re far away.

4. Bread tends to dominate the majority (if not all) of your selfies. 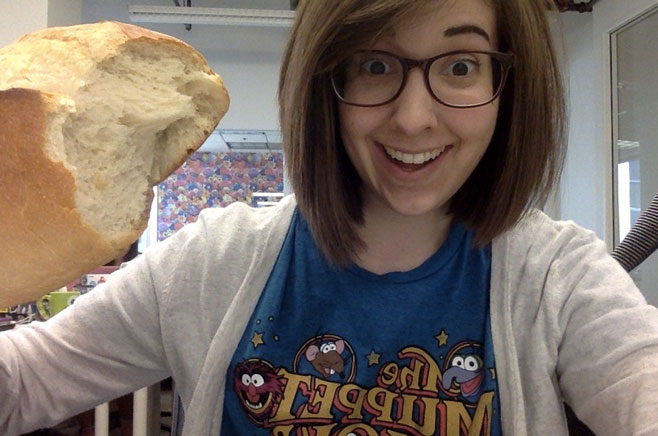 5. You’ve thought about taking your relationship with bread to the next level.

6. And, okay, maybe you have taken it to the next level.

7. You picture a world where instead of babies, there is bread.

9. You prefer to celebrate major milestones in life with bread instead of other, lesser, carbs.

10. Because you know bread is the true meaning of life.

12. You’ve gotten to the point where you actually just want to cover yourself in fake bread…

14. When you’re on vacation and take photos, your focus isn’t the (yawn) landmarks, but the bread you get your hands on.

15. You know this is basically what heaven looks like.

16. Bread is usually your go-to answer for any problem.