What Noviy God, the Russian celebration of New Year’s Eve, means to the daughter of Soviet Jewish refugees

I remember my family’s first Ёлка (pronounced phonetically as “Yolka,” it translates to “spruce tree”) in the new home my parents bought. I was five years old at the time. My dad took me to a nearby Home Depot to hunt for trees on December 26th. The salespeople asked us if we celebrated orthodox Christmas, and we replied that this was actually for Новый Год (pronounced phonetically as “Noviy God,” translates to New Year), the Russian/Soviet celebration of New Year’s Eve. Also, we are Jewish. They looked confused.

To my delight, my dad let me pick out whatever Yolka I wanted (since most of them were over 50% off). He told me that, traditionally, they had a blue spruce tree in Ukraine, and I found one that looked almost just like it.

Over the years, the prices of the Yolkas post-December 25th increased as more immigrants from the Soviet Union moved to our neighborhood. Everyone would go out looking for trees for Noviy God.

Though the installing and decorating of a tree dates back to 17th century Russia, when Peter the Great imported the practice as a result of his European travels, it was banned in 1916 because of its traditional origins in Germany (Russia’s enemy during World War I). Then, in 1917, the Marxist-Leninist doctrine established a Soviet state of atheism, and all religious holidays and celebrations were prohibited. In 1935, Josef Stalin brought the celebratory tree back to the Soviet Union.

However, this was not a tree for religious Christian celebrations, but rather to celebrate a secular new year. 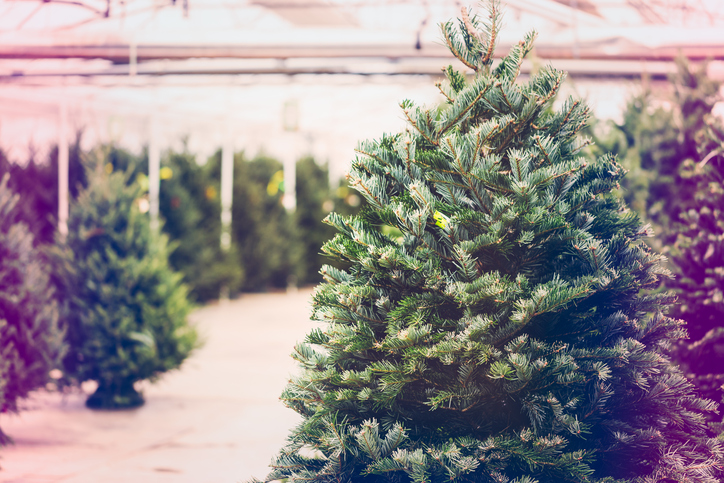 Santa Claus became Ded Moroz (Father Frost). He is helped not by elves, but by his granddaughter, Snegurochka (The Snow Maiden). Overall, Noviy God became a civic celebration, one marked by abundant meals, gift exchanges, parties, champagne, visits with family, and the striking of the clock at midnight. The 1976 Soviet romantic comedy The Irony of Fate, or Enjoy Your Bath! also became a classic film to watch in Noviy God tradition. It was broadcast yearly in Russia and many former Soviet republics, similar to the frequent airing of It’s a Wonderful Life or A Christmas Story during the holiday season in America.

Our Noviy God parties, whether at my family’s house or a close friend’s home, were always a delight, full of festivities and magic.

My mom always likened the stories and rituals behind Noviy God to a fairytale.

When uncles or friends dressed up as Ded Moroz and called me Snegurochka, I felt like I was in a fairytale too. I remember adults dancing, children napping on our couches, glasses clinking, and lights twinkling from the Yolka in the corner.

We always prepared the most delicious feasts, some of which would not have been possible for most families to cook in the former Soviet Union. My mom remembers waiting in long lines for toilet paper, champagne, and mayonnaise each year before the holiday cooking would begin.

When my parents first moved to Chicago, their little post-Soviet bloc community would come together for the holiday and celebrate, like one big family. Though they only took three suitcases with them from Ukraine, they managed to include a few treasured Yolka ornaments to decorate their tree in the New World.

Nowadays, there are juicy Siberian meat dumplings served with sour cream, herring (often pickled), beet salads coated with mayonnaise, traditional Russian potato salad with bologna and mayo, pickled vegetables, dark rye bread, Russian chocolates, stuffed cabbage, meat cutlets, dumplings with cherries…and of course, caviar. In the Soviet Union, buying caviar was out of the question for most families (it was equivalent to one month’s salary for most working-class families). Red salmon caviar was more affordable for my family in the U.S. ($3.13 per ounce). Now that we could access it, caviar always found a place at our Noviy God table. 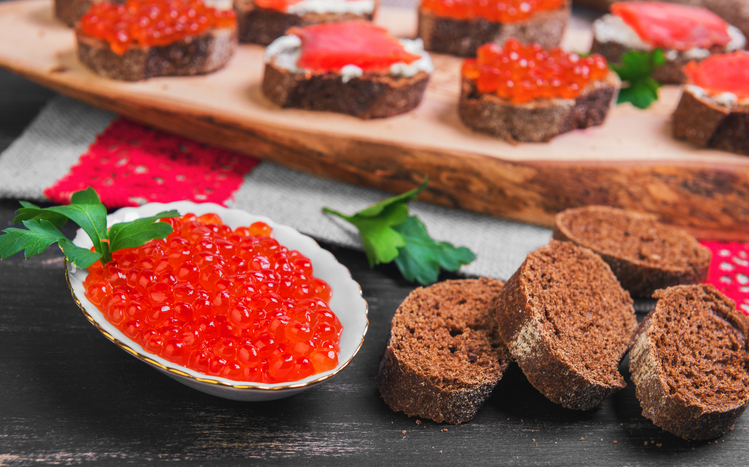 I love Noviy God. Next to Purim and Halloween, it is my favorite holiday because of how much it celebrates at once, and how much promise and magic it holds.

Other people, especially other Jews who didn’t come from the former Soviet Union, observed my holiday with disgust. Classmates and friends would invalidate it, calling it “Jewish Christmas” and referring to my beloved Yolka as my family’s “Hanukkah Bush.”

Before my college days, I took these remarks lightly, brushing off the twinges of sadness and confusion. But then, I started dating a #NiceJewishBoy (he was even finishing his law degree). Stereotypes aside, he was a very nice person and identified as a reform/cultural Jew — but even he couldn’t understand Noviy God, no matter how many times I explained that it was a secular holiday.

“Jews don’t have Christmas trees in their homes, he told me. He also told me that if we ever lived together or got married, we wouldn’t have one in our home.

I told him we’d have to live in separate houses, then. No way was I going to give up my favorite holiday that carried such a rich, ripe history with it, a togetherness with family and friends I seldom found elsewhere.

Jews weren’t allowed to celebrate their own holidays in the Soviet Union because they were religious and thus forbidden. Noviy God gave my family and friends the sense of connection and tradition that they were missing.

For me, it’s become an inherent part of my heritage.

I explained all this to him, and it fell on deaf ears. Needless to say, we’re not together anymore.

Now, my family and I celebrate Rosh Hoshanah, Yom Kippur, Chanukah, and Passover, but we also celebrate Noviy God and the Fourth of July. Our identities are incredibly complex, and part of my identity is Jewish, yes — but it is also American, Russian, woman…The list goes on and I celebrate them all.