Opinion: Can we not reboot birtherism during Kamala Harris’s campaign?

Author Michael Arceneaux discusses the return of the racist “birther” conspiracy now targeting Senator Kamala Harris, and the media’s responsibility to handle it better than they did when it targeted former president Barack Obama.

Less than 24 hours after Senator Kamala Harris announced that she would run for president in 2020, a conservative troll tried to pull us all back to 2008. Jacob Wohl, a self-described “political and corporate intel consultant,” alleged that Harris was not eligible for the U.S. presidency in an unfortunately widely shared tweet. Like any normal person, whenever there is an element of déjà vu happening, I start hearing Beyoncé—but in this case, the melody was sadly drowned out by the stupidity literally screeching from Wohl’s asinine accusation. false

In the comments, a debate ensued over whether it was worth bringing facts to the unreasonable. As much as I like to ignore ignorance, there is something to be said about knowing the climate one exists in. Though not every media person is at fault for this, it’s undeniable that far too many concern themselves with being “objective” rather than truthful. That disregard for the truth in favor of appearing fair (how none of these people realize the truth is fairest of all continues to blow my mind), coupled with media outlets’ desperation for clicks and views, is why it’s so easy for literally anyone to peddle a conspiracy theory and see it quickly spread.

To that end, even when you don’t want to reckon with a fool, I usually reckon that we must in order to limit their damage as much as possible. I agreed with attorney Max Kennerly, who quickly corrected Wohl. When other Twitter users asked why he even bothered, he wrote, “I do not expect to change his mind. But might these facts enter into the minds of other people reading and, even in the slightest way, start to sway them towards the correct answer? Maybe. And that’s why I do it.” 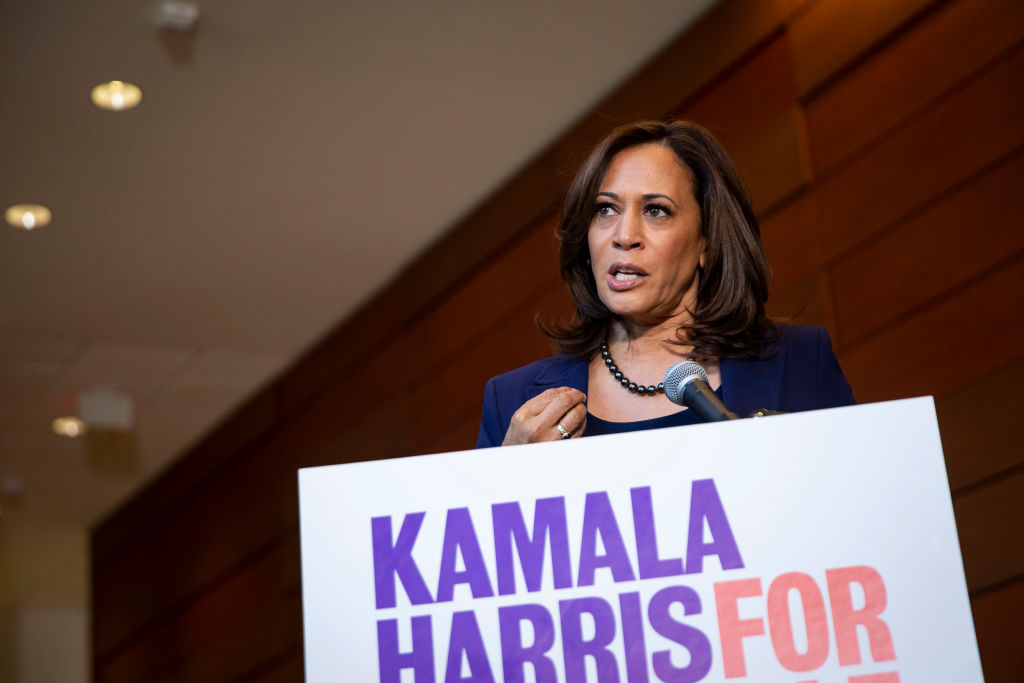 First noting in a now-deleted Tweet “hopefully there will be no games where the issue keeps changing for righty accusers,” Cuomo went on to write “the legit info abt Harris comes out to deal with the allegation ASAP…The longer there is no proof either way, the deeper the effect.”

Chris Cuomo benefits from being the less infuriating Cuomo in the public eye, but he rightfully saw his mentions lit on fire for the tweet. Ian Sams, who serves as press secretary for Harris, responded to Cuomo, explaining, “There’s no ‘both sides,’ there’s no lack of proof or competing facts, there’s no mystery about the ‘legit info.’ This is ridiculous — just like the birther smear was a decade ago.”

One of the most frustrating aspects of the entire “birther” conspiracy involving former president Barack Obama is that the media gave a platform to people out of their rabid ass minds so they could spread a racist conspiracy theory. Yes, it should have been promptly debunked—by the media, not Obama himself.

When the first Black president of the United States had to release his birth certificate, it was a testament to the racism imbued in society.

It was also a testament to the overall laziness of far too many journos who didn’t properly capture it. Not to mention, it gave political legitimacy to Donald Trump, who is more or less just a crazy old man whose political ideology is framed by remarks fed to him on a morning propaganda show pretending to care about the news.

CNN, and by extension, Chris Cuomo, are supposed to be better—but once again, they have failed.

Cuomo later said that his initial comment was misinterpreted, saying, “Sen Harris has no duty to justify any such accusation, let alone a birtherism attack. You accuse, you prove. That was my point. Apologize for confusion.”

I remain skeptical for no other reason than Cuomo’s initial response—plus the media is already repeating many of its 2016 missteps like, say, the “likability” of female presidential candidates. There are more thoughtful, deserving examinations of Harris taking place—namely her record as a prosecutor and stance on sex workers. Still, whenever substance goes up against the superficial in our political coverage, the latter often gets the upper hand.

Cuomo’s initial response was concerning because it should not have required additional explanation. We have been here before.

As Buzzfeed News reporter Molly Hensley-Clancy revealed, there has apparently been a plan to burden Harris—arguably the most viable Black female presidential candidate contender in American history—with this racist conspiracy. And while I get Americans seem to enjoy a reboot, I truly hope we can avoid this one. I wish I could say I was more confident.