Team U.S.A.’s historic diversity at the 2018 Winter Olympics is a victory in itself

When the 2018 Winter Olympics began in PyeongChang, South Korea earlier this month, the opening ceremony was filled with all the pageantry, excitement, and fireworks we’ve come to expect as we invest our time and emotions into watching our favorite athletes push themselves to achieve great heights over the next sixteen days.

The Olympics has a way of attracting viewers who may not otherwise enjoy sporting events. This may be because Olympians can make us believe the impossible is possible with the beauty and precision they pour into each event. It is certainly an occasion that invokes love of country as we cheer for gold medals.

This 2018 Olympic team is the most diverse of any United States winter delegation — and this is something to celebrate.

These athletes have worked tirelessly to achieve a coveted place on the Olympic team. Breaking color barriers and persevering in an industry that has not always been welcoming to people of color is not easy.

The diversity reaches across race, gender, and sexual orientation. The U.S. team includes 108 women, which is about 45 percent of the entire team. There are 12 Asian-American athletes and 11 Black athletes. There are also two openly gay male athletes proudly representing Team U.S.A., which is a first in Winter Olympic history. 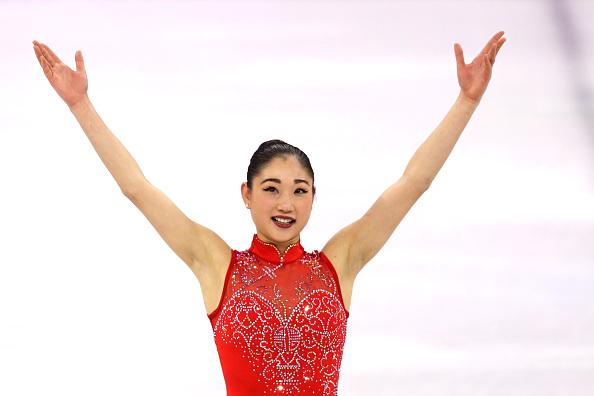 History has shown that the winter Olympics are significantly less diverse than the summer Olympics when it comes to the athletes who represent the United States. Five-time Olympian Shani Davis, who was the first Black athlete to win a gold medal in an individual sport in the Winter Olympics, has a non-profit that introduces speed skating to inner city youth in Washington, D.C. The training for Winter Olympic sports is extremely expensive, making it difficult for underserved communities to access to most winter sports and the expensive training facilities.

The United States Olympic Committee is aware that lack of diversity is an issue, so they’ve implemented a diversity and inclusion department, which is working towards building a team which is reflective of all American citizens.

Yes, the numbers for diversity are still low. Yes, there is a long way to go before we see the Winter Olympic games look like a true reflection of our society.

But we must celebrate the diversity we do see. When we don’t allow ourselves to celebrate strides towards change, no matter how small, we all lose. Our country continues to evolve, and with that evolution, let’s cheer whenever we can. No matter how slow or minimal the progress, there is progress.

I’m excited to see so much awe inspiring multi-cultural talent on full display at these 2018 Winter Olympic Games. Children of so many different ethnicities will be watching with pride and enthusiasm as they see athletes who look like them. That is worth celebrating.