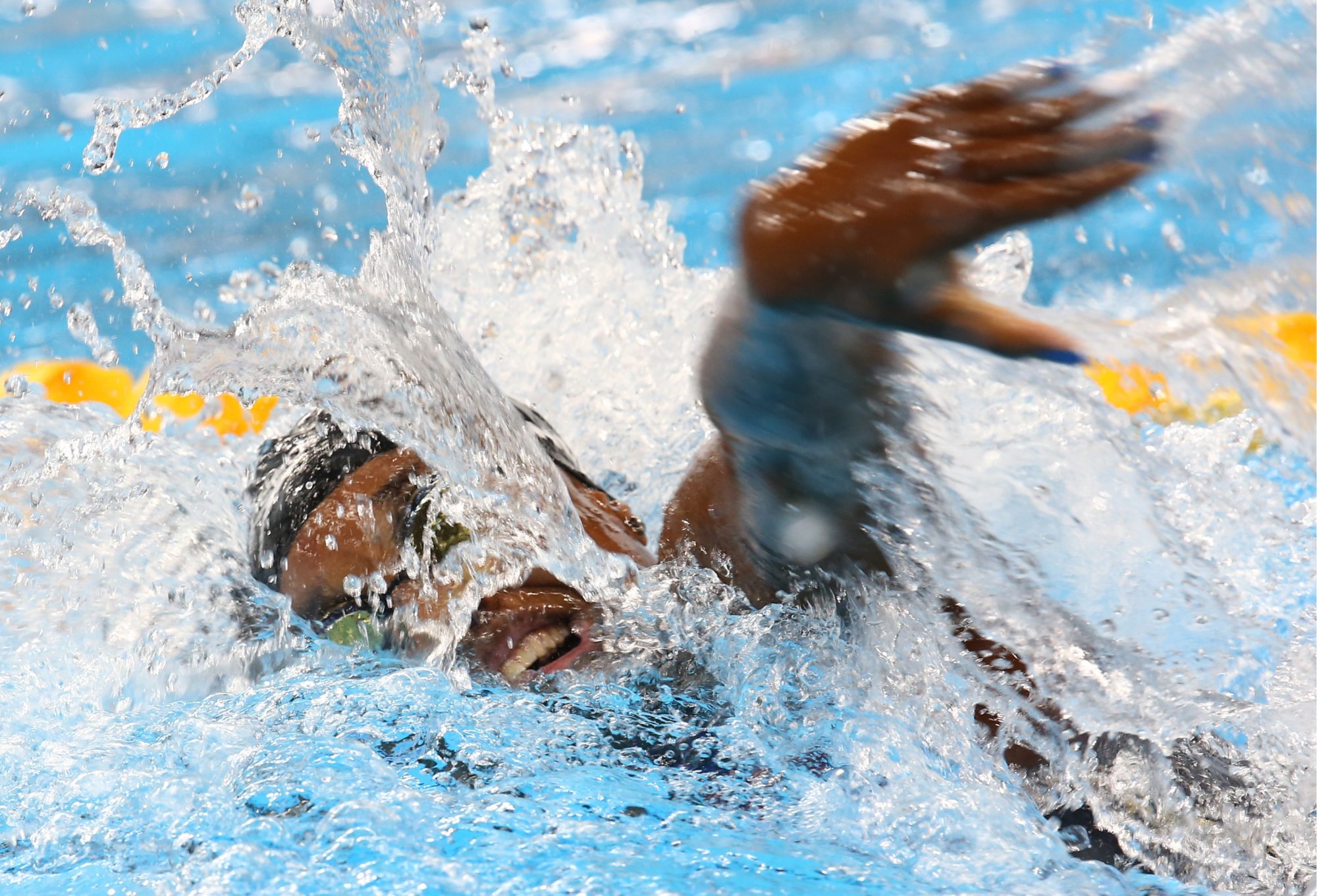 Often, the history of racism in The United States is taught in broad brushstrokes with the Civil Rights movements seen as a definitive turning point from which progress has been constant and linear, and the presence of the first Black president as proof that we now live in a post-racial country. But, we continue to see inequality in large scale, systemic ways, such as in prison populations and in income equality, and in lesser-recognized spheres, such in the world of competitive swimming.

“The [notion of post-raciality in an “Obama-era” is] inherently flawed, because it assumes that the long struggle that commenced when the first enslaved African arrived on American soil centuries ago could somehow be resolved in an instant, by the mere presence of a man who is not a king.”

A look at the history of swimming pools and the current statistics of what percentage of Black Americans currently know how to swim proves Coates’ point – we have not transcended history, so an achievement like Manuel’s in the face of continued discrimination is extremely significant.

As Jeff Wiltse wrote in The Washington Post, racism and classism determined where pools were built as early as the late 1800s. The goal was to ensure that pools were meant for upper class (which also effectively meant white) swimmers only. In the 1920s and 30s, pools began to allow co-ed swimming, and the perceived purity of white women, and the desire to keep Black men from, “interacting with white women at such visually and physically intimate spaces” became part of the basis for racial segregation of pools.

Even though public pools were officially desegregated when, “In light of Brown v. Board of Education, the court ruled in 1955 that segregated but equal facilities no longer sufficed,” many white swimmers chose to use private pools where segregation was still allowed rather than to use desegregated pools, effectively continuing the racial divide.

And, though laws technically forbade discrimination in public spaces, Wiltse writes that racist signs continued to be placed in pools for years to come, and that it is the intimacy of pools – the fact that people wear revealing swimsuits, lay out in the sun, shower, sleep, eat – that continues to make racist pool users especially uncomfortable with desegregation.

When, in the 70s and 80s, cities slowed down on creation of public pools, the same upper-class white communities that moved to private spaces to avoid interacting with Black swimmers, benefitted from the ability to pay for access to pools.

Today, we still see this kind of racism in signs such as one recently created by The Red Cross. While it does not technically say that Black people are unwelcome in the space, nearly all of the “uncool behavior”- pushing, running, diving in the wrong area- is being done by Black children, further reifying the long-held notion that this space is somehow not meant for them.

What’s more, as shown in a recent study,

So, when this kind of institutional and emotional discrimination continues to exist in pools, it is no wonder that fewer Black Americans know how to swim, and even fewer make it to the level of competitive athletics. And, to see women like Simone Manuel excel despite the lack of visible Black swimmers and the hostility and discrimination that Black Americans have always faced in the realm of swimming, is truly exceptional and inspirational.

Of course, as Manuel made clear, it is frustrating to be defined solely as the first person of a group to do something, nor does the accomplishment mean that we have reached equality. She said,

“Coming into the race I tried to take the weight of the black community off my shoulders. It’s something I carry with me. I want to be an inspiration, but I would like there to be a day when it’s not ‘Simone the black swimmer,’”

Rather than claiming this is merely an “American victory”, or using it to claim that we are somehow now post-racial, we must continue to actively work to ensure that in the future, a Black swimmer winning gold will not be an anomaly. We must remember the legislation that has, for years, actively prevented Black Americans from entering all public spaces, including swimming pools, and we must remain conscious of how that discrimination continues to affect Black Americans everywhere.