I want to say that the events of Charlottesville shook me to my core. Unfortunately, I can’t.

As a Black woman in America, not much has surprised me since Trump’s inauguration. Full disclosure, not much has surprised me since the election. Racist white men (and white women) felt that their way of life was being stolen from them because a Black man was in office. Electing Donald Trump, a man who hurled racist rhetoric and promised to “make America great again,” was their greatest tactic for getting their power back.

Charlottesville was an extension of that grab for power. Now, with Trump in office,  instead of secretly expressing hate on Reddit from the privacy of their basements, they feel bold enough to take to the streets. 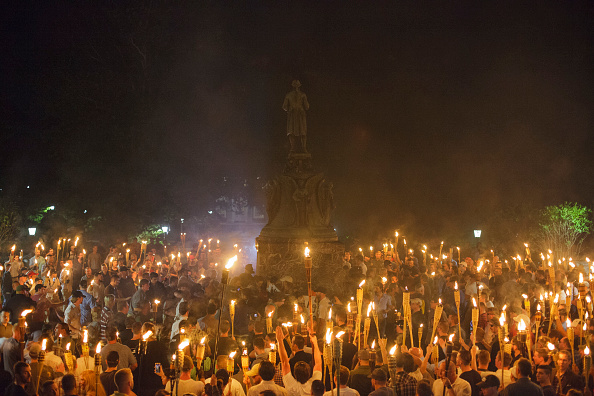 “I don’t get political” is a phrase I have heard from a few white friends over the past few days.

It’s a phrase said by friends who may know people that express or sympathize with the white supremacist mentality. It’s said by friends who fear the blowback they might experience from those people after vocalizing their outrage. But if they’re really trying to #resist, they need to stop being afraid.

It was about real people who believe that other real people don’t deserve to exist because of their skin color, religious beliefs, or sexual orientation. 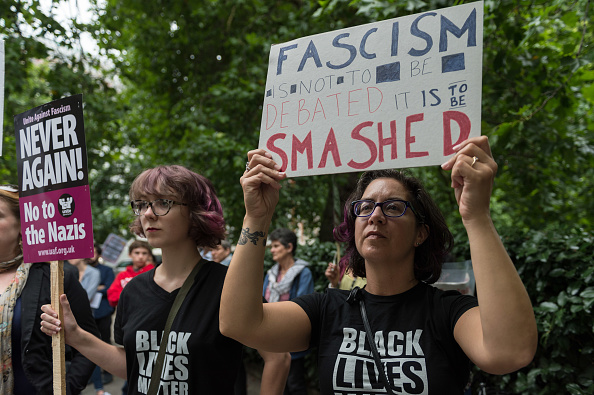 White supremacists have a clear message. People like me shouldn’t exist in the United States, even though we’re in the U.S. because our ancestors were brought here against our will. They think that Jewish people should be exterminated again. They think our LGBTQ+ brothers and sisters are an abomination. If you’re not a white, cisgender, heterosexual Christian, you shouldn’t exist.

If white supremacists are marching the streets to defend their way of life, that transcends politics.

That is straight-up hatred. 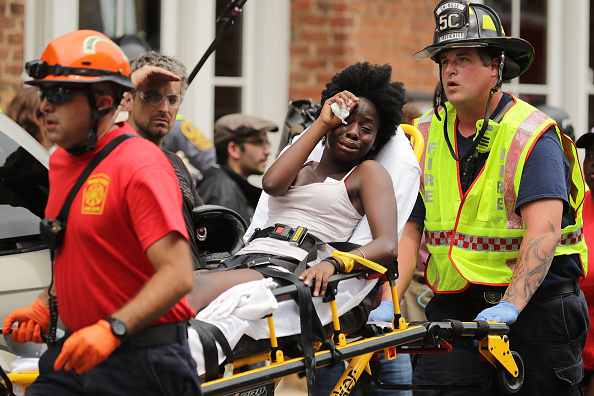 I have a lot of white friends — I always have. I have a son who is half white. Many of my white friends have been all about #TheResistance since the election — and yet so few of them have been angry enough to call out fellow white people. Why? Is it because they fear getting overly political when it comes to race and religion? Maybe they don’t want the confrontation they know would come from calling out the people in their lives.

Confrontation is messy. It’s scary. But when it comes to the denial of human rights, it’s necessary.

And last weekend, I actually saw my friends get angry.

They wrote long posts calling out the people who were trying to say that these white supremacists are like Black Lives Matter activists. They realized that this went beyond politics. They were willing to fight for other people’s rights to exist. My friends were truly angry, finally — and it was refreshing.

I repeat, as a Black woman, I wasn’t shocked by Charlottesville. I have grown up with pictures of black men hanging from trees. The pictures from the South in the 1960s are burned into my memory. Hoses, dogs, angry white faces. The faces of Emmett Till, Michael Brown, Eric Garner, Sandra Bland, Philando Castile, and the countless others who die at the hands of white supremacy every day in this country haunt me and push me forward. They are people who should still be here. They have every right to exist.

This is not about politics — it’s so much bigger than politics. We are fighting for basic human rights. People of color can’t do all this work on our own. If you’re not willing to stand up to the people in your life who are holding up the tenets of white supremacy, you don’t deserve to call yourself an ally.