Here are 13 of the most important moments in Hillary Clinton’s new book, “What Happened”

If you’re still reeling from the results of the 2016 presidential election, Hillary Clinton’s new book What Happened won’t be an easy read. I was approximately 10 pages in before I burst into tears because, like so many others, I remain completely devastated by what happened on November 8th.

But, despite the loud complaints from the right and left, What Happened is an important book. It’s fairly standard practice for presidential candidates to write memoirs reflecting on their campaigns, and the anger surrounding Clinton’s book is yet another example of the infuriating double standard she faces.

Furthermore, she was the first female presidential nominee of a major party — and last time I checked, making history is a pretty big deal. Despite the fact that Clinton lost the electoral college vote, there’s certainly a lot to be learned from What Happened — especially because there are a number of up-and-coming female politicians who could be strong contenders in 2020 and beyond. 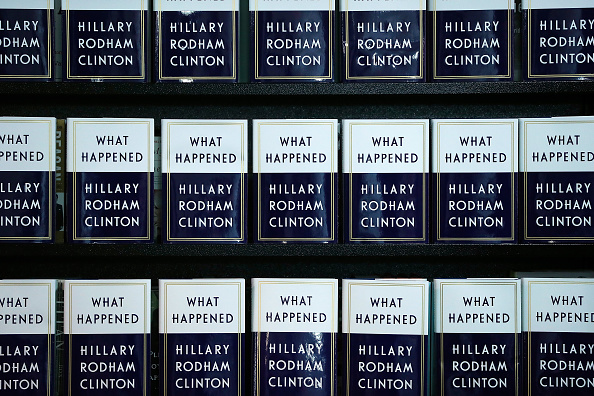 What Happened devotes a significant number of pages to Clinton’s policy platforms, but it’s also incredibly raw. Clinton expresses a level of emotion and anger that she previously has kept well-hidden.

If you’re still too down to spend hours re-living the nightmare of the 2016 election, it’s okay to wait until you’re ready to read What Happened. (Although I highly recommend that everyone read it at some point.) Until then, here are 13 important, interesting moments in the memoir that stand out. 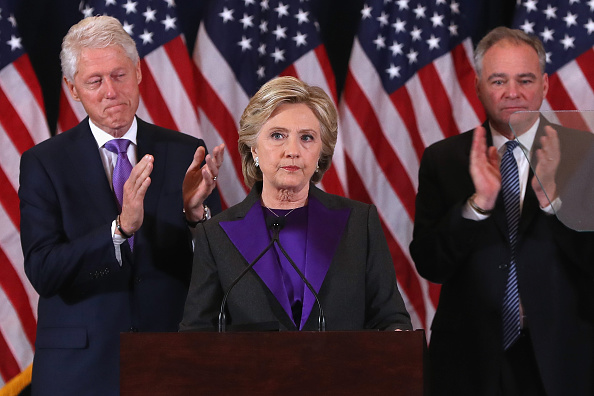 1Her concession speech suit was intended for an entirely different occasion.

As a symbol of bipartisanship and unity, both Hillary and Bill Clinton wore purple when she delivered her concession speech. She had originally planned to deliver an acceptance speech wearing a white pantsuit in honor of the suffragettes.

The black and purple pantsuit she ended up wearing on November 9th had been in her closet for a different purpose — she intended to wear on her first trip to Washington as president-elect in order to send the same message of unity.

2She was inspired by Emily Doe’s powerful open letter.

The Stanford rape survivor, Emily Doe, concluded her powerful open letter by telling girls and women everywhere that she stands with them. “You are important, unquestionably, you are untouchable, you are beautiful, you are to be valued, respected, undeniably, every minute of every day, you are powerful and nobody can take that away from you,” Doe wrote.

As Clinton began working on her concession speech in the early hours of November 9th, she thought of Doe’s letter and re-read it. It inspired the now-famous conclusion to her concession speech: “To all the little girls who are watching this… never doubt that you are valuable and powerful and deserving of every change and opportunity in the world to pursue and achieve your own dreams.”

"I hope I can meet [Emily Doe] someday and tell her how brave I think she is," Clinton writes in What Happened. "Wherever she is, I hope Emily Doe knows how much her words and strength meant to say many."

3After the election, she thought back to a childhood game she played with her father.

As she described in a previous memoir, Living History, Clinton’s father was tough on her. He’d frequently undermine her achievements by saying things like, “It must have been an easy test if you got an A.” In What Happened, she recalls a childhood game in which she’d ask him “Would you still love me if…?” For example, he told her that he’d love — but not like — her if she robbed a bank.

"Once or twice last November, I thought to myself, 'Well, Dad, what if I lose an election I should have won and let an unqualified bully become President of the United States? Would you still love me then?'" Clinton recalls in What Happened.