Prince Harry is now happily married to Meghan Markle, and the couple seems (okay, definitely are) head-over-heels in love. But before he met the future Duchess of Sussex, Harry dated Chelsy Davy on-and-off for about six years before they broke up in 2011. And, well, this just in: Davy and Markle are connected in a surprising way.

It all comes down to Davy’s new boyfriend, James Marshall. The Daily Mail reported in April that the businesswoman is dating Marshall, a TV producer, after the pair was spotted in a passionate embrace. Marshall was previously married to Elettra Wiedemann, the granddaughter of legendary actress Ingrid Bergman.

But in addition to being the ex-wife of Davy’s new beau, Wiedemann is reportedly close friends with Markle. She even wrote an “Insider’s Guide to Paris” for the duchess’s former lifestyle blog, The Tig.

Of course, Markle and Davy’s shared connection doesn’t mean that the duchess was behind Marshall’s new relationship. The two women might have met before, but there are no indications of a close relationship. As The Telegraph reported, Davy attended the 2018 royal wedding, along with Harry’s other ex-girlfriend, Cressida Bonas.

According to ET Online, Davy, who was born in Zimbabwe, met Harry in 2004, after she moved to England to attend boarding school. Ultimately, as Express reported, it was Prince William and Kate Middleton’s 2011 wedding that made her realize she didn’t want to marry into the monarchy. There are seemingly no hard feelings between the two, so we imagine that Markle and Davy would get along just fine. 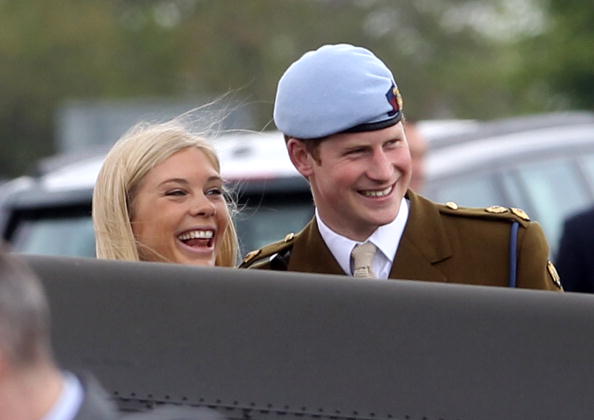 After her relationship with the prince ended, the Daily Mail reports that Davy went on to work for a London law firm before quitting to pursue her dream of starting a jewelry business, Aya.

Between her new business and her new boyfriend, it seems like Davy is doing well. And who knows? Maybe a friendship with Markle is in her future.