People think IHOP’s new logo looks like a tampon ad, and this is why we need women on design teams

It looks like IHOP is introducing some major changes soon, starting with their name. Instead of the iconic “IHOP,” they’ll now go by “IHOb” — at least temporarily. The marketing campaign is designed to promote the fact that the chain will now be serving…burgers (Get it? International House of BURGERS).

The brand also introduced a slightly new logo to reflect the change, which some are (hilariously) pointing out looks like an o.b. brand tampon ad. It’s…unfortunate. And also a solid reminder why we need women on design teams.

The similarity was first noted by Twitter user Lizzy O’Leary on June 5th, who retweeted the initial IHOP post along with, “A tampon logo. You made a tampon logo.” She followed it up with advice to “always have a woman on your design team.”

Check out the IHOP ad for yourself.

Now compare it with a box of o.b. tampons… 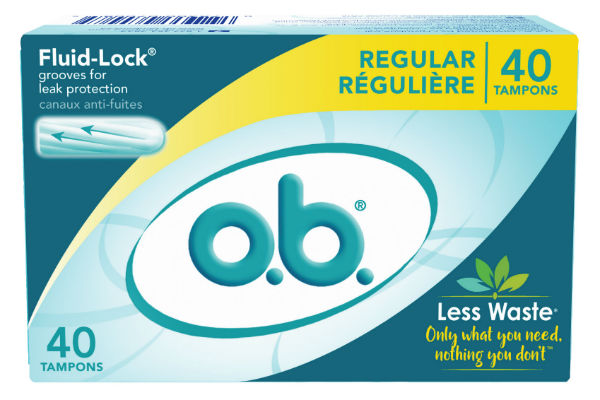 And as expected, the people of Twitter had a field day with the revelatory observation. false

The company has yet to comment on the similarities (and we honestly doubt they will), though a spokeswoman did open up about the IHOP name-change in general.

“We’re serious about the quality of food and our menu, and this name change really reflects that,  Stephanie Peterson, IHOP’s executive director of communications, said in a June 4th statement.

On June 11th, IHOP president Darren Rebelez reiterated that the name-change is only temporary in a statement to CNN Money. “We are definitely going to be IHOP, but we want to convey that we are taking our burgers as seriously as our pancakes.”

While we’re totally willing to get on board any and every burger train, let’s hope IHOP’s creative turn learned their logo lesson for the next time around…