On Thursday, December 27th, a backup dancer at an Iggy Azalea concert in Rio de Janeiro, Brazil collapsed on the ground—suffering from what was later confirmed to be a seizure. While other dancers in the show stopped what they were doing to try and help, Azalea appeared to keep singing for several more versus. She then called for a medic via her microphone, and proceeded to sing until the music cut off. The dancer was taken backstage where she was treated, and the show continued.

A number of fans criticized Azalea for her response, saying that she should have stopped the show immediately when she saw that a dancer was on the ground.

Azalea responded to the backlash on her Instagram Stories later that evening, providing an update on the dancer’s status and explaining that it was a confusing few moments.

"Just want to let everyone asking know my dancer is OKAY! The light & heat caused her to have a seizure," she wrote. "She is backstage feeling much better." 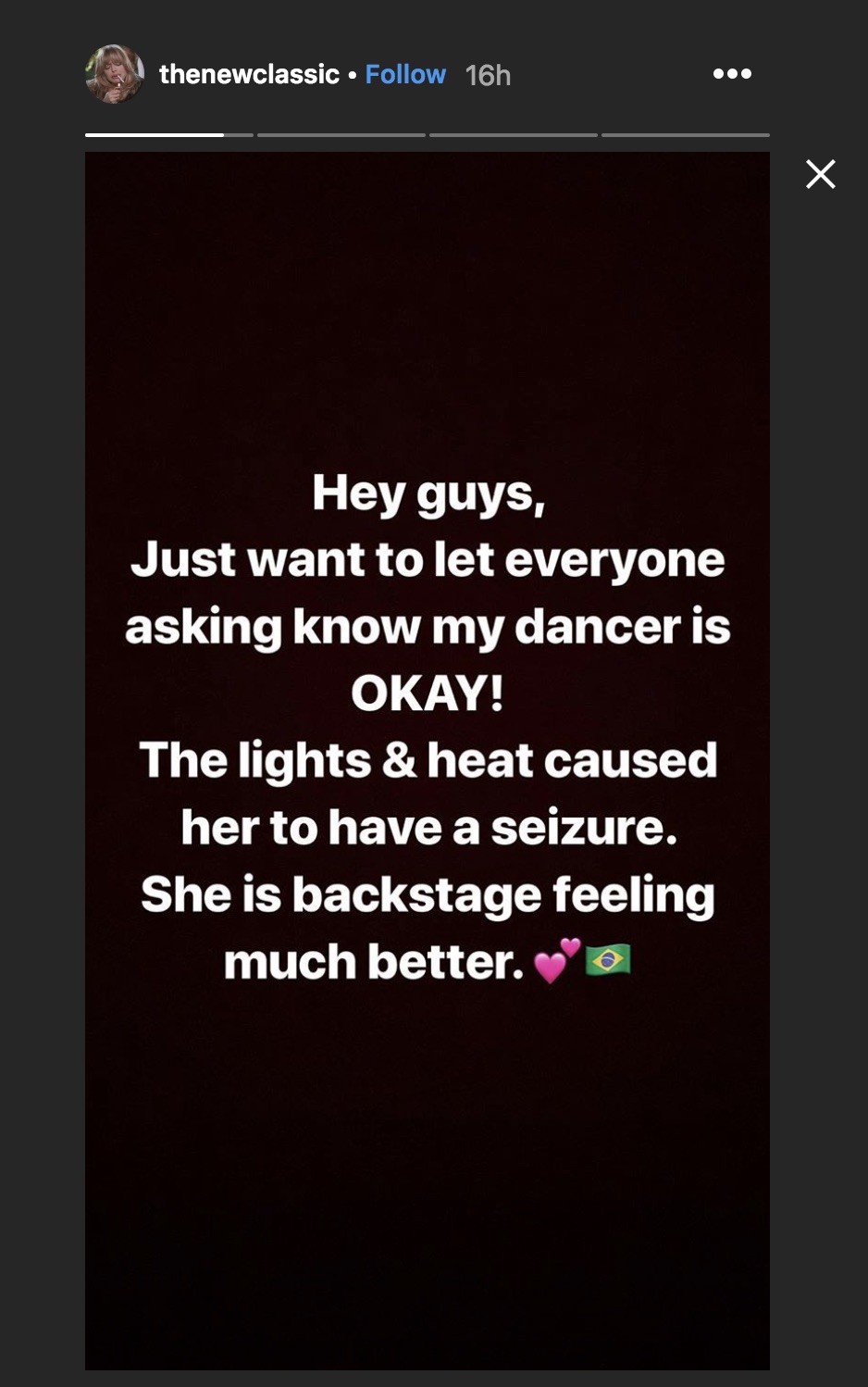 She went onto write that she “thought [the dancer] had just fallen/twisted her ankle,” and that while it may “sound harsh,” professional performers are trained to “keep singing until the music stops.” Azalea concluded: “We are all really shaken up by what happened & just thankful she is okay.” She also made it clear that people should not be making jokes about what happened to the dancer, and that seizures are serious. 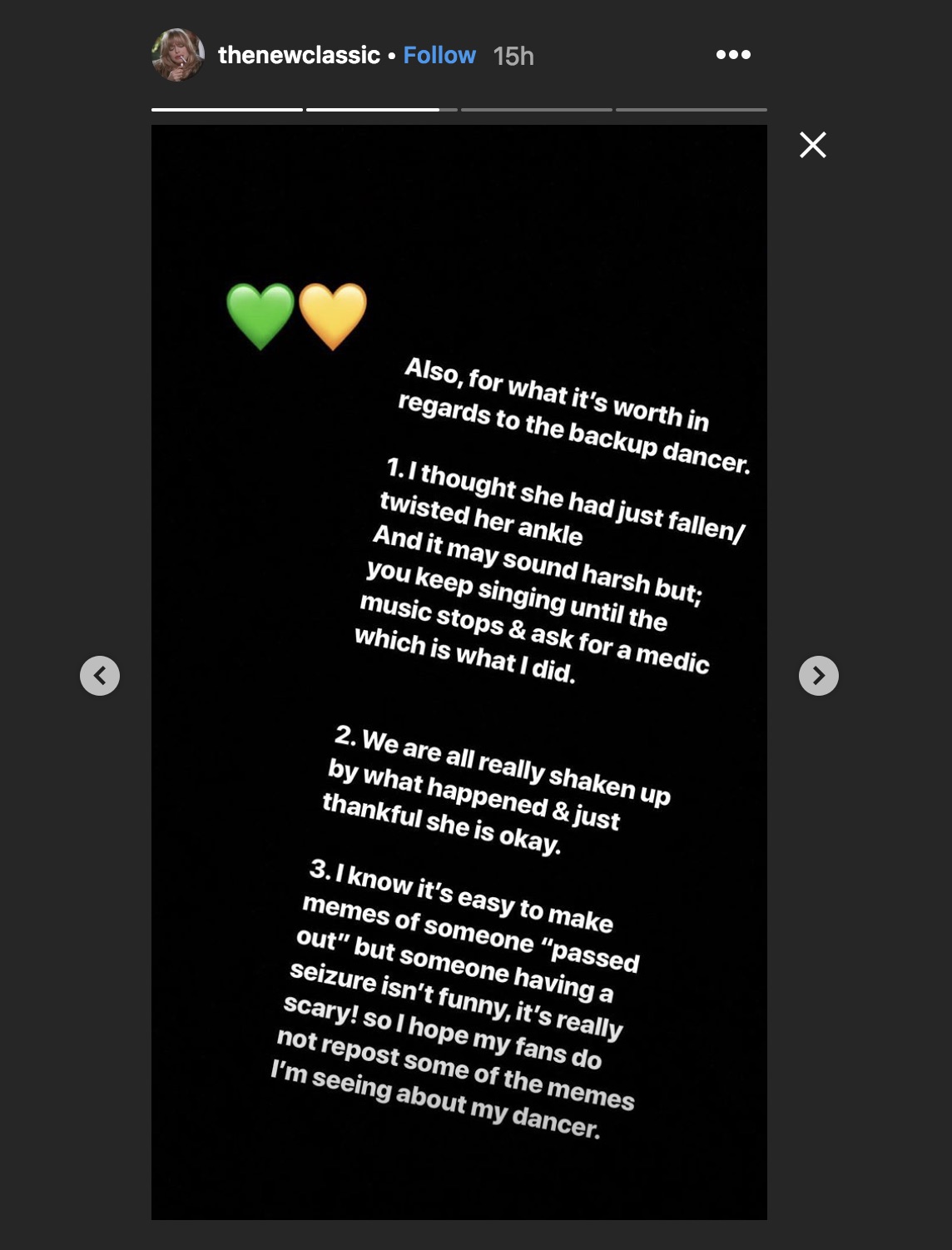 It looks as though this was an extremely confusing few minutes and Azalea misunderstood what happened (and when you watch the actual video, there was less than a minute between the time the dancer collapsed and when medics arrived). So let’s take a beat before we judge somebody else’s actions—especially in a scary and unexpected situation. We’re just glad the dancer is okay, and we’re sending healing vibes her way.