Just when we thought that love might actually be dead forever, Gigi Hadid and Zayn Malik have given us hope. The 23-year-old model shared a sweet picture of herself with the former One Direction singer on her Instagram Stories on Tuesday, June 5th, seemingly confirming the rumors that they’re back together.

Hours after hitting up the Ocean’s 8 premiere red carpet, Hadid posted a photo of herself lying in her -boyfriend’s arms. In the photo, Hadid (who’s wearing the same dress she wore earlier that night) can be seen resting her head in Malik’s lap as he plays Pokémon on his iPad. Though his face isn’t in the pic, his bleached blond hair and recognizable arm tattoos are.

Also, if you head over to Malik’s Instagram, he shared Pokémon-related photos on his Stories, too

"Afterparty like making it rain Pokémon cards," Hadid wrote on her snap. 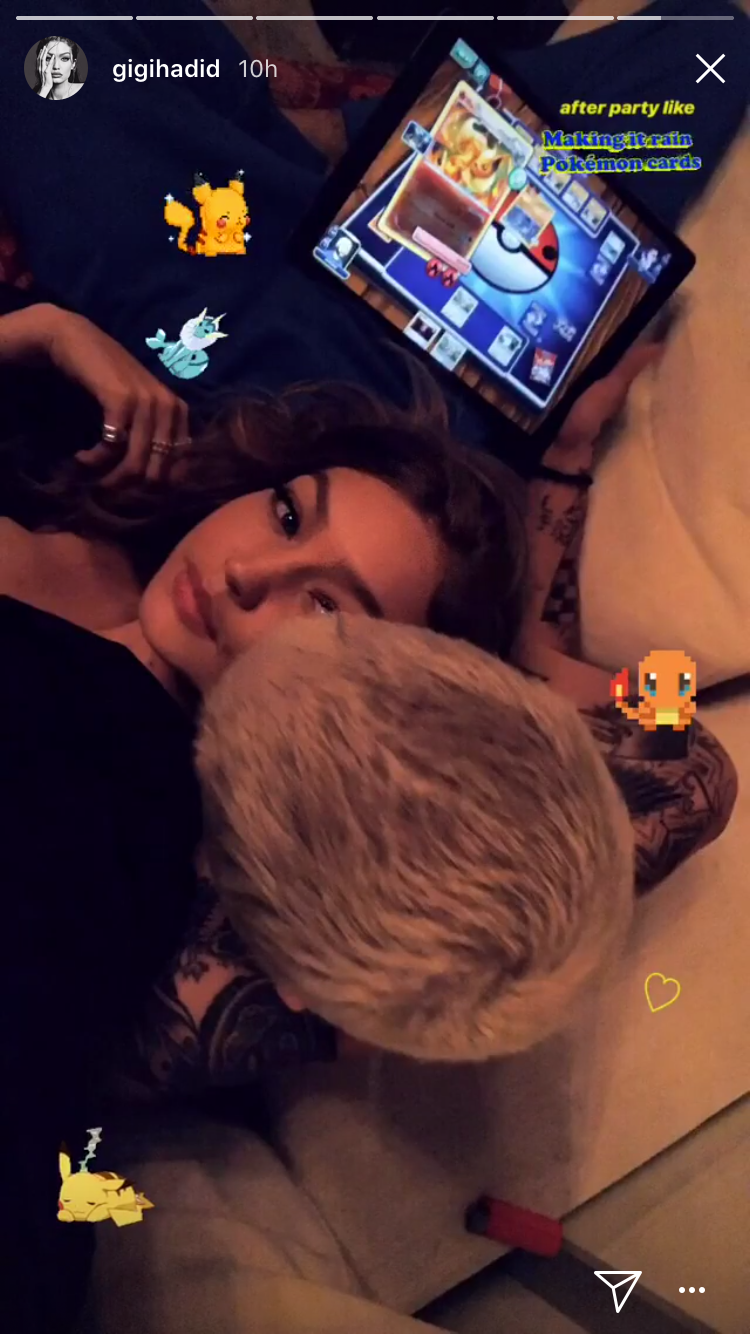 The on-again couple ended their two-year romance in March, announcing the breakup in heartfelt (albeit bittersweet) messages on their social media accounts. At the time, Hadid wrote, “I want nothing but the best for him and will continue to support him as a friend that I have immense respect and love for.”

However, the pair was photographed kissing in the street about a month later. Though they haven’t yet spoken publicly about the reunion or made an official announcement, the latest snap seems like concrete proof that they’re trying to make it work.

Welcome back, ZiGi. We’ve missed you.