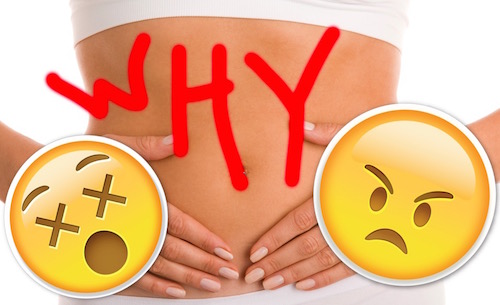 Last week, Lena Dunham announced that she would not be doing any press for the upcoming season of Girls due to complications associated with her endometriosis. This isn’t the first time Dunham has discussed her struggle with the condition, which is caused when uterine tissue grows outside the uterus causing extreme pain in the pelvis and lower abdomen and, if left untreated, infertility. If, like Dunham, you suffer from endometriosis, you know the pain can be unbearable.

Quartz talked with doctors and medical professionals about endometriosis and period pain, and it seems that we’re finally acknowledging the severity surrounding the issue. John Guillebaud, a doctor and professor of reproductive health at University College London, gave a particularly jarring comparison, stating that cramping can be as “bad as having a heart attack.”

So, why does no one talk about or understand period pain in these terms?Guillebaud says that there’s a lack of understanding, training, and treatment. And it doesn’t seem to always matter whether your doctor is male or female when it comes to comprehending this condition. Guillebaud tells Quartz:“I think it happens with both genders of doctor. On the one hand, men don’t suffer the pain and underestimate how much it is or can be in some women. But I think some women doctors can be a bit unsympathetic because either they don’t get it themselves or if they do get it they think, ‘Well I can live with it, so can my patient.’”

Treatments for severe pain, which may very well be undiagnosed endometriosis, remains scattershot.

So, what can women do? Above all, we must push to have our voices heard and not have our pain minimized.

“We live in a country that doesn’t really want to face those disorders because they make us think of sex and abortion and embryos and all those ‘bad’ things,” another medical professional, Dr. Richard Legro tells Quartz. “We need to talk about it on Oprah and national TV. This is nothing to be ashamed of, it’s a common disorder, and it shouldn’t be ignored.”