Listen, Crock-Pot is also very, very upset about Jack Pearson on “This Is Us”

Following the events in the latest This Is Us episode, “That’ll Be The Day,” we learn that — spoiler alert, obviously — a faulty Crock-Pot is what sets the Pearson house on fire 20 years ago, and it’s also the fire that somehow kills Jack. While we still don’t know the chain events that lead to Jack’s death, we know that the Crock-Pot catching on fire in the kitchen is the inciting incident. It’s all down hill from there, and it was only a matter of time before fans of the show made their way over to Crock-Pot’s social media channels to air their grievances and cry in the comments.

Hopefully NBC alerted Crock-Pot to this major development before airing the episode, but maybe not. Either way, Crock-Pot woke up Wednesday morning to a WHOLE lot of upset and frustrated fans who blamed the brand for killing the patriarch of the Pearson family. Understandable. Because when you’ve just gotta yell and cry about Jack Pearson, it makes sense to do it on Crock-Pot’s Instagram.

Fans there began posting lengthy comments on their social pages, most of them boiling down to, “YOU KILLED JACK.”

In response, the brand would like you to know that they take safety concerns very seriously, and are here to talk about safety using your slow cooker and Jack Pearson if you want to.

Replying to one upset commenter, they write: “Jack Pearson was our Valentine so we equally understand your pain with his loss. We love him and we love you too. Don’t further add to our heartbreak by no longer using Crock-Pot Slow Cookers, rest assured our products have been generationally tested by your family and friends. DM us with any questions, and we’d be happy to tell you more about our safety standards.” 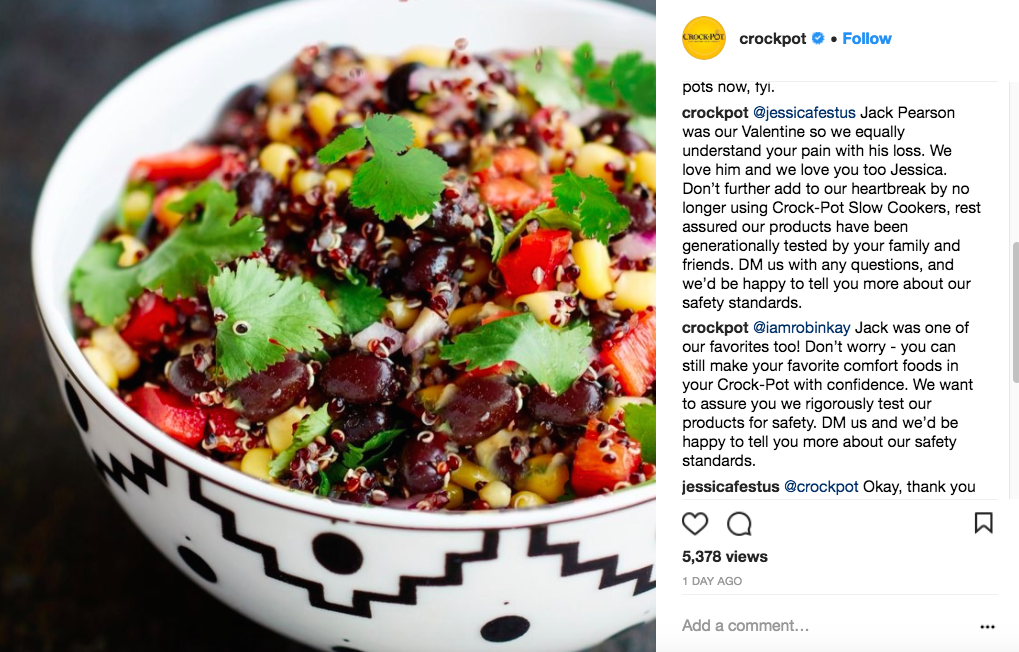 Over on Facebook, they’re also doing damage control, explaining that Crock-Pots are completely innocent in this (sure sounds like they’re trying to place the blame on, ahem, George). 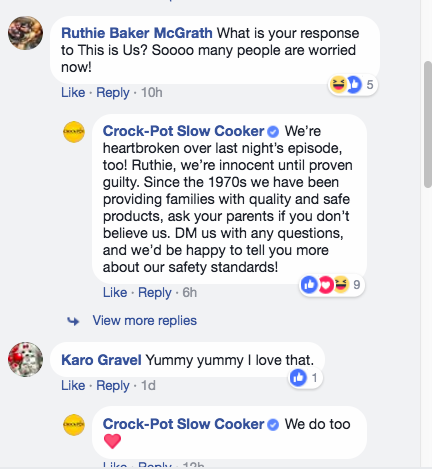 However, there are still a lot of comments on their Facebook that have gone unanswered, and like, we get it. 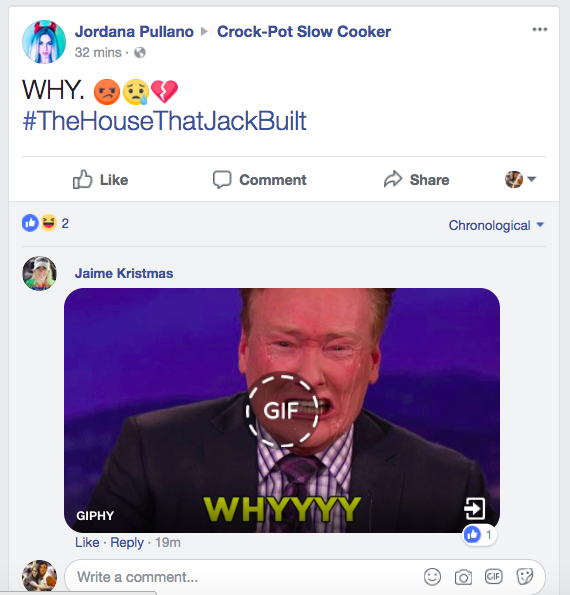 Listen, Crock-Pot is just trying its best, like we all are. They didn’t realize that one day they would be blamed for killing Jack Pearson. Let’s go easy on them, okay? 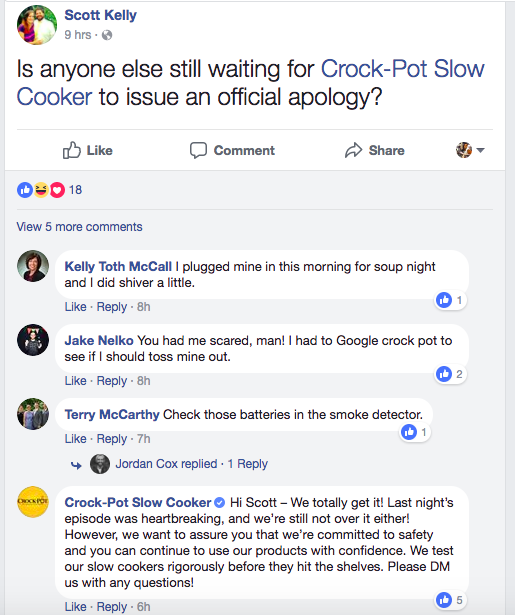 Remember to hug your loved ones tonight, and also unplug your Crock-Pot before you go to bed.