Chris Hardwick will also return to NBC to host several more shows, and how about not?

In June, actress Chloe Dykstra penned a personal essay for Medium about the physical and emotional abuse she endured by a former boyfriend. While Dykstra never name-dropped Hardwick, readers were quick to piece the information together. Dykstra and Hardwick publicly dated for two years from 2012 to 2014, and much of the details Dykstra provided pointed to Hardwick’s career. 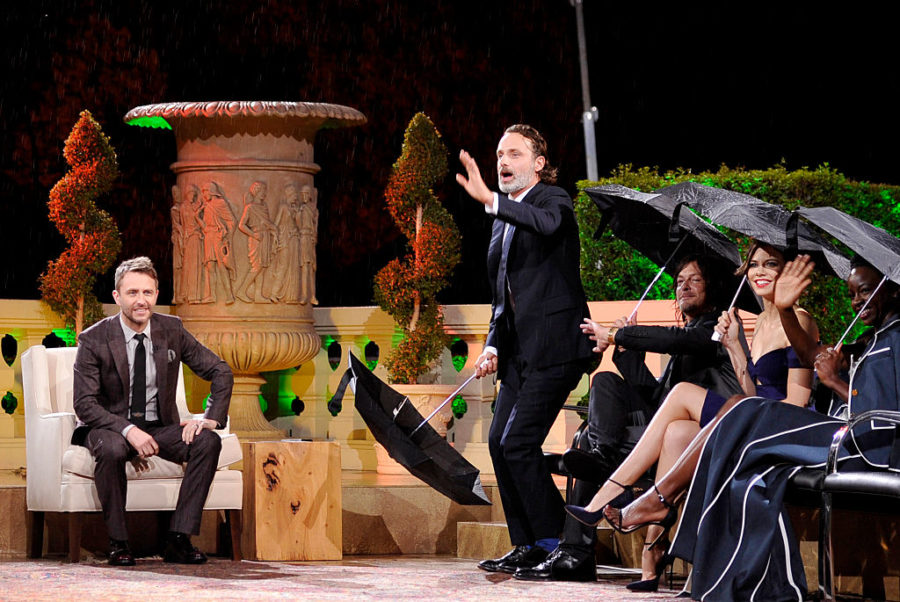 In a statement, AMC explained:

“Following a comprehensive assessment by AMC, working with Ivy Kagan Bierman of the firm Loeb & Loeb, who has considerable experience in this area, Chris Hardwick will return to AMC as the host of 'Talking Dead' and 'Talking with Chris Hardwick.' We take these matters very seriously and given the information available to us after a very careful review, including interviews with numerous individuals, we believe returning Chris to work is the appropriate step.

And now, according to Variety.com, NBC is bringing Hardwick back to host Season 3 of the gameshow The Wall and he will also be appearing as a guest judge on America’s Got Talent. Because like…no one else less problematic was apparently available.

Wow. We live in a random and chaotic universe — one where individuals are rarely held accountable for their actions.