Here’s why the newest American Girl doll is super important

If you thought the recent Barbies were making history, wait until you see which American Girl doll is coming out this summer!

2016 marks the 30-year anniversary for American Girl, and to celebrate they are releasing a doll named Melody, who takes a place in the BeForever historical line.

Melody is a 9-year-old living in the Civil Rights Era, in Detroit to be exact. She loves Motown music, a fact proven by her recording studio accessories. Civil rights activist Julian Bond was brought into the creation process to help with the narrative, a narrative that is important to be told.

Julia Prohaska, vice president of marketing for American Girl, told CBS News that “the doll industry has a very heavy responsibility in reflecting what is true about our society.” She thinks this is an important moment in giving young girls a rich history lesson as well as embracing American diversity. 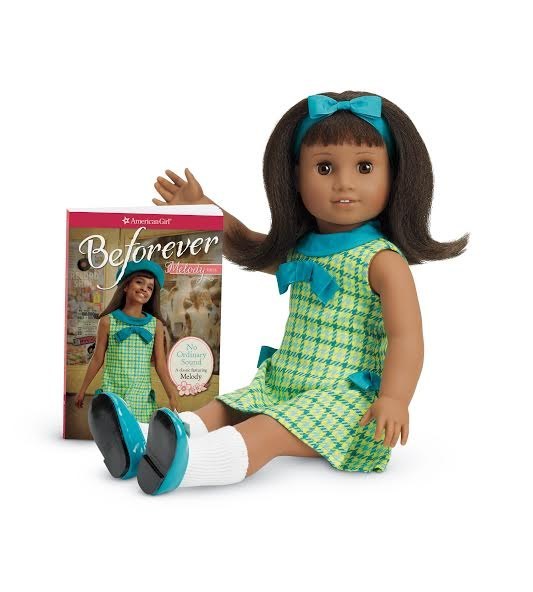 What’s said and what’s done, however, don’t always line up, and many people are still holding the company accountable for their actions. In 2014, American Girl discontinued four dolls, two of whom were girls of color. On top of that, when you look at all the character dolls ever created by the company, we see that Melody is only the third black doll they’ve ever released.

Going back a bit further, we also see that Addy Walker was the only American Girl doll of color until 1998. While her release was a big moment, writer Brit Bennett urges us to see how it was slightly problematic: The only doll black girls could relate to or see themselves as was a runaway slave, while white girls had a whole plethora of characters to choose from.

Dr. Sharlene Jackson, a clinical psychologist, told CBS News that we should celebrate Melody’s grand entrance, but she says we simultaneously need to strive for more modern stories for American Girl dolls that girls everywhere can truly relate to.

No matter what, this is a moment we can all be happy about. Especially when there are grandmothers like this out there:

Let’s hope for more and more diversity along the American Girl way.