“Star Wars” just unveiled a brand new “Rogue One” character at Comic-Con, and we need to know more ASAP

Right now, we’re desperate for any Rogue One information out there on the streets. The first Star Wars spin-off story opens later this year, and after watching the new footage from last week’s Star Wars Celebration in London England, we need to know absolutely everything about EVERYTHING about this movie. For this week’s douse of Rogue One intel, they just unveiled a brand new character at San Diego Comic Con.

Tucked away inside the EPIC Star Wars booth on the convention floor, there are a bunch of Rogue One costumes on display. We’ve got Ben Mendelson’s Director Orson Krennic, flanked by two intense looking stormtroopers. 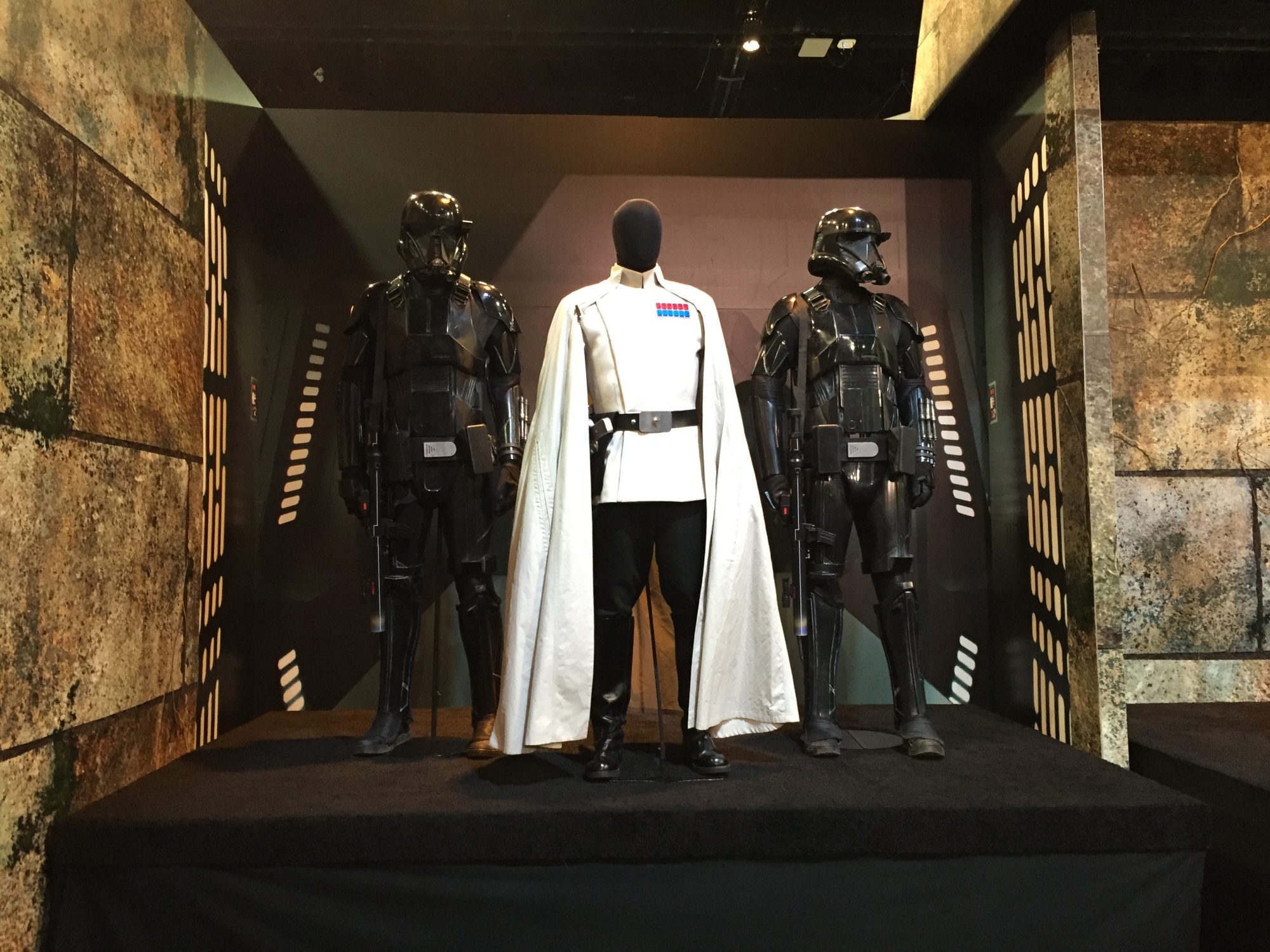 Along with the whole crew of Jyn Erso’s Rebellion squad (that’s Jyn in the middle, maybe the closest I will ever get to being in the presence of Felicity Jones). 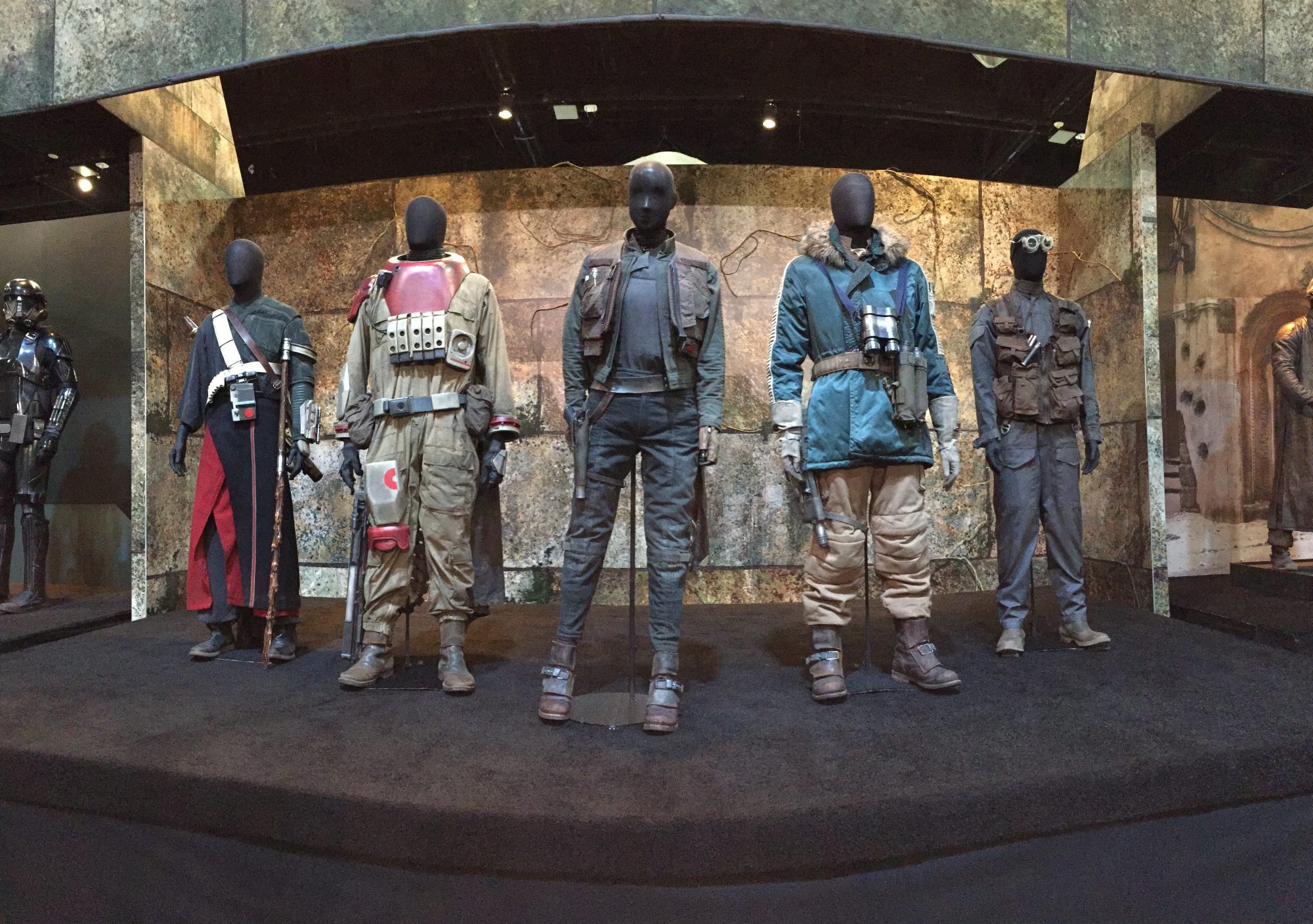 Right next to these already released characters, we’ve got a brand new one. This character’s name is “Two Tubes” and we need to know everything about them IMMEDIATELY. 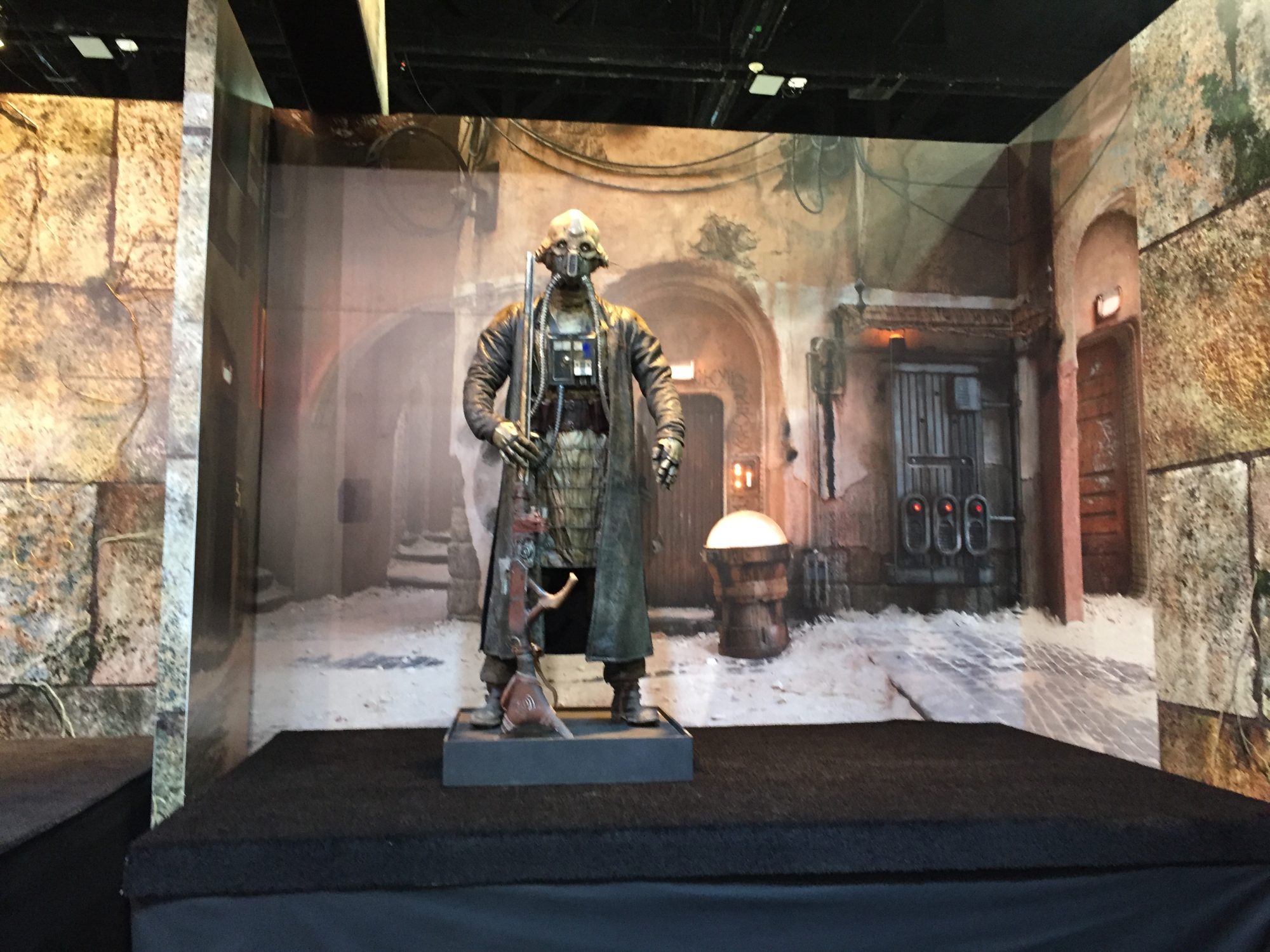 Knowing that we’d need more information right away, Star Wars has provided us with all of the information they’re willing to share right now. Star Wars LOVES their secrets (and many thanks to the nice Star Wars guy who held this sign up for me!!) 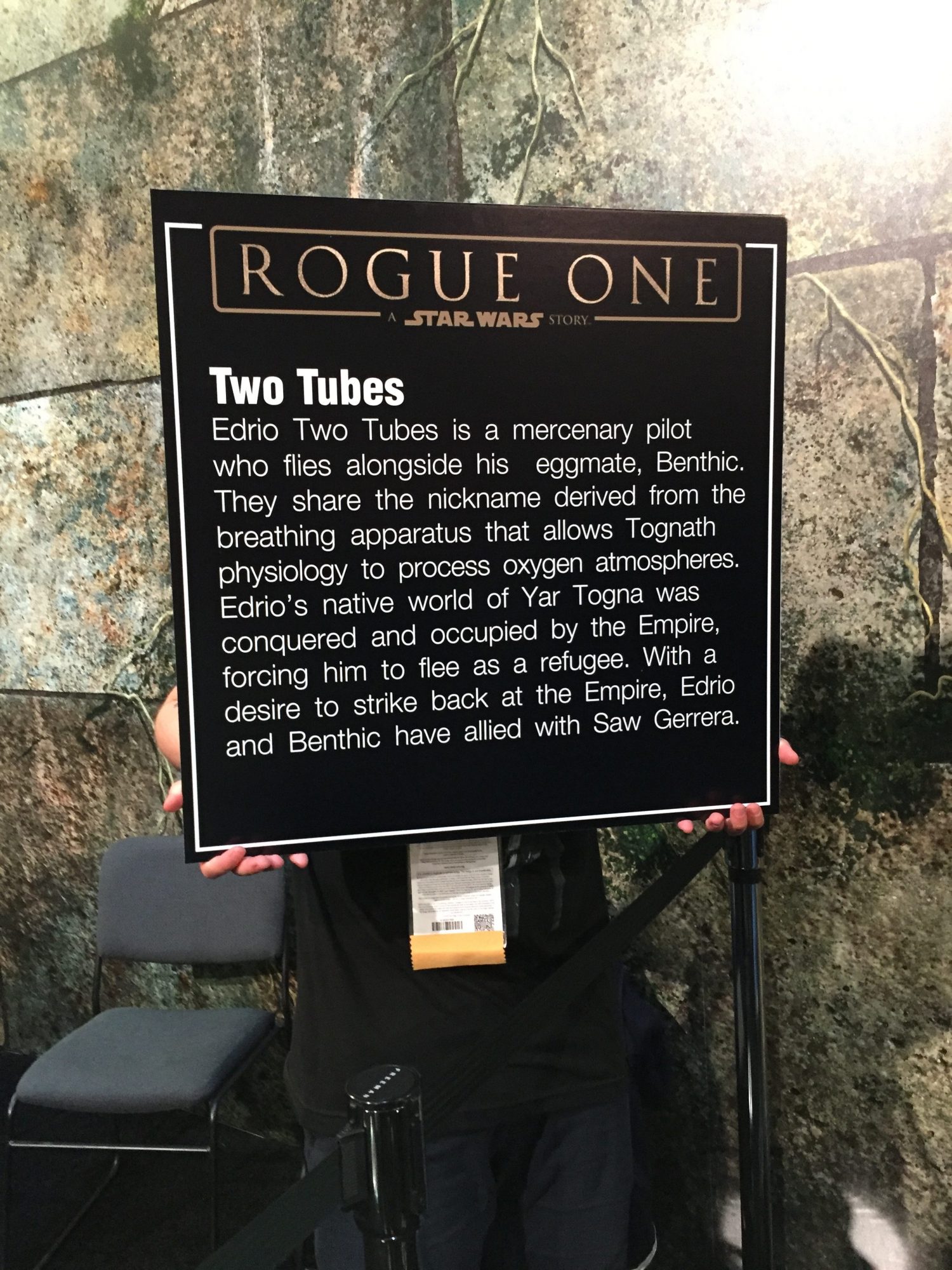 Edrio Two Tubes is a mercenary pilot who flies alongside his eggmate, Benthic. They share the nickname derived from the breathing apparatus that allows Tognath physiology to process oxygen atmospheres. Edrio’s native world of Yar Togna was conquered and occupied by the Empire, forcing him to flee as a refugee. With a desire to strike back at the Empire, Edrio and Benthic have allied with Saw Gerrera.

If all that’s Huttese to you, Two Tubes has buddied up with Forest Whitaker’s Saw Gerrera, and neither one of them like the Empire. Not pictured: Benthic, so be prepared for their character reveal to drop at any time — maybe before Sunday??