We have new pics from the “Gilmore Girls” reboot, and we cannot keep chill

Once the news broke that Melissa McCarthy is officially returning to Stars Hollow as Sookie St. James in Gilmore Girls: Seasons, we didn’t think life could get any better. That is, until Netflix went and shared a bunch of new stills from the upcoming show with us. Now we’re just sitting at our computers, clicking through these pics over and over, and grinning from ear to ear.

Ready to step back into Stars Hollow? It looks exactly as we left it. 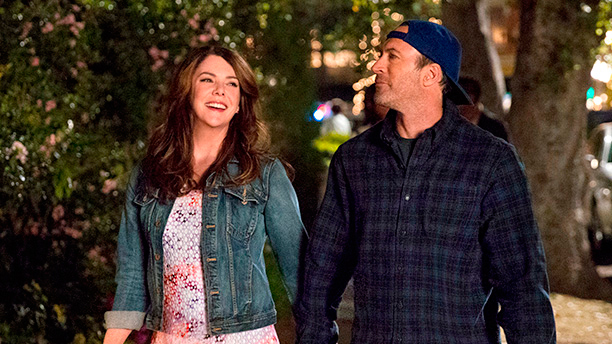 And looking happier than ever. We can’t see Lorelei’s left hand (ring watch 2016—we can’t properly see it in any of the photos), but based on this pic, it’s safe to assume that they’re very much “on.” Is that a smile creeping across Luke’s face? No, but he doesn’t look angry, which basically translates to good vibes.

Rory is a teacher? 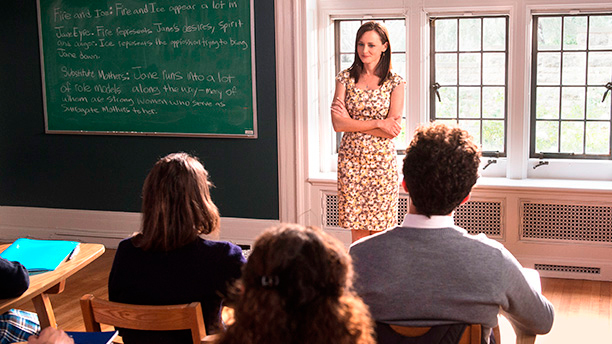 It sure looks that way. On top of that amazing revelation, it also looks like she’s teaching at—could it be?—her alma mater, Chilton. We see hints of navy blue, gray and plaid on those students.

“Stars Hollow: The Musical” is a thing. 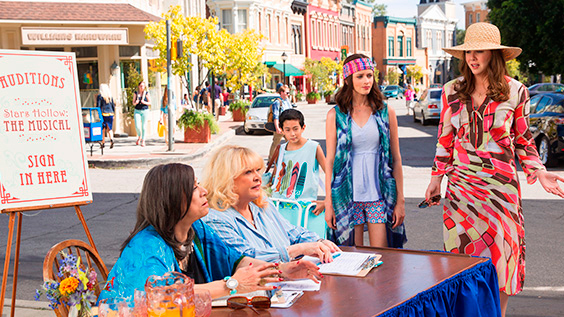 Just look at Babette, signing people up for a production called “Stars Hollow: The Musical.” We’re just throwing out guesses here, but we’re almost 100 percent certain that this musical is both something that will play out on the show, and that Lorelei and/or Rory will definitely be involved with against their wills.

Lorelai and Rory, doing what they do. 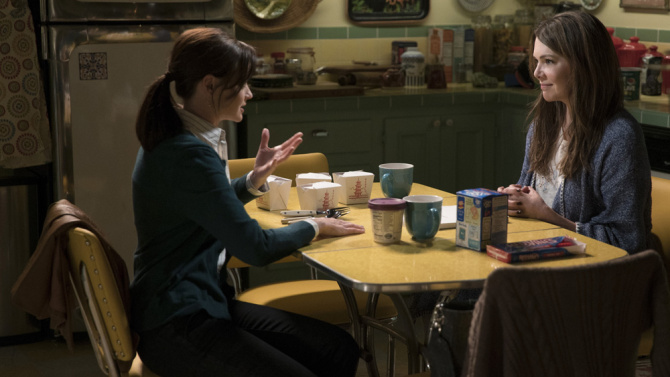 Seriously, nothing has changed. Lorelei is still in her same house, and her kitchen table is covered with coffee mugs, Chinese takeout, Pop Tarts and what we think is a pint of ice cream.

Emily is killing it. 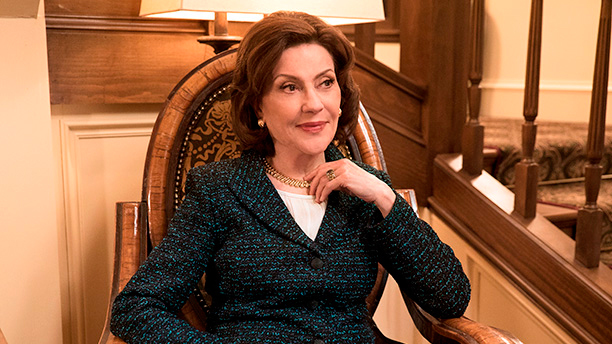 And she’s still living in her big house—we think. 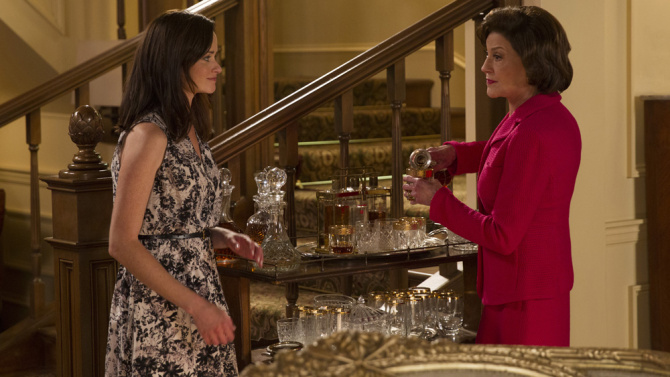 This drink cart/stairwell combination look pretty familiar, so we think she’s still in her house in Hartford. Also, Rory is an A+ dresser. 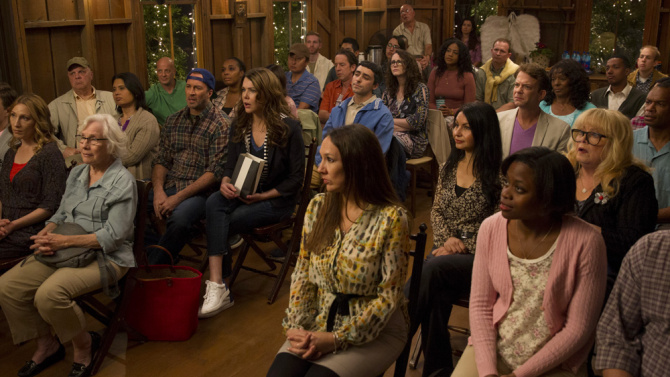 And Luke and Lorelei still attend them. Here, she’s pictured looking particularly opinionated about something. (Perhaps Stars Hollow: The Musical?)

We knew Gilmore Girls was coming back, but now that we’ve actually seen the actors reprising their roles on set, we’re excited all over again.