And now for our daily dose of space news: A new photo of Saturn shows the famous hexagon that surrounds the ringed planet’s north pole, and needless to say, it’s quite an amazing sight. Before anyone goes down a rabbit hole of alien-related theories on the origin of this six-sided geometric phenomenon, Saturn’s hexagon is a jet stream.

According to Space.com, scientists first discovered the giant structure in 1988. At nearly 20,000 miles (!) wide, the hexagon descends to a depth of nearly 60 miles into Saturn’s atmosphere.

The new image of the mysterious hexagon on Saturn’s north pole comes courtesy of the Cassini spacecraft, which snapped the photo with its wide-angle camera from a distance of approximately 619,000 miles. 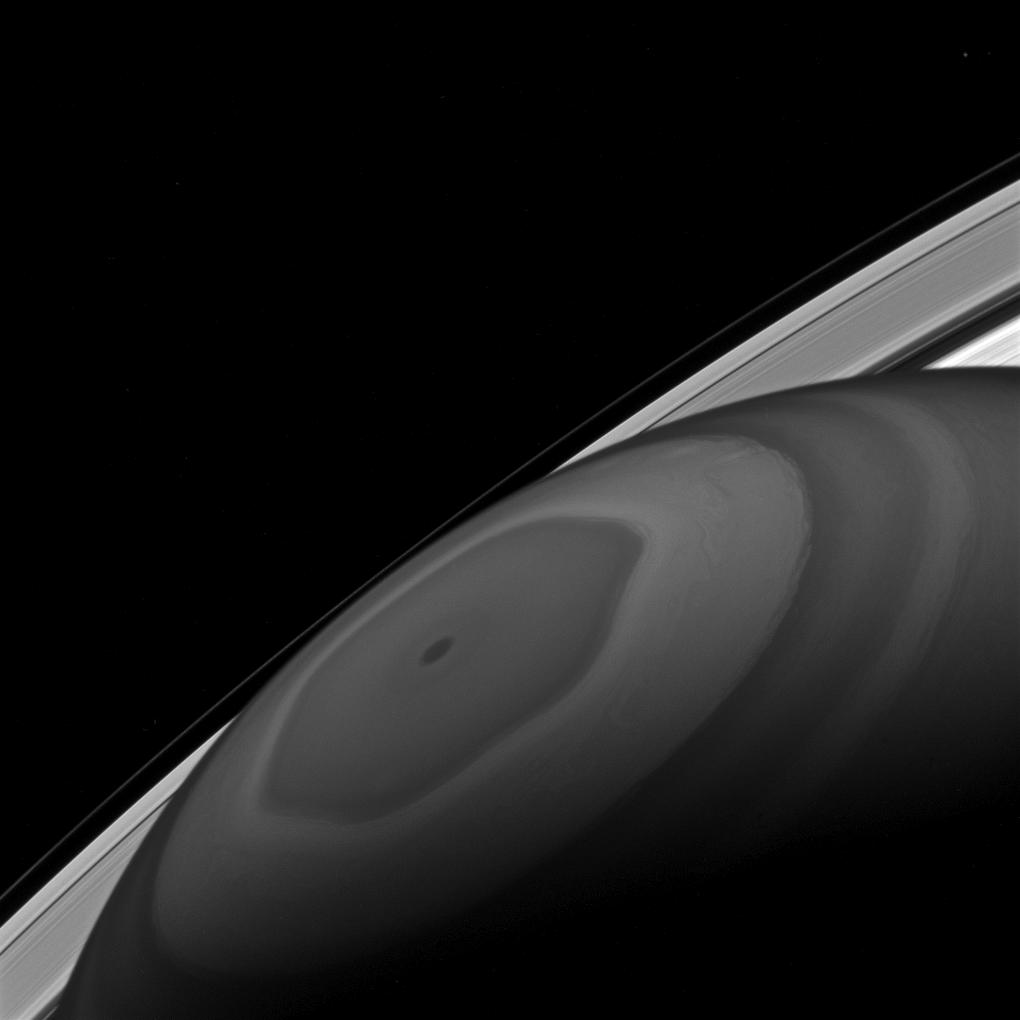 NASA’s Jet Propulsion Laboratory Photojournal describes the objects that orbit the planet’s unusual north pole, which is home to a massive hurricane.

"Although the poles of Saturn are at the center of all of this motion, not everything travels around them in circles. Some of the jet-stream patterns, such as the hexagon-shaped pattern seen here, have wavy, uneven shapes. The moons as well have orbits that are elliptical, some quite far from circular." 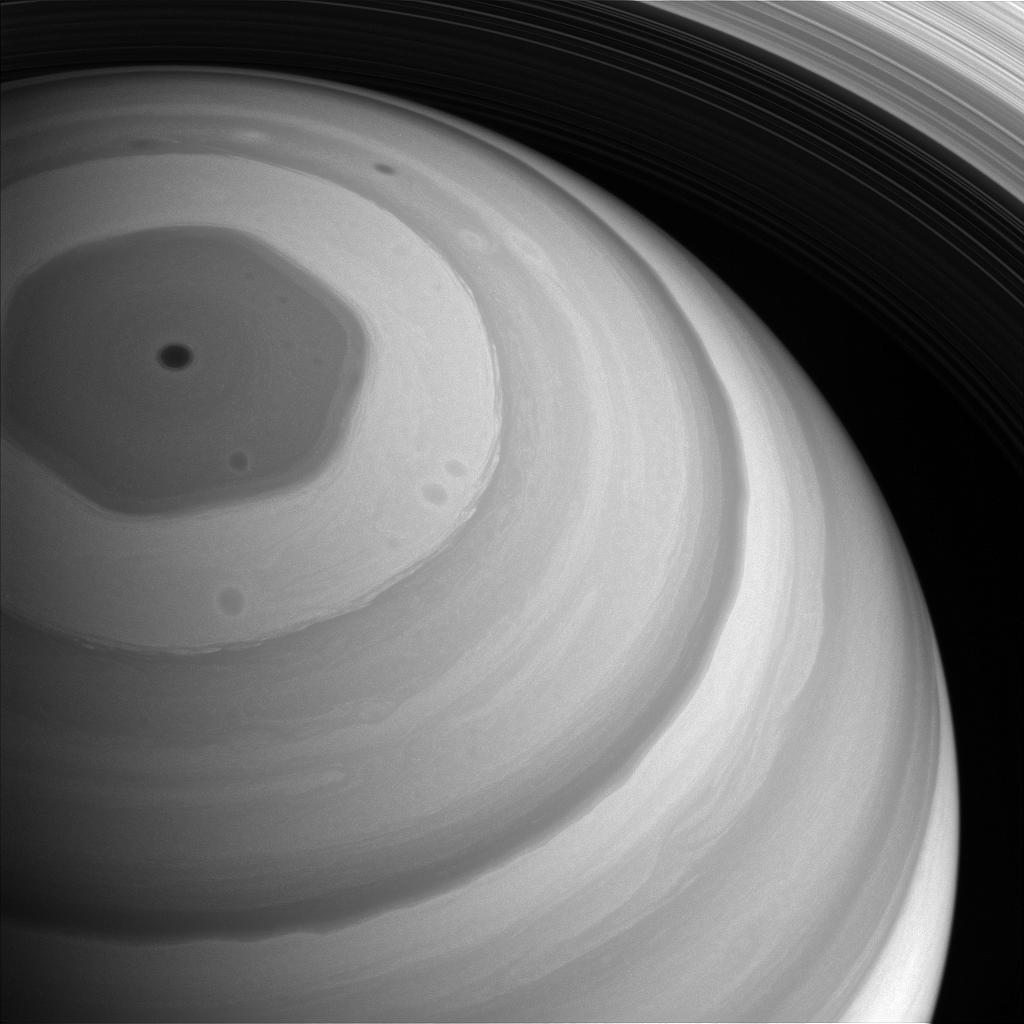 Ah, we cannot get enough of these incredible space #views.

In case you need to play a bit of catch-up on the latest planetary happenings, the ringed planet made headlines earlier this month when NASA released a collection of gorgeous images of Saturn’s rings in unprecedented detail. More recently, the administration announced its discovery of seven Earth-like planets.