Are you ready to go back to Litchfield once again? Netflix just dropped a brand new trailer for the upcoming fourth season of Orange is the New Black, and if you thought the past three seasons were crazy, just wait.

This new trailer is super short, like so short it barely reveals anything. But, we do learn one big thing from it — and spoiler, friends — Alex Vause is still very much alive. 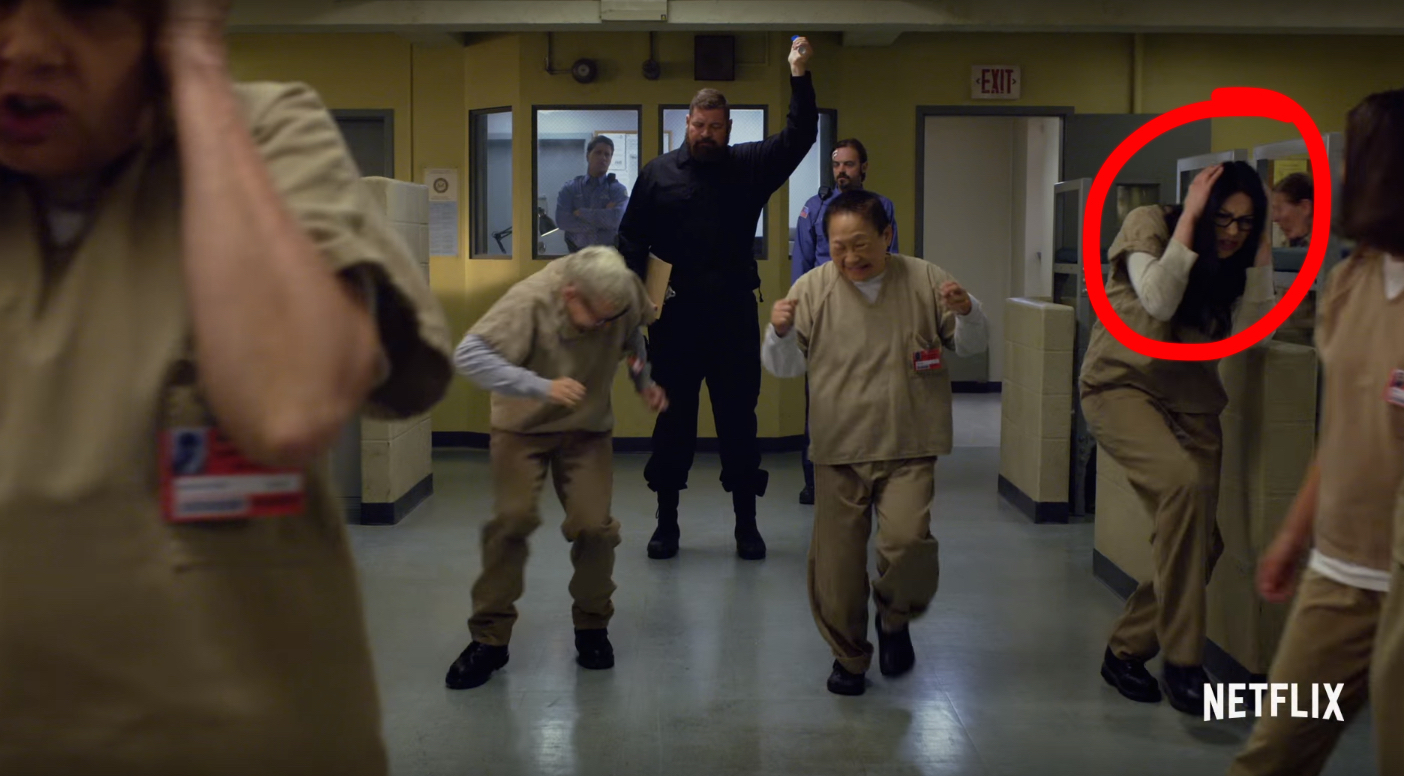 Last season ended on a huge cliffhanger, and it really seemed that Alex wouldn’t make it out of the greenhouse. Looks like she managed to somehow survive, and while we might be excited about this, you know Piper is going to have a whole well of mixed emotions about it, as usual.

Also, standing right behind her is the correctional officer Coates (who we all want something terrible to happen to after what he did to Pennsatucky). Clearly, he’s back, along with the rest of our usual Litchfield crew, like Suzanne, Black Cindy, Daya, Red, and Morello.

As for who’s not back, so far that list includes Nicky (last we saw her, she was down at Max) and Bennett (who could be anywhere in the country right now).

OITNB Season 4 lands on Netflix on June 17th, so go ahead and cancel all your standing plans for that weekend right now.