Here’s why Netflix, for the first time ever, dropped an original series on a *Tuesday*

Did you go to work on Tuesday? I didn’t! I had a really good reason, too, or at least I thought it was a good reason. I managed to talk my way into working from home for the day, because I insisted on watching all of Season 7 of House of Cards the moment it dropped on Netflix. Was it worth it? Sure was! But then again, why the heck did Netflix drop an original series on a Tuesday?

This was a first for the streaming juggernaut. Every other Netflix original has debuted on a Friday — and yes, Netflix does drop shows on different days of the week every now and then, but never their *original* content. That’s always reserved for a Friday, giving viewers Friday, Saturday, and Sunday to binge, before returning to work to boast about their epic weekend binge.

But, not House of Cards. Rather than release the show at a convenient time — like say, the Friday of a long weekend — Netflix uploaded all 13 episodes of their Emmy award winning show Tuesday night at Midnight, leaving many to ask themselves the difficult question: Go to work, or binge? 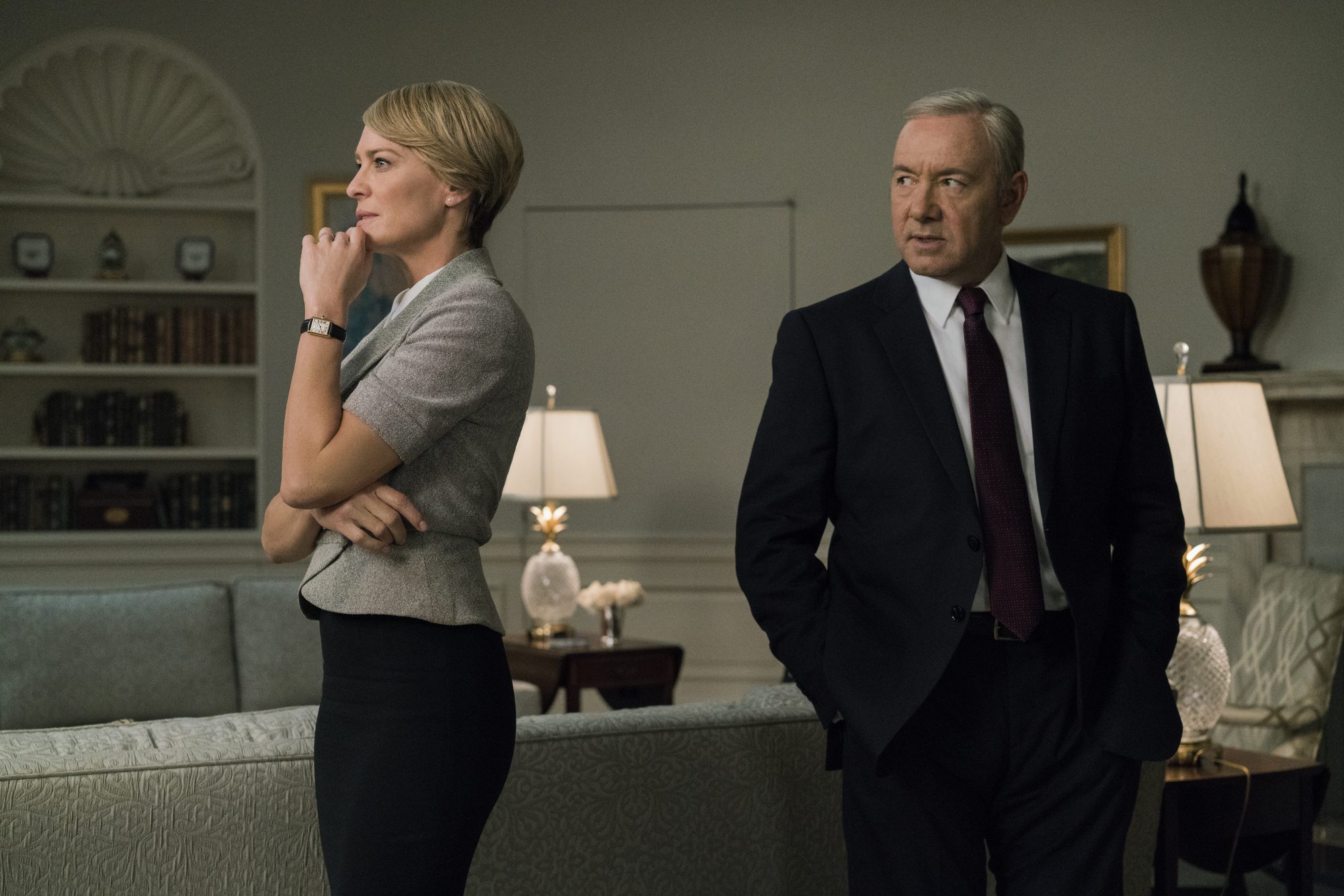 Still doesn’t answer the question of WHY? I spent months talking up the fact that House of Card’s release on Tuesday had to have some sort of meaning on the show. I was convinced that the events on the show would line up exactly with May 30th, and everything would play out in real time as we binged. However…no.

Hate to break it to everyone, but there was no reason for Netflix to release House of Cards on a Tuesday. None at all.

However, in saying that, there was sort of a reason: Netflix is here to prove they own us.

Like I said, I didn’t go to work (don’t worry, I still worked from home, #multitasking) and I think that was the point. This was clearly a Netflix test for them to figure out just HOW many people would play hooky and watch. They even created a Facebook event for it, completely with a fake doctor’s note, and stop encouraging us, Netflix.

Netflix never releases their viewership numbers, so we’ll probably never know exactly how many people binged House of Cards day-of. If this ~test~ does prove successful expect to see more shows dropping on different days of the week. Though it might be a pain for us, and OUR JOBS, wherever Netflix goes, we will follow.