Netflix’s latest original, “13 Reasons Why,” made my heart hurt in ways I didn’t think possible

Let me be completely honest about two things: I turned Netflix’s latest, 13 Reasons Why, on as background noise Friday night because I was bored and wanted to make brownies but didn’t want complete silence; and no, I never read the book.

I knew the general gist of the story thanks to Wikipedia, but I read so many things, and have so many television and movie plots floating around in my head, I couldn’t exactly remember the full story. I got about halfway through the first episode, and halfway through my first batch of brownies, before I stopped making brownies and completely shifted over to my television. I had only been half-listening to the episode, but even still, it drew me in.

I ended up giving up on the brownies (I burnt them, anyway) and instead binged the first seven episodes of the series. Next thing I knew, it was 2:00 a.m. For a hot second, I honestly contemplated pulling an all-nighter to watch all 13 episodes at once.

If you haven’t picked up on this yet, 13 Reasons Why is good, and it is so good, I think it broke me a little bit. I can’t stop thinking about the show, and I watch a lot of shows, and this rarely happens to me.

It’s not a spoiler to tell you that the main character, Hannah Baker (Katherine Langford), is dead. You learn very on that she has tragically killed herself and left her parents with very few answers. While her mother and father search for meaning in her death, she’s actually left a trail of breadcrumbs — in the form of cassette tapes — for 13 different people she blames for having a part in her death. One of them is Clay (Dylan Minnette), a classmate (and also a co-worker) who Hannah had a flirty high school relationship with. Clay is taking Hannah’s death hard, and to detail the reasons why will reveal too much of the story.

This is the main reason 13 Reasons Why hurts my heart. It’s clear that Hannah and Clay have feelings for each other, and you see that play out over the span of all 13 episodes — in flashbacks, present day events, and Hannah’s voice-over. You can’t help but root for them to make it work, because they are both shy high school loners who totally belong together. Everyone has been in that weird, awkward vulnerably high school phase of life, so everyone can relate to the blossoming of this young romance.

Then you remember that Hannah is dead, and they’ll never be together, even though you’re still watching their love story unfold.

Your heart doesn’t know what to do because it’s so full watching Hannah and Clay, but your heart’s already broken knowing how their story ends. It’s a weird, conflicting feeling. It absolutely shattered me when Clay cried about his feelings. (And it made me cry a few times, and I’m not really the type to cry over love stories between 16-17 year olds.) It’s heart wrenching watching him go over everything in his mind, trying to figure out what he did wrong. Spoiler alert: Clay didn’t do anything wrong, but Hannah’s still gone. I honestly can’t think of another show that has balanced and intertwined love and loss so perfectly, set against such a real world, it-could-happen-anywhere situation. 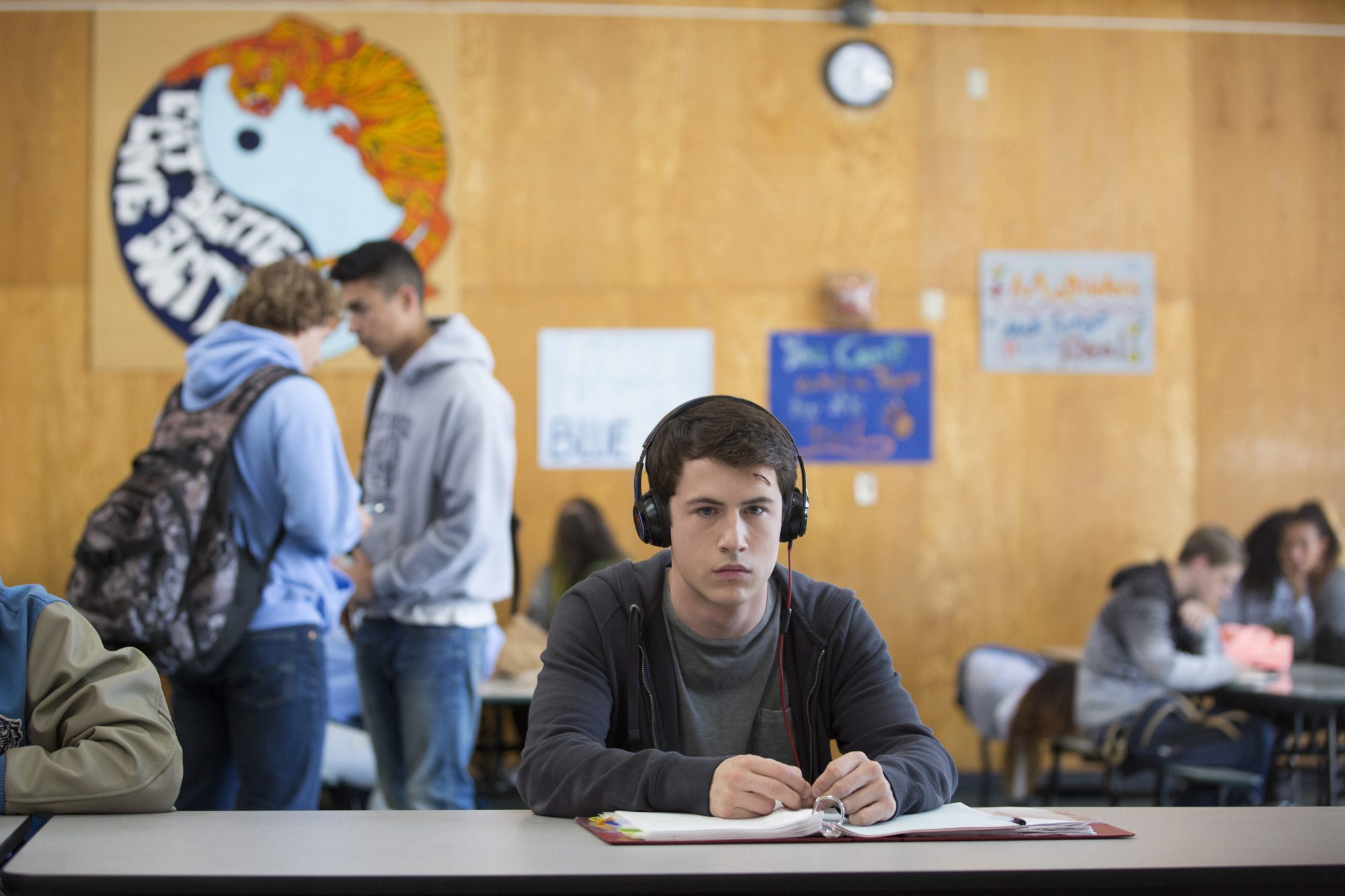 As the show progresses, Clay begins to unravel — slowly, and then all at once. He gets beat up twice. He’s semi-kidnapped, and he semi-kidnapps someone else. The weird thing is that none of these situations seem far-fetched. 13 Reasons Why portrays these high school sophomores, juniors, and seniors as actual kids. So many shows today tend to ~age up~ high-schools, for no particular reason. The kids look, and talk, like kids dealing with a suicide. They lash out, hook up, and swear. (But, it’s been a while since I was in high school, do 18 year olds really have that many tattoos??) Though I am an aging millennial, I related to every single kid on the show, even though I’m 10+ years their senior. That freaked me out a little bit.

Their pain was my pain, and 13 Reasons Why doesn’t shy away from the steps it takes to get to this low point in life, and the aftermath. I can’t applaud Netflix enough for actually showing these graphic scenes of life, because so many other shows either gloss over them, or everything happens off-screen. 13 Reasons Why dealt with them all head-on — and it’s not just a story about suicide. You name it, 13 Reasons Why featured it —  from violence, drug use, sexual harassment, rape, bullying, coming out, and the list goes on. I can already see teachers showing this show in classrooms across the country, and don’t roll your eyes at it, kids. Pay attention.

I cried at least once during every episode, except for the pilot, but I blame that on the fact that I was trying to make brownies. I didn’t just cry at the sad stuff, either. I cried all through the school dance scene where Clay and Hannah see each other from across the room — because it was such a picture-perfect young love moment, and my heart just completely broke for Clay, because I had already been clued into the ending, and this would be the only perfect moment he and Hannah ever had, and I promise I’m not crying thinking about it right now. (I am.) 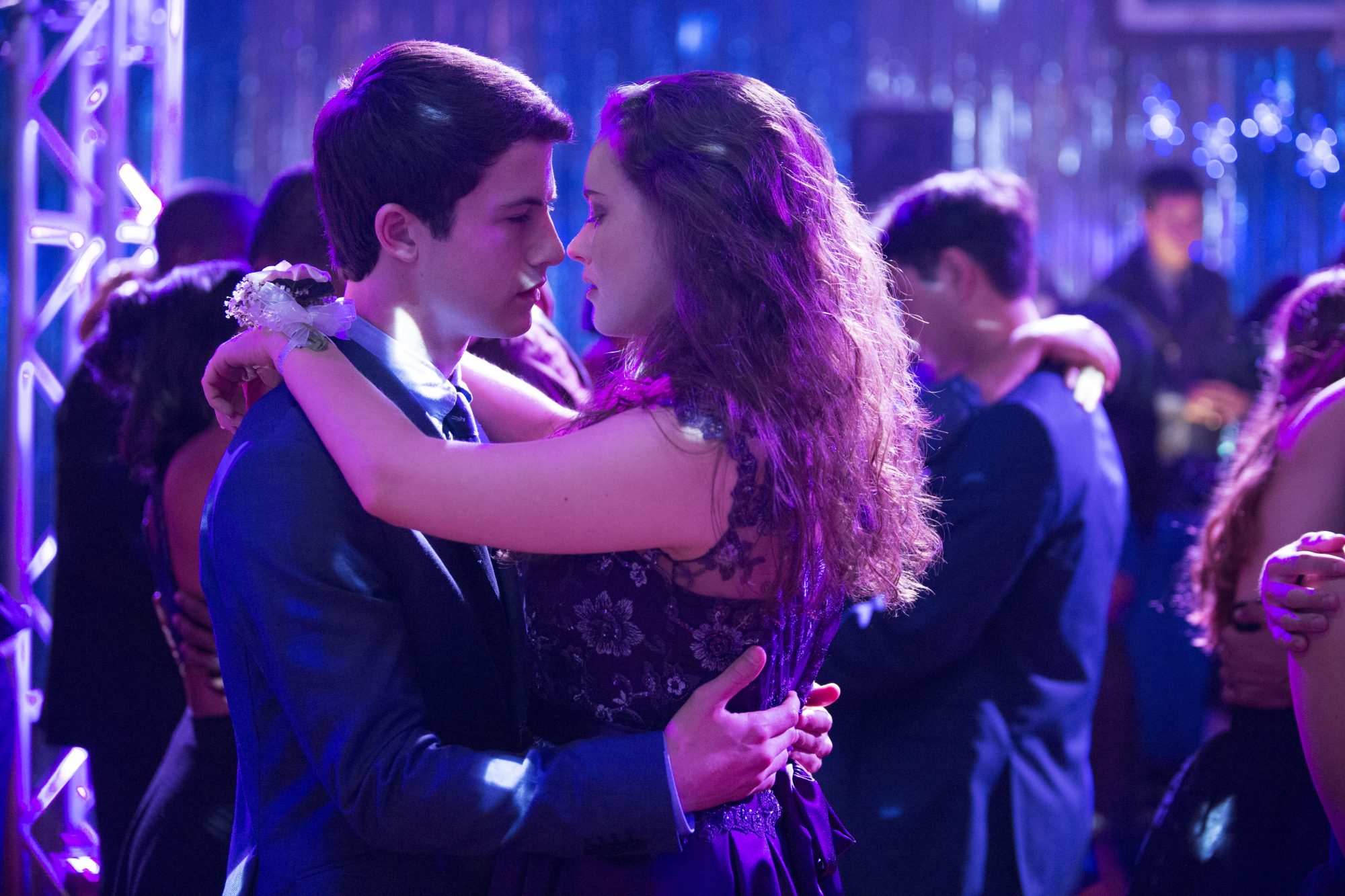 I actually cried the MOST when the song “Only You” came on in the last episode (it’s a new Selena Gomez cover, thanks for breaking me Selena), because that song is so haunting as it is, and when you get to “Tape 7, Size A” and this scene, you’ll know why it destroyed me. It was sad, but so hopeful at the same time.

In hindsight, though, I’m trying to figure out exactly why binging this show destroyed me. Usually I only cry at This Is Us and stories where the dog dies. It’s not an exaggeration to say that 13 Reasons Why completely broke me. It’s been two days since I finished my binge, and I’m still not over it. I know I won’t be over it by the end of this week, and the story will stay with me for so much longer. It is real, and raw, and honest in a way I haven’t seen from Netflix before, and I hope this is only just the beginning of where their stories will take me next.