Most people know and love NASA for its groundbreaking research in space travel and aeronautics, but did you know that they’re also comics publishers? That’s right — our favorite/only space agency dropped a comic today, and being NASA, it’s about the water cycle. 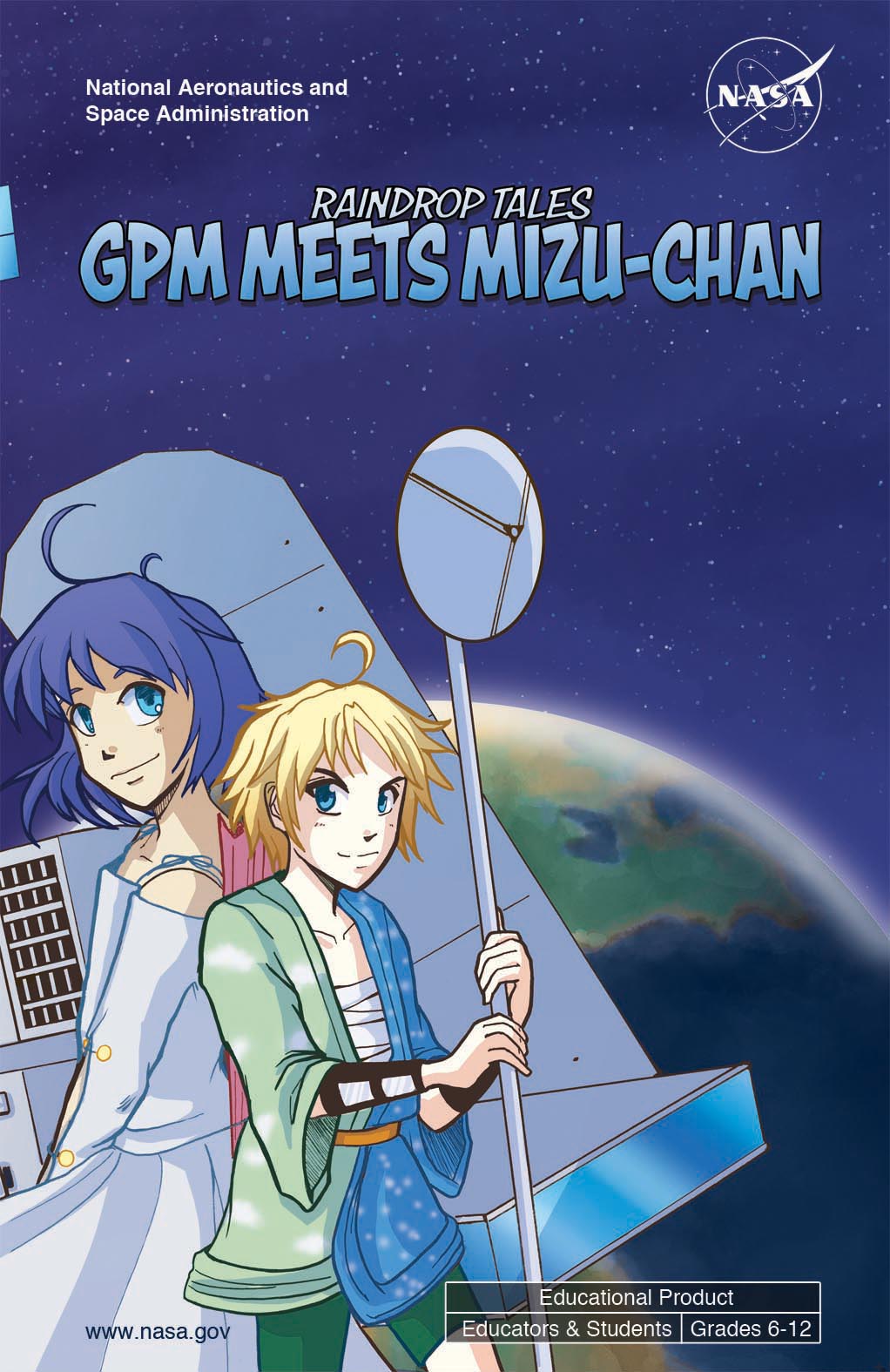 Titled Raindrop Tales: GPM Meets Mizu-Chan, the comic follows GPM (aka the Global Precipitation Measurement satellite) and Mizu-Chan (“mizu” is Japanese for water), and explains GPM’s mission, which is, according to Smithsonian Magazine, “[to beam back] global estimates of rain and snow back to Earth every three hours.”

NASA held a contest in the spring of 2013 to come up with characters representing the GPM mission, with the winners also determining the comic’s style. The Japanese manga-inspired looks come from Yuki Kiriga, who designed the character GPM, and Sabrynne Buchholz, who came up with Mizu-Chan. The goal: To teach kids about the water cycle, GPM’s role in monitoring precipitation measurements, and to characterize concepts like “precipitation” for child readers. (And some adult readers, to be honest.)

As an educational tool, Raindrop Tales works well as a story; and, it helps that Aja Moore perfectly illustrates these abstract concepts, like in this panel on Mizu-Chan’s different forms: 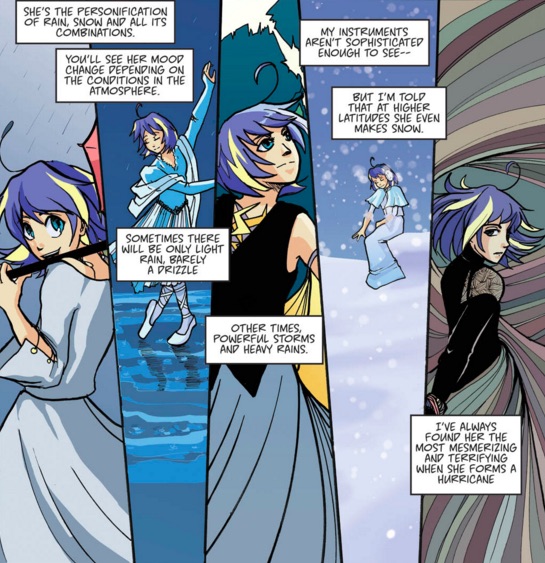 We’re not saying that every science lesson should be presented in graphic novel form, but it shouldn’t be a secret or a surprise that pairing scientific theory with cute illustrations makes the former even much more arresting to readers of all ages. You can check out all of Raindrop Tales here; no word on what NASA’s next comics project will be.

A cheat sheet for all the new comic book power ladies