It seems like just about everything about 2016 is a clear sign of the end of days. It’s been a hell of a year and suffice it to say, there’s still quite a bit left to go. People have been deriding the “pumpkin spice” craze as of late — it pops up earlier and earlier each year, and there seem to be even more products that are scented “pumpkin spice” than ever before!

Instagram and YouTube nail guru, Twi_star, finally outdid them all with her Pumpkin Spice Nail tutorial, and it is HILARIOUS.

She uses OPI’s orangey “It’s a Piazza Cake” nail polish as a base for the pumpkin pie spice, since it’s pretty close in color. 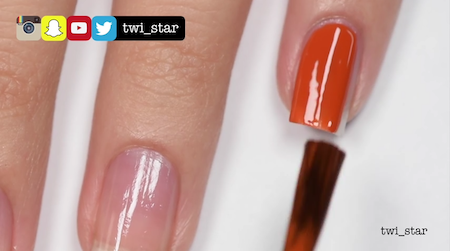 After applying a lot of sticky topcoat, she dusts the pumpkin spice directly on her nail! 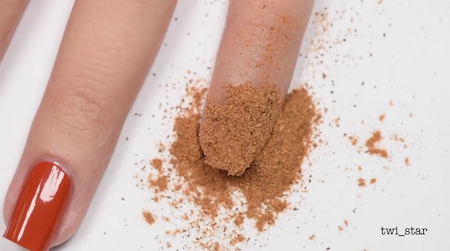 Obviously, she has to seal it in with some more top coat! 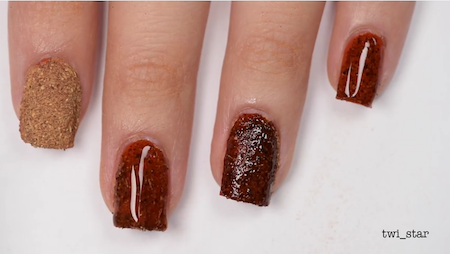 We guess it kind of looks like pumpkin pie? 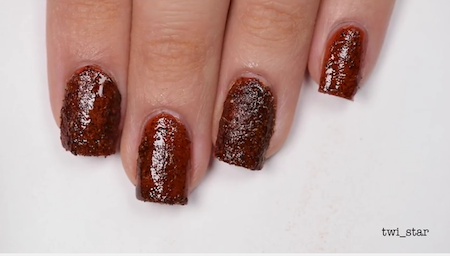 Ultimately she prefers it without the top coat. A wise choice. 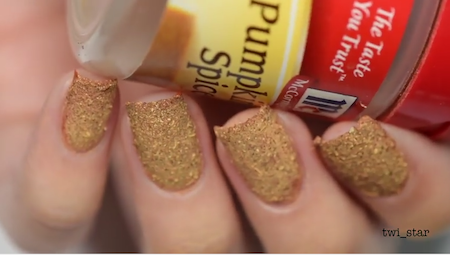 It’s as ridiculous as you think it would be, but a perfect antidote to all the pumpkin spice mania that seems to be percolating in the universe. And I don’t know about you, but it looks pretty fluffy to me, however impractical it might be.

Sometimes you just need a laugh, and this silly tutorial, along with her coughing at the end of the video as a result of inhaling the pumpkin pie spice is pretty delightful.