Let’s be real: we are never not thinking about sexual assault. It is a subject that is always in the back of our minds. Since April is Sexual Assault Awareness Month, we thought it would be a good time to explore some of the myths about sexual assault in our society that are both pervasive and inaccurate.

Myths about sexual assault tend to create “a false sense of security by legitimizing sexual assault or denying that it even occurs. . . blaming the victim for their experience or making excuses and minimizing their assaults,” according to Women Against Violence Against Women (WAVAW). In other words, people assume they if they do everything correctly — Don’t wear a short skirt! Don’t leave your drink unattended! Don’t go out after dark! — they will never experience sexual violence. The reality, though, is that only when we truly address the root causes of rape culture — power and control — will it cease to exist.

With that in mind, are 10 myths about sexual assault that we need to dispel for good.

Our society primarily focuses on sexual assault happening to women. It is true that sexual assault happens to women more often than men, but sexual violence can happen to anyone, of any gender, by any gender. The National Institute of Justice says that 1 in 6 women and 1 in 33 men reported experiencing “an attempted or completed rape at some time in their lives.” But assuming that sexual assault only happens to women can be incredibly harmful because it erases everyone else’s experience. Men can be victims, as well as girls and boys.

Myth #2: Rapists are motivated by lust

One of the most common — and infuriating — rape myths is that perpetrators just can’t help themselves. This thinking removes blame from the perpetrator and shifts it onto the victim. In reality, sexual assault does not happen because of lust or even sex addiction. Even though it has the word “sex” in the name, sexual assault has nothing to do with sex — it’s about power and control.

Myth #3: Drinking too much leads to being a victim of sexual assault

A victim isn’t sexually assaulted because he or she drank too much or used drugs. This myth is sadly alive and well in society because we are always looking for a “reason” that sexual violence happened. Blaming someone for using drugs or alcohol takes the responsibility off the perpetrator yet again. It is true that alcohol and drugs can impair the victim’s judgment, but that does not mean they brought sexual assault upon themselves. The perpetrator is responsible for his or her own behavior. 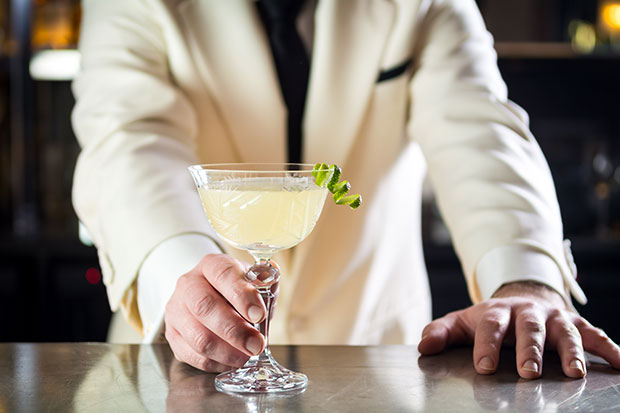 Myth #4: You’re more likely to be raped by a stranger

Myth #5: If the victim didn’t go right to the police, it wasn’t sexual assault

After experiencing sexual assault, a victim may be too jarred, confused, exhausted, or even afraid for their life to go straight to the police. It is not uncommon for someone who was just sexually violated to wait days, weeks, months or even years to tell someone what happened. It’s important to recognize the fact that everyone deals with trauma differently, and for these reasons, 68% of sexual assaults aren’t reported to police, according to Rape, Abuse, & Incest National Network (RAINN). In fact, repeating their story to police and other authorities, and perhaps even getting involved in a long legal battle, is often too overwhelming for a victim to engage in right after a traumatic event. No matter what a victim decides to do, she or he needs our support.

Myth #6: If the victim didn’t put up a fight, it wasn’t sexual assault

It’s comforting to think that if someone tried to sexually assault us, we would fight back and stop it. Many people believe that all rape happened after a physical struggle, but this is an ignorant assumption for several reasons. First of all, many victims are (understandably) terrified that if fight their assailant, they’ll be injured even murdered. In the moment of fear, some victims choose not to put up a fight as a coping mechanism because it seems like the least likely option to get them killed.

It turns out that there is a psychological reason for this reaction The prefrontal cortex of the brain can be severely impaired during sexual assault, as the Washington Post notes — meaning that all that’s left “may be reflexes and habits” such as “freezing” (like a deer in headlights) “tonic immobility” (going rigid and being unable to move), or “collapsed immobility” (collapsing and being unable to move, like a possum playing dead). “Most victims will freeze, if only briefly. Some will fight back, effectively. Some will resist in habitual, passive ways. Some will suddenly give in and cry,” writes Department of Psychiatry of Harvard Medical School instructor James W. Hopper, PhD. “Others will become paralyzed, become faint, pass out or dissociate. Few who have experienced these responses realize that they are brain reactions to attack and terror. They blame themselves for ‘failing’ to resist. They feel ashamed. . . Sadly, many investigators and prosecutors still don’t know some or all of these brain-based responses.”

Nothing that you wear “causes” sexual assault. Men and women have been sexually assaulted in all sorts of clothing — pants, dresses, pajamas, school uniforms, Halloween costumes, literally anything. Citing a person’s outfit as the reason he or she was assaulted is victim-blaming and it goes hand-in-hand with the myth that the perpetrator is “not being able to control lustful urges.”

Myth #8: You can’t be assaulted by a partner or spouse

We know that victims of sexual assault usually know their perpetrators. Sometimes that perpetrator is someone the victim is in a relationship with or even married to. The latter case is called “spousal rape” and for a long time our legal system did not recognize spousal rape because our society just assumed that a husband was entitled to his wife’s body at any time. Then, starting in the late ’70s, feminist activists rose awareness of this issue, and in time, it became to be widely acknowledged by society, according to TIME. Today, spousal rape is illegal throughout the country and rightfully so. Being in a romantic relationship with someone absolutely does not give them automatic rights to do whatever they want with your body.

Myth #10: If the person orgasmed during a sexual assault, it means they liked it and it wasn’t really assault

Some victims of sexual assault have had an orgasm. Does this mean they “liked” being assaulted? Or that it was not really sexual violence? No, anything that happens without someone’s consent is sexual assault. It’s important to remember that orgasms are associated with pleasure, both mental and physical, but at its basis, it’s a biological response. Think about tickling, for example — someone who hates being tickled may be actually infuriated and agitated when being tickled, but their biological response is still to laugh. Physical arousal and orgasms are the same way. An orgasm may be a confusing response, but it does not mean the victim “liked” it or consented.

These are just 10 of the most pervasive myths about sexual assault in our society. If you have other myths that you want to share, please mention them in the comments.

The National Sexual Assault Hotline is available 24 hours a day, 7 days a week, at 1-800-656-HOPE. You can find out more information about sexual assault at the Rape Abuse & Incest National Network (RAINN).