7 things you used to do on Myspace, as illustrated by Taylor Swift

If you haven’t already heard the news, the world has done a bit of Internet archaeology to uncover a juicy relic of Taylor Swift’s past. No, it’s not photos of Swift’s apartment. It’s her alleged Myspace page! Talk about a blast from the past.

Long before she became known for shaking it off, Ms. Swift was setting up her Top 8 friends with the best of them. So, apparently many of these screen caps from her maybe real page have been making the rounds for a while, but now they’ve been compiled all nice and neat on Buzzfeed and we’re swiftly learning (LOL) that the Bad Blood singer was once doing pretty much the same thing we all were in high school. See for yourself:

1. She called out friends who uploaded not-so-flattering pics up

For some reason, even Taylor Swift’s friends were cruel enough to post “fugly” pics of her on their page. And just like all of us at some point, she was all about asking them to TAKE IT DOWN.

2. She totally left compliments on her friend’s pages just to make their day.

We need to do a lot more of that.

3. She positively reminded female friends she would date them if she, personally, was into females.

4. She took flash-on selfies with her besties 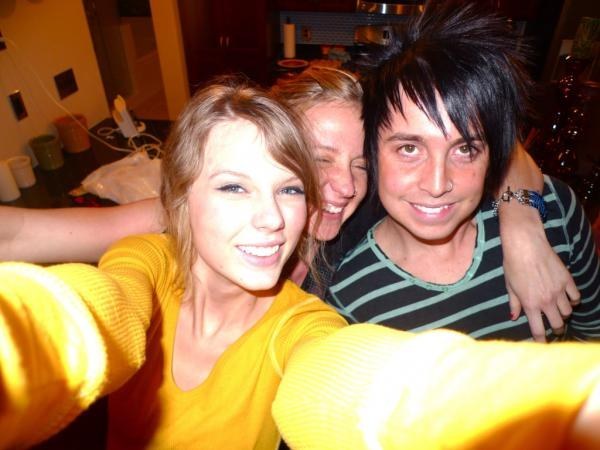 This was BEFORE smart phones were in everyone’s pockets, y’all. Also, shout-out to that glorious scene mullet.

Guess she wanted *someone special* to know how she felt, without actually telling them. Also, fuck sewing machines, apparently.

Oh, Taylor! I remembereth those days. Why did we do that again? Maybe we’d all just finished reading Hamlet in sophomore English class?

7. She talked about her plans (and/or made plans) publicly ’cause if you didn’t make plans on Myspace, did you really make plans at all?

Taylor, you’re making me feel all sorts of nostalgic. Myspace 4-Ever.