Beloved TV series My So-Called Life premiered on August 25th, 1994. To celebrate its 25th anniversary, HG contributor Kelly Glass describes rewatching the show now that she is the mother of a teen herself.

“Listen to me. I thought you liked Yearbook. Your room is a disaster. Do you ever think I dreamed that I would sound like this?” Patty Chase yells as her daughter Angela (Claire Danes) quietly slips out of the room. Six binge-watches and 25 years after the pilot episode of My So-Called Life first aired, I suddenly felt seen as a mom to a teenager. The show, which only aired one season, has been heralded as one of the most underrated coming-of-age teen dramas of its time. Secretly, though, it’s really a well-disguised warning story of what happens when distressed teens become distressed adults who parent distressed teens.

My So-Called Life certainly still holds up as the remarkably relatable, angsty observation of life through the eyes of a 15-year-old. Watching it now through the eyes of a teenager’s mom, this one-season gem offers much more commentary on the changing tone of parent-child relationships during adolescence than it’s given credit for. Moments like the dinner table scene in which Patty eats her vegetables and catches the glance of her daughter are when we get to hear Angela’s inner teen monologue: “I can’t even look at my mother without wanting to stab her repeatedly.” We hear the exact kind of frustrated idea we assume our kids are thinking, but have no proof—even though we know they don’t totally mean it.

If we pay close attention to the adults in the show, they all mimic an older version of their teenage selves.

In Episode 5, as Angela deals with her pubescent pimple, her father, Graham, and Patty deal with the scars left behind by their own zits. Angela’s dad often proclaims how unpopular he was in comparison to his wife, Patty. While flossing his teeth in a bedside discussion with her, he highlights Patty’s seemingly perfect high school existence. “Everybody gets pimples in high school,” Patty says.  “You didn’t,” retorts Graham. “My face was an Italian entree. You had one pimple, like the single perfect rose.”

Patty spends the episode obsessing over the lines around her eyes, doling out money for a department store eye cream, and obsessing over an upcoming mother-daughter fashion show. Angela, wallowing in her insecurities over her own looks, is oblivious to this shared weakness with her mom. While trying on dresses that Patty made for the show, Angela criticizes the whole thing, complaining that the fashion show is just about making her mom feel good.

“You expect me to be beautiful because you’re beautiful,” Angela cries to her mom. “Well, I’m sorry, I’m not.” In a rare speechless moment for Patty, we see her adult insecurities play out in her daughter’s life. “I, like all women, am becoming less and less attractive in the eyes of the world and more expendable as I grow older,” she tells her husband.

“Angela, wallowing in her insecurities over her own looks, is oblivious to this shared weakness with her mom.”

Angela and Patty’s drastic hairstyle changes also give us a hint about their similar life transitions. In the pilot episode, Angela sports her natural brown hair color before dying it some Manic Panic shade of red without her mom’s approval. Later, Patty cuts her hair short with bangs, a style that Graham jokingly likens to Hillary Clinton’s. Patty, like the teens on the show, is struggling to fit in and find her identity, but it doesn’t dawn on the teens in My So-Called Life that the surrounding adults don’t exactly have control over their lives either. In one scene from the series, Angela notices her teacher’s lunch (a sandwich) and exposed bra strap, and thinks about what a “depressing” image that is. It’s as if Angela thinks that, because her teacher is an adult woman, she should be eating something different and wearing something better than a bra with straps slipping out of place. 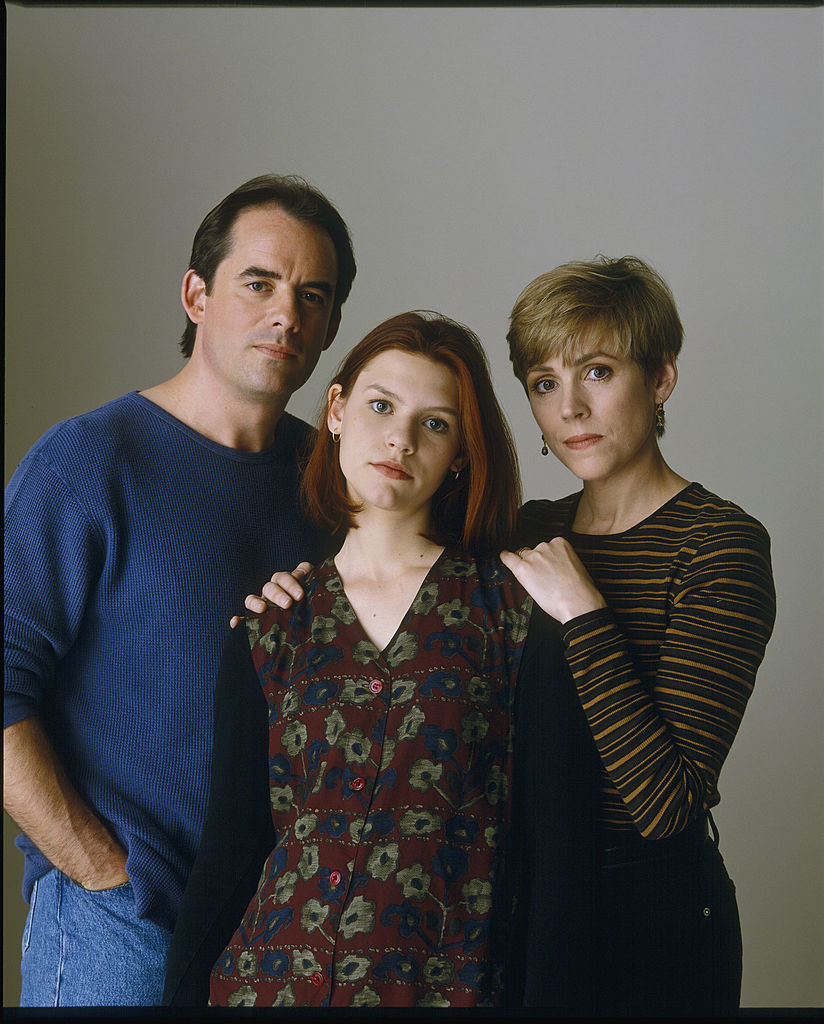 We get to know another mom on the show, Amber—mother to Angela’s friend Rayanne. In their interactions, Amber reveals something to Angela about adult women, specifically her own mom. Amber is teaching Angela about tarot cards, and Angela asks a question about her mother. When Amber draws a daughter card in response to the question, Angela exclaims, “She’s a mother!” Amber replies, “She’s a daughter, too.”

“As much as it might surprise our teens, us moms were once introspective young adults who dreaded norms, hated rules, and lived by our insecurities, too.”

As much as it might surprise our teens, us moms were once introspective young adults who dreaded norms, hated rules, and lived by our insecurities, too. We never totally escape those facts of life, and we still don’t have it figured out. My existential crisis? I remember it like it was yesterday. I’ve retired my flannel shirts and combat boots, but I’m still a person—a mom—who is trying to figure it out. Because even though it feels like my teen and I are light years apart with generations between us, I was in high school once, too. And no one ever really leaves high school, do they?