When I graduated from physical therapy the second time, my therapist was much more pragmatic than the first one had been. The first time I went to physical therapy was immediately after leaving the hospital. I had cancer and needed several surgeries to remove the tumor and the surrounding malignant tissues. Then I had a stroke after one of these procedures, literally adding insult to injury.

My left arm was paralyzed, my left leg was tired and weak, and my face drooped on one side. Despite all of that, I was still young and relatively healthy. My potential for recovery was incredibly high, so my therapists were convinced that I’d do very well. They celebrated my tiniest improvements and insisted that I focus on a distant and idealistic future: me after cancer, after stroke, with two good hands, two strong legs, and a straight, beaming smile.

I went back to physical therapy two years after my illness. I had proved my first set of therapists right to some extent. By then, my mouth had straightened and my leg had almost totally recovered. My arm and shoulder were another story. They could move again, but slowly and awkwardly. The muscle tone had increased over time leading to stiffness and a constant aching pain. Most significantly, my left hand had lost most of its sensory function and would never recover it. I mentioned the pain and stiffness to my neurologist, and she sent me straight back to physical therapy. Things improved a little bit, but as weeks passed, it became clear that I’d need more than just PT to manage it.

“You know,” my therapist said, scowling as she entered notes into her computer, “you might want to think about taking a yoga class. That arm isn’t going to get much better.” 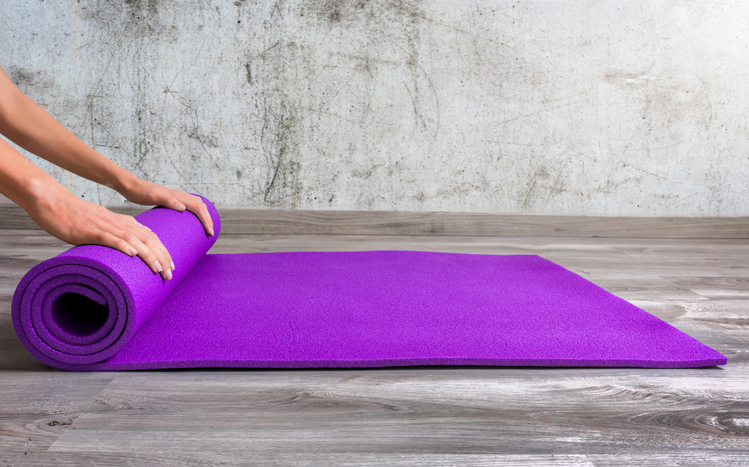 I’m a physician, so I’ve done my share of doling out advice about healthy habits and lifestyle changes.

I’ve talked about low-fat diets and leafy greens, taught techniques to improve sleep, decrease stress, and increase physical activity. The one thing that I hadn’t suggested to my own patients was to try yoga. I gave my PT the same skeptical look and half-hearted nod that my patients had given me time and time again when I’d recommend a lifestyle change—I had absolutely no intention of going to yoga class.

Occasionally a health fad sweeps the nation, and suddenly every other person you know is claiming that it cures everything from obesity to ADHD. When my friends, family, and well-meaning strangers found out that I had cancer, they suggested that I try a number of these remedies to treat it. I was told to eliminate sugar and red dye, to go vegan or paleo, to eat more blueberries to get rid of inflammation. Colonics would rid me of toxins, they said. Essential oils would help with the sadness, they claimed.

After my surgeries and after the stroke, when I walked with a slight limp and my arm was still at its weakest, I started getting suggestions about exercise. CrossFit and SoulCycle and even pole aerobics. But yoga was the one recommended to me most often. I heard miraculous stories about how it made people fit and strong, how it cured depression and back pain and asthma. If yoga could do all of those things, my would-be advisers reasoned, then surely it would work for me.

I knew that people were trying to help, but their suggestions quickly started weighing on me. There seemed to be an undercurrent beneath the advice: I was a broken thing that needed to be fixed. Or worse, that I could fix myself but I simply wasn’t trying hard enough.

The more time passed, the stronger that feeling became—especially once I started to look healthy and “normal” again. If I mentioned my mobility issues or asked for some kind of accommodation, I was often met with looks of shock, confusion, or disbelief. Some people wanted more details and asked probing questions about my hand and my illness. Others shared their own stories about disability—I am forever grateful for those people. However, some others eyed me critically. They made unsolicited suggestions for improving my mobility, always getting to yoga eventually. They didn’t seem to listen when I told them what would and wouldn’t work for me. 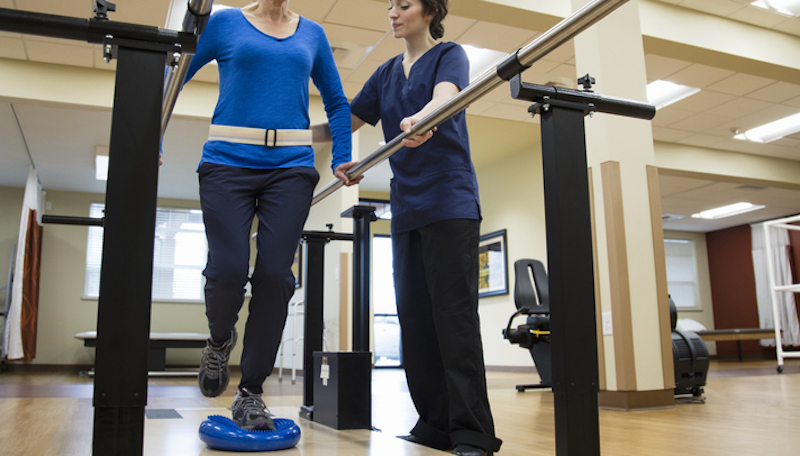 I completed my second round of PT and incorporated the therapist’s recommended exercises into my daily routine. My shoulder loosened a bit, but the pain persisted. I went to a pain clinic where I got injections in my neck, shoulder, back, and upper arm every three months. I tried patches, pills, creams, and massagers—nothing seemed to work. My sleep got worse. So did my anxiety. I was in my neurologist’s office waiting for another follow up appointment when I noticed a brochure on the table. A new yoga studio had opened nearby and offered special classes for PT graduates in addition to their regular schedule. The people in the pictures looked so happy, so healthy.

It took two months, three attempts to sign up, and continuous support from a chronically ill yogi friend before I actually stepped into the studio for my first class.

I shuffled to the back of the room, hoping to hide behind more seasoned yogis. Unfortunately, only two other women showed up and they looked just as bewildered as I did. The teacher was placid, personable, and impossibly fit as I imagine many yoga teachers are. She didn’t ask us why we were there or ask us to share about our respective medical traumas. She smiled and started class. She showed us two or three modifications for each pose, encouraged us to take breaks as we needed them, and offered assistance when we struggled. And oh, did I struggle. I spent half of the class trying not to fall and the other half of the class cursing myself in my head. This was yoga and it was kicking my butt. I don’t know what I was expecting, but it wasn’t to end up shaking and drenched in sweat twenty minutes in. The teacher smiled. I’m convinced that she could read minds. “Don’t think about what you look like,” she said. “Don’t think about what you can’t do. Just focus on what brought you here and do what’s best for your body.” My shoulder ached. I moved on to the next pose. 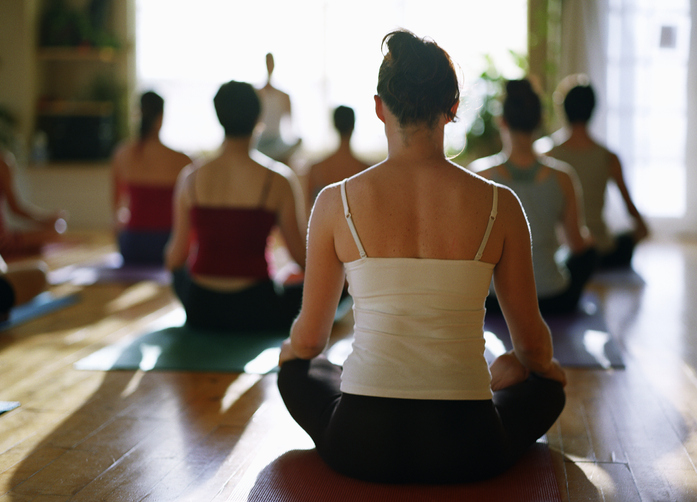 Yoga is not a miracle drug. It did not cure my cancer or heal my brain. My shoulder still hurts. I still have anxiety. I cannot be fixed, but I am not broken.

What yoga has done for me is help my body and me coexist with each other.

My shoulder still hurts, but maybe a little less now. My arm is still stiff, but it is stronger. There are still moments when I flash back to the intensive care unit where I was stroked out, strapped down, and terrified. That old panicky feeling creeps up and threatens to choke me. I close my eyes and focus on my breath.

I still don’t suggest that my own patients try yoga when they’re in recovery—at least not right away. If nothing else, illness has been an excellent teacher. I’ve learned so much about what it means to have a disability, how to be a better physician, and how to work more empathetically with patients. Every therapy isn’t for everybody, so it’s important to listen to disabled people, learn each person’s wishes and goals, and figure out what works best for them. Knowing that I could be the first or the fiftieth person to suggest any kind of therapy (including yoga) means that I had better know whether it’s even feasible for them before I start talking. If I think that yoga may help a patient and they agree, then that’s when we can have a meaningful discussion about how to practice safely.

I may never be able to do a handstand or even much of a pushup. That’s okay. I am stronger in ways that I never thought I could be. I will probably always be annoyed every time a new health fad becomes popular, knowing that at some point someone will suggest that I give it try. I’ll probably give them that same skeptical look and half-hearted nod and then grudgingly—but invariably—return to my yoga mat.