When I was 23, my college boyfriend, Ryan, proposed to me over text message:

“If money wasn’t an issue, would you consider moving in with me in Iowa and someday becoming my wife?”

I kindly thanked him for his offer and reminded Ryan that I had just moved to Los Angeles for my career, not to find a husband. I patted myself on the back for that decision for years.

I would often joke that since I was almost 30, single, and not famous, I’d soon be asked to leave Hollywood. Rather than focus on what I did have, which was a full life, supportive friends, my dream job of hosting and writing a daily talk show, and a potential book deal, I was laser-focused on what I didn’t have: a boyfriend.

I’d often think about Ryan, now married with a kid. I’d wonder if his proposal was my one chance at true love, but then I’d remember that I actually had two great loves: my career and my home of L.A.. For the past nine years, I had been in a loving and supportive relationship with Los Angeles. With each career milestone, I felt celebrated by the city’s sunsets. When my career let me down, I couldn’t help but smile at the palm tree-lined streets. I didn’t even feel at home at my parent’s house in Connecticut anymore, despite the landline being saved as “home” on my phone. Visiting there felt like walking into a museum of my youth. L.A. was where I belonged.

Then I started dating Marvin. 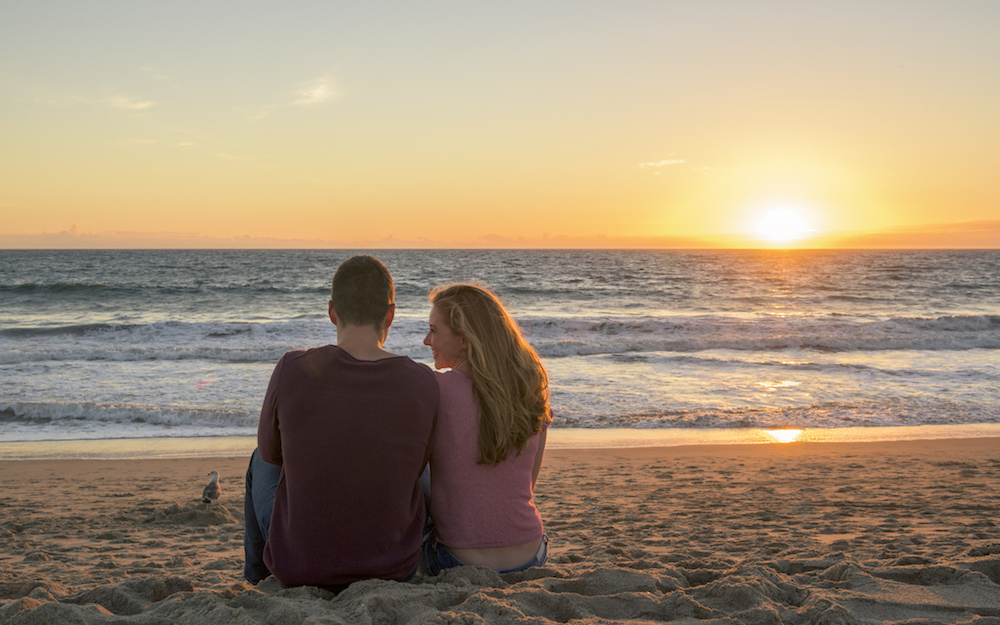 Marvin was a man who seemed to live in a different city every year, but we found a home in each other. He also literally shared the same name as my “home”—I grew up in a house on Marvin Place in Connecticut. Meant to be, right?

I was so caught up with the kismet of us that, until the initial giddiness faded, I didn’t realize how little we actually had in common. Marvin hated Los Angeles, and soon, his distaste for my beloved city rubbed off on me. I started to believe the things he’d say: Those sunsets get boring, there are no seasons here, the streets smell like skunk, if I have to encounter another green juice drinker, I’ll scream.

Marvin got a job in New York and asked me to move to Brooklyn with him. Instead of recognizing this as a huge sacrifice—my career roots were in Los Angeles—I saw it as the happily-ever-after to our love story. It didn’t matter that I felt lost whenever I visited New York City in the past. I forgot about how the lights blind me, how my vagabond shoes get ruined in the slush, and how I never reach that New York state of mind no matter how many slices of greasy pizza I eat. I thought I had to prioritize my relationship.

I sold, donated, and threw away possessions until I could finally pack up my life into two suitcases, just like when I arrived in Los Angeles. But now I stepped off the plane with a dream for my happily ever after—not for my career aspirations. 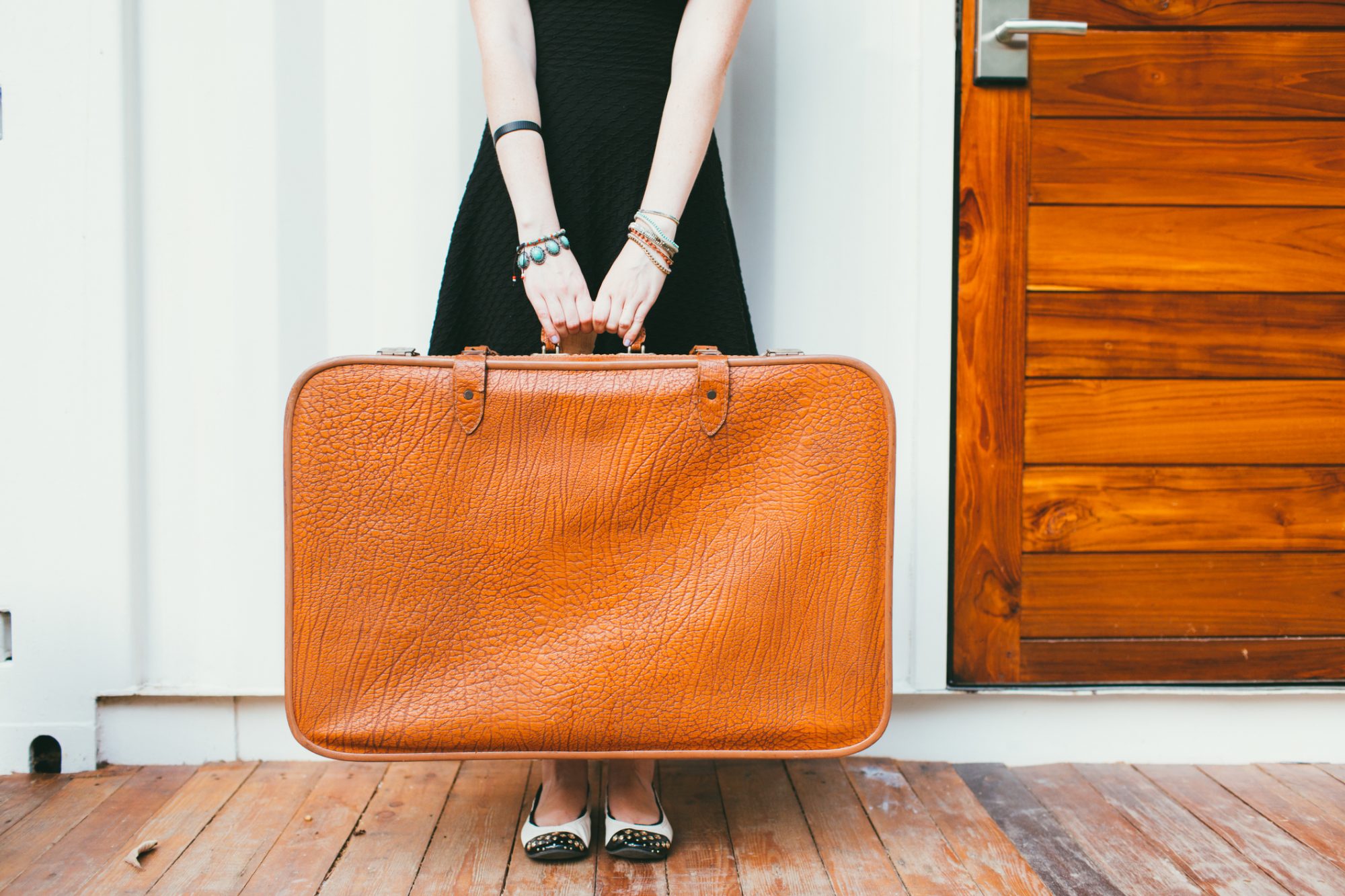 I’d started taking anti-anxiety medication, but almost a year would pass before I realized that my pessimistic boyfriend played a role in a lot of my anxiety. From the outside, you’d think Marvin and I had it all figured out. In the photos on our holiday card, we wore matching sweaters, posed tangled up in string lights, and smiled at a wedding on a lake. On social media, I posted lighthearted Instagram stories about Marvin’s habit of never hanging up his towel. Couple friends found it funny and relatable, but when I’d tell them that I felt unhappy, that I feared it wasn’t working out, they’d laugh and ask if it was “because of the towel.” People didn’t realize that was just the tip of the iceberg for our incompatibility.

I thought I’d moved to New York for us, but soon, my discomfort made it obvious that I had only moved for him. I felt more alone in that relationship than I ever did when I was single.

Last Thanksgiving, I moved out of Marvin’s place and in with my parents on Marvin Place. Thirty-one, single, and living with my parents, I felt like my life was over. Defeated, I booked a trip back to Los Angeles in February and slept on the couch in my best friend’s apartment—but that’s how I found my real kismet. Not Marvin, but an available apartment across the hall from that best friend. I was home, at last, and pleasantly surprised to discover that my life was actually just beginning.

Sure, I’m sad it didn’t work out with Marvin. Despite the loneliness I felt in Brooklyn, I don’t regret moving across the country for love. If I hadn’t taken that risk, I would always wonder what if—just as I did with Ryan.

Most importantly, that leap for love taught me a very valuable lesson: Your worth isn’t measured by your relationship status.

What matters is who you are on your own. Never seek happiness or security from other people when, at the end of the day, you’re all you really have.

Also, I have no clue why I was in such a rush to end this dating game when I turned 30—dating in your 30s is thrilling.

I’m happy to be in a place where I don’t feel like I have to settle because I’m happy with myself. Sure, there are less expensive ways to achieve this epiphany—ways that don’t involve moving across the country twice in one year. But if you happen to make a bold choice based on a relationship that doesn’t work out, you’re not a failure and you didn’t make a mistake. It’s the detours, not the destination, that make us who we are.