Mother’s Day has been mildly irritating for me over the years. My friends usually want to make a big fuss, but I really just want to be left alone so I can watch horror flicks back to back.

Specifically, I want to watch movies with single mothers as the main characters.

My loved ones don’t generally think about that — and none of the top ten lists I’ve seen use that as criteria, so I want to create a list of the top ten horror films starring single mothers. I realize that it’s a weird way to celebrate Mother’s Day, but that’s just the sort of mum I am!

This one is pretty weird. Back when the channel Fear Net was a thing, I would always catch the movie Triangle in the middle, so I never understood the plot. Once I got to see it from the beginning, I realized it was a scary version of Groundhog’s Day from the perspective of an overwhelmed single mother. I can’t tell you a single thing about it or it will give away the twist. Just know that you need to watch it from the beginning and stay tuned until the end.

Mother’s Day celebrate every type of mother — including a mysteriously reclusive mother who refuses to show affection to her children post-surgery. Goodnight Mommy is an Austrian film where a single mother returns home to her twins after substantial facial reconstruction. Once the twins figure out that this may not be their real mother, they devise a plan to confront her. The only reason I didn’t rank this higher is because I couldn’t find an English version and reading subtitles distracted me from the film at times. Veronika Franz and Severin Fiala (the film’s creators) did an excellent job of bringing this horror to life.

So this one celebrates all the single mothers who adopted their child(ren). The main character, Selena, takes in a precocious little pre-teen named Hannah after she is orphaned by the virus outbreak that has taken over London. Selena is not the doting type at all, so Mother’s Day probably wouldn’t be her thing. But she does teach Hannah to use drugs to numb her pain in the face of inescapable male supremacy. 28 Days Later is one of the greatest zombie films of all time…though some zombie aficionados will claim that the virus didn’t actually create zombies (the infected never ate brains, nor were they reanimated after death). This non-traditional family structure was still one that deserves  spot on this list. 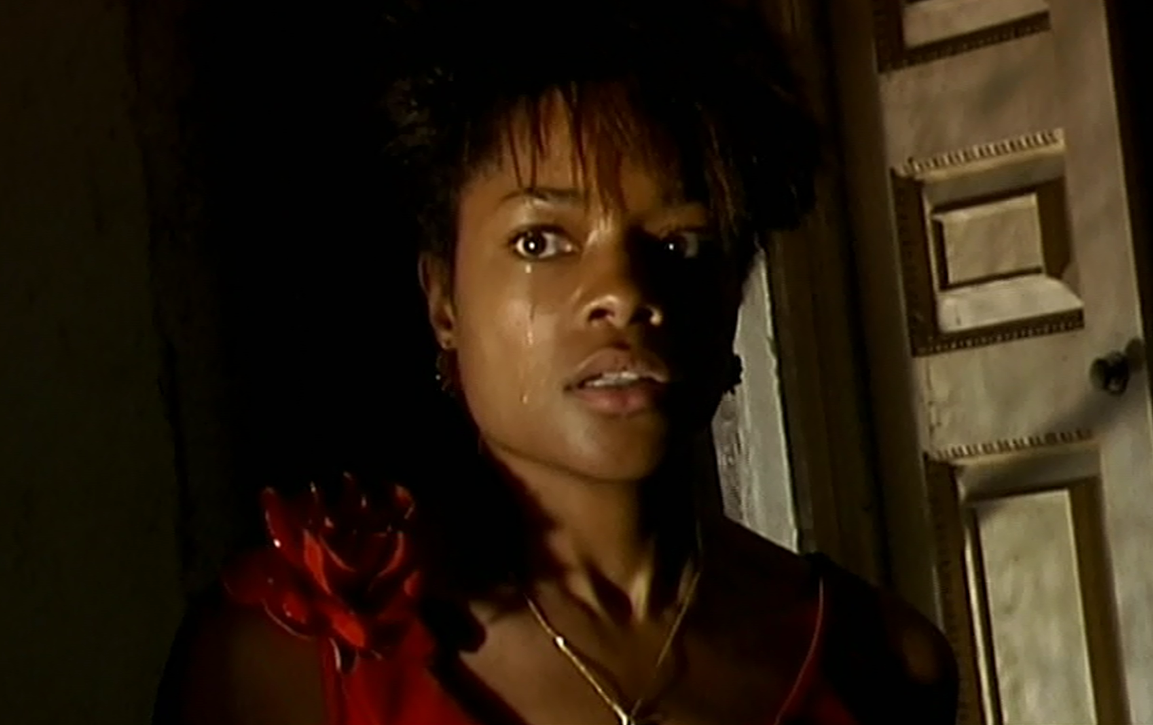 Being a single mother was hard enough for Karen without having to defend her son against police suspicion that he was a murderer. Karen worked her butt off to provide her little Andy with the essentials — food, clothes, shelter, and toys. Karen scraped together some money and got her son the Good Guy doll all the kids wanted. Unfortunately, the one she got was possessed by a homicidal maniac who terrorized them. Out of all the Chucky incarnations over time, the original Child’s Play movie is the best — and it’s the only one where a single mom plays a significant role. This supernatural ’80s slasher film made me appreciate my mother so much more. The only thing I didn’t like was how they warped Afrocentric religious practices into something evil. Otherwise, great Mother’s Day horror movie.

Religion. Can’t live with it, can’t oppress your telepathically gifted daughter without it. Keep in mind that I am referring to the 1976 version featuring Sissy Spacek. The film portrays one of the worst mother-daughter relationships on the big screen. Carrie gets bullied by kids at school and bullied by her mother at home. The movie does not depict single moms in a great way, but it does show some of the very real issues involved with being a single parent. The image of glowing eyed Jesus is ghastly. The death scene is glorious. If you’re looking for a cult classic to enjoy on Mother’s Day, this is an excellent place to start!

Dark Water is gripping — and yes, it involves literal dark water. A recently divorced mother (played by Jennifer Connelly in the American version), and her daughter move to a very obviously haunted apartment with a terrible building manager whose sneaky posture adds a good deal of creepiness to the scenes. We shouldn’t expect anything less from the person who wrote The Ring, right? It’s got everything: creepy doors that open for no reason, suspicious running water, and murderous imaginary friends. In the end (no spoiler alerts) the mother will have to choose what is most important to her. This film, of course, is a remake of the 2002 film of the same name. The ending might surprise you.

This is definitely a slasher classic. Pamela Voorhees works a blue collar job cooking meals for ungrateful, privileged summer camp kids. Although unseen for most of the film, Pamela breaks horror film gender barriers. She takes charge in a gruesome way on a quest to avenge her son’s untimely death. Notable moments include Pamela slicing someone’s face with an axe during a sex scene, and the big reveal when Pamela tells one of the counselors that her son died at Crystal Lake. Pamela Voorhees paved the way for some of the greatest female villains on film, like Mallory from Natural Born Killers, Annie from Misery, and Baby Firefly from House of 1,000 Corpses and The Devil’s Rejects.

Rachel and her son, Aiden, live a peaceful and boring life, until Rachel’s niece is killed by an urban legend come to life. Turns out, some homicidal video is floating around that can end people’s lives within a week. At some point, Rachel decides to watch the video that killed her niece — and from there, other people who have watched it die. I can’t say too much without giving it away, but just know that she makes a choice that most single moms make at some point in our parenting careers. At the end — true to Mother’s Day ungratefulness — Aiden questions his mother’s authority.

Guillermo del Toro is cinematic genius. The striking images he creates in Pan’s Labyrinth will haunt you in a way that is both terrifying and poetic. Unlike the David Bowie version of Labyrinth, del Toro’s classic centers the daughter of a widowed mother, Carmen, after the war in Spain. Carmen has to choose between honoring the child of her deceased husband, or bending to the will of her cruel new husband (who also happens to be the tyrannical captain leading the call for violence against the proletariat). I cry every time I watch this dark fantasy. It is scary and fascinating at the same time. 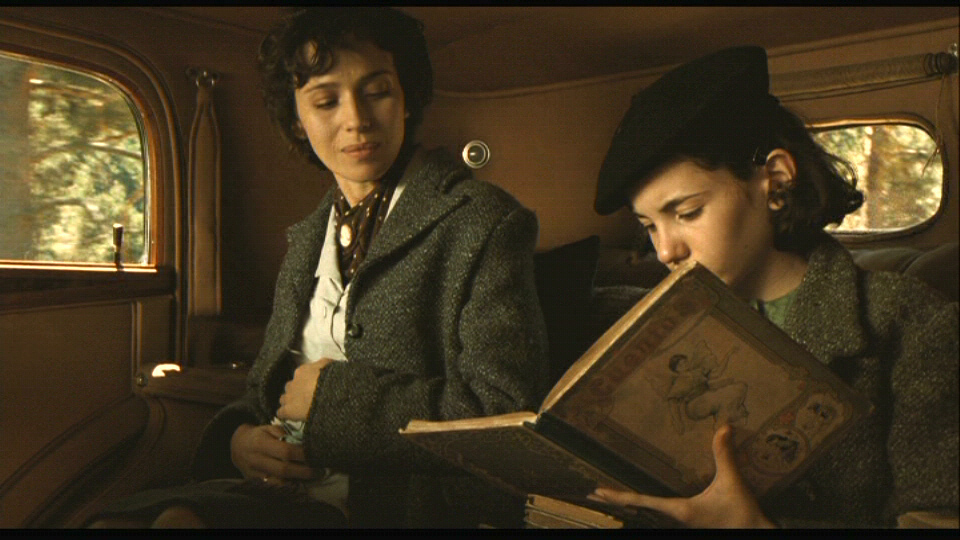 The best things in life are free  —  or relatively cheap. With a budget of $2.5 million, writer/director Jennifer Kent created a timeless love story. Amelia is a single mother who struggles to raise her little boy on her own. One night, after a long day at work, Amelia reads a pop-up book she never noticed before. That’s where we meet The Babadook. Between the self-mutilating book characters and the overwhelming fear of parenting, single mothers can identify with the characters. Without giving too much away, the film celebrates an enduring, inescapable love. If it’s in a word or it’s in a look, you can’t get rid of The Babadook. And isn’t that what Mother’s Day should be? Always there, lurking. Enveloping you in its terrifying omnipresence?

Ok, that’s my Mother’s Day horror film list. I look forward to hearing from all my fellow horror fan mommies out there. And remember, if it gets too scary — just turn back to real life. That’s always more terrifying.